↓
Home Menu ↓
Home→Cycling→Winding down the week

Whew! This has been the most active week fitness-wise for me in quite some time. Since Sunday, I’ve run and biked 60 miles this week! That’s a big number of miles for me. The biking is what brought this number way up. I biked on my own on Sunday for almost 8 miles, then biked twice with Commute Orlando on Tuesday and Friday nights. Those two evening rides were the big numbers. As far as running goes, I’ve run 11 miles this week between my three running days. 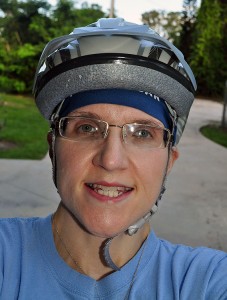 One of the highlights to my week was Tuesday night’s Full Thunder Moon ride with Commute Orlando. When I arrived at the Cady Way trail near Fashion Square Mall, the rain was pouring down in buckets. My bike was already on the back of my car ready to go. It was definitely getting wet for the first time now. That’s right, I’ve had my bike for about a year and it’s never been in the rain. I grabbed my umbrella walked over to the little gazebo where some of the other cyclists were huddled trying to stay dry. Everyone was checking their phones for weather radar information hoping the rain was a temporary hurdle and that it would soon pass. Eventually, it did calm down and we were able to head out. We did have some light rain on and off a couple of times, but otherwise, the ride was beautiful and great. I really enjoyed it and the company of everyone.

On the 4th of July, I had planned to have my parents and brother over for lunch. But, since I was just starting to feel better from my sinus infection, I opted to take a “chill” day. So, less for a quick trip to the grocery store, I stayed home and just enjoyed my day off. It was definitely nice and I felt a lot more relaxed for it.

The other highlight for the week was last night. It was the First Friday right with Commute Orlando. I tried to get to this event a few times last year, but it got rained out a lot. That’s Florida for you. Also, I was living in Kissimmee at that time, so getting to it and from it was a bit more of a distance. This time, I’m living just over 3 miles from the start location at Loch Haven Park, so it’s a lot easier to get to if I’m able to get off of work. I was fortunate enough to have a half day, so I was looking forward to doing this ride. The ride was great as was the weather. Some rain was forecasted, but thankfully, it stayed away. We rode just over 9 miles around Orlando during rush hour and then I joined most of the group for dinner at a local restaurant. It was a great evening. 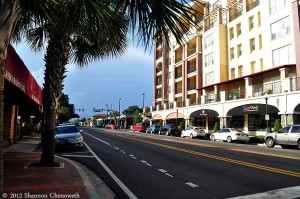 To wrap up the week, I met my Galloway running group this morning for a 4 1/2 mile run through Winter Park. I was a bit tired from last night’s riding, but I felt pretty good overall. This afternoon, after driving to a couple of errands and having lunch, I biked up to Orange Cycle to get my biked checked out and get a new mirror and headlight. Will be winding down the night with some television or a movie and just relaxing at home. All in all, I had a great week and look forward to more weeks with lots of biking.