I’m back for the second installment of The Weekly Pursuit! This past week was a mixed bag for me of good and bad. Mostly good which is a big thumbs up. That said, I will note right off the bat that my goals weren’t completely successful, but I’ll get to that shortly. 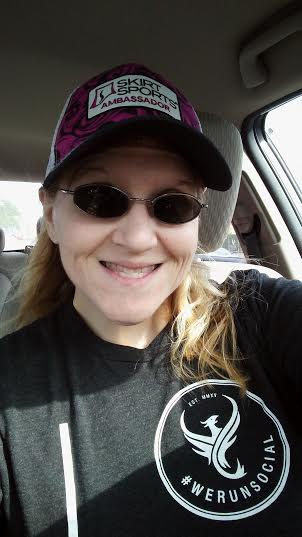 Last week included Global Running Day and the kickoff for Orlando Galloway‘s new training season. With the running excitement going on, that alone made the week pretty great. And, having it be a four-day work week was nice even if it felt like those four days were long when I had to work. Ha.

My workouts went pretty well. I did miss my Tuesday morning run due to not getting to bed early enough on Monday night, but the remainder of the week was successful in getting my scheduled workouts in. I ended up having a horrible headache, which was likely a migraine on Tuesday. The thing just wouldn’t go away, and I had to work until 5pm as we have to work our full shift after a holiday otherwise we won’t get paid for the holiday. Once it hit 5pm, I immediately crawled into bed and just slept. It honestly felt like the longest day and then night, because I was up a number of times with the crummy headache. 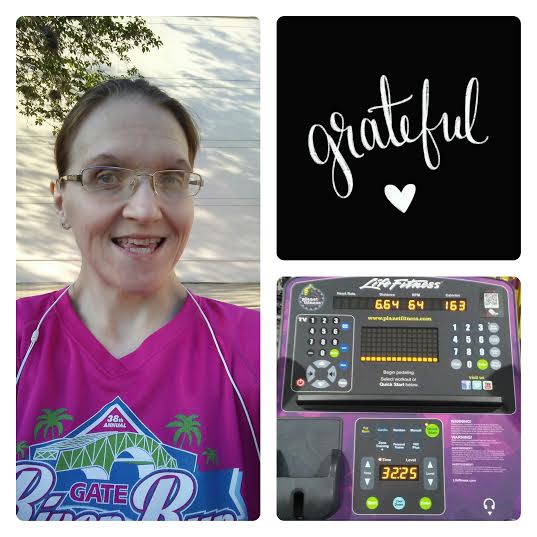 Thankfully, I woke up a bit after 6am on Wednesday and felt a good deal better. I was extremely thankful and grateful that my prayers for relief were answered. Since I was feeling better and up early enough, I got dressed and headed out to the gym for a bike workout. It felt good to get in a workout after resting the day before and all the stress of the headache and having to work. I rarely have horrible headaches like migraines like I used to which I’m always thankful about. When I was younger and even in my 20s, I used to deal with a lot of headaches, especially migraines. They truly are the worst.

Wednesday night, I went to the Global Running Day event at Track Shack. The weather was hot and humid, but we lucked out in that we had a bit of light rain which felt great. The only bad thing was that it was thundering as well and I never run outside when it’s thundering and lightning. But, there wasn’t any lightning, so we were safe. As a runner, I love Running Day each year. It’s important to me to get out there and at least put in a couple of miles for this sport that I love so much. 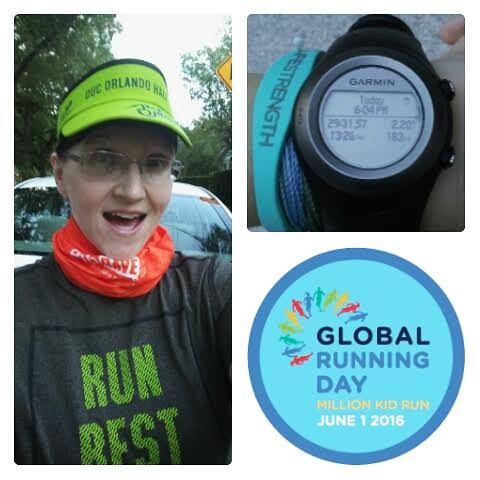 I debated on running with the girls on Thursday morning, but since I only ran 2.20 miles the night before, I wanted to get up and get in some miles. Also, I missed that I didn’t get to run with my friends on Tuesday morning. It was a humid morning, but we got in 3.1 miles and it was a good run. Friday was a rest day and I was so so happy when the work day was over and the clock hit 5pm. 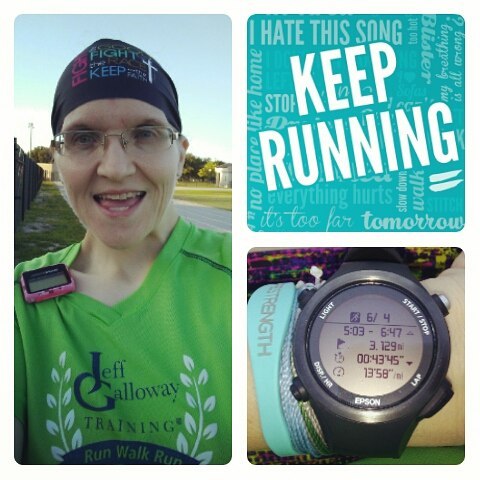 Run before the kickoff event with Orlando Galloway on Saturday.

The weekend began with running as it always does. I ran 5k with Connie and Lisa before our Orlando Galloway summer season kickoff event. I loved that we got the option of a Galloway training visor this year as an alum. Last year, we got a hat, so after getting three tech shirts, my fourth and fifth seasons were head-wear which I love. The visor is great for us here in Florida since I prefer to run in a visor with the heat. As I previously posted on Saturday, the kickoff event was followed by our Group Leader meeting. It was a long morning, but I was doing what I loved, so I most definitely won’t complain! A nap definitely happened though when I got home after my shower! 🙂

Sunday consisted of sleeping in (after waking up a few times considering getting up) until around 10am. I then lingered around the house until I pushed myself to get dressed and head out to the gym. Even though I’m dedicated to getting my workouts done, it’s not always easy getting out the door. I think we all struggle with that sometimes. My bike workout was made great when I discovered my favorite movie on TBS, Back to the Future. Before I knew it, I had gotten in over 8.5 miles on the bike. That was a motivating workout for sure! I then did some errands before heading back home and doing a big cleaning of my bedroom. I threw out a lot of crap which is so good for me. I’m a bit of a clutter bug, so I will keep things thinking I might “need” them. I went through a lot of things and filled up three trash bags. Great way to end the weekend and start the week!

Now, onto my goals and how the ones from last week went and what I’m putting on the list for this week. Irregardless of how well or not I did on a goal, it’s important that I stay accountable. I’m not perfect, neither is anyone else, so we live and learn!

1. Water intake. Mixed results on this goal. I didn’t do as well as I needed to, but that’s okay. It’s a work in progress!

2. Time with God. I did better with talking to Him, but I didn’t read the Bible like I wanted to do.

3. Sleep. Goal was to get to bed by 10pm every night. I would give this a 70% success rate. So, I did better on getting my sleep in, making it a priority, but not 100%. I did put my phone away though every night!

4. Listen to my body. Much better on this one that I have been doing. I listened when I needed to skip the Tuesday run, so I felt that I’m getting more in-tune with it as time goes on.

1. Water intake! Yup, this one is DEFINITELY back on the goal list. I should be chugging so much that I’m visiting the bathroom constantly. LOL!

2. Sleep. Another one back on the list. I’m going to shoot for 10pm again, but I know it will be hard at times. But, it can be done! I just need to make it a priority.

3. Group runs. This is the first official week of the new season of Orlando Galloway training, so getting out to those runs is important. I need to get to know the new members of the group and such. The first few runs are always important in getting to know the new group I’ll be running a lot of miles with.

4. Time with God. An important one back on the list. Going to read my devotional each day and spend time talking with God. I have a number of things I need Him to lead me on, and I need to spend more time talking and listening to Him. 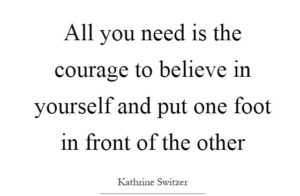 How was your weekend?
What are your goals for this week?