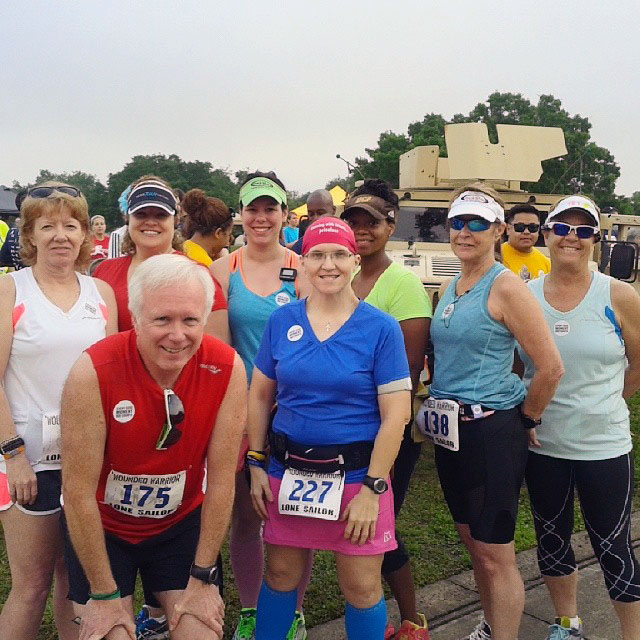 Hey there, hi there, ho there…okay, I’ll stop doing that. I’ve had such a good weekend that I’m sad to have to go back to work tomorrow morning. Unfortunately, got to work to pay for all those races and fun things (not to mention not-so-fun things like bills). Speaking of races, I ran my 9th race of 2014 (I think hitting that 14 in 2014 goal won’t be a problem 🙂 ) on Saturday. It was the Wounded Warrior 10k in Baldwin Park here in Orlando. It was a nice race benefiting veterans. I’ll have a race report up this week.

Today, I got up early and took Eva back out! I think it’s been possibly up to a year (or close to it) since I took my bike out on the road. I’ve been biking at the gym, but it’s not quite the same. This morning, I met fellow running friend, Terrie and we road 9 1/2 miles on the Cady Way Trail. It was a nice morning for a ride! This ride also officially began my triathlon training. I’m training for my first sprint tri in either August or September. The biggest thing is conquering the swim…it’s been WAY too long! 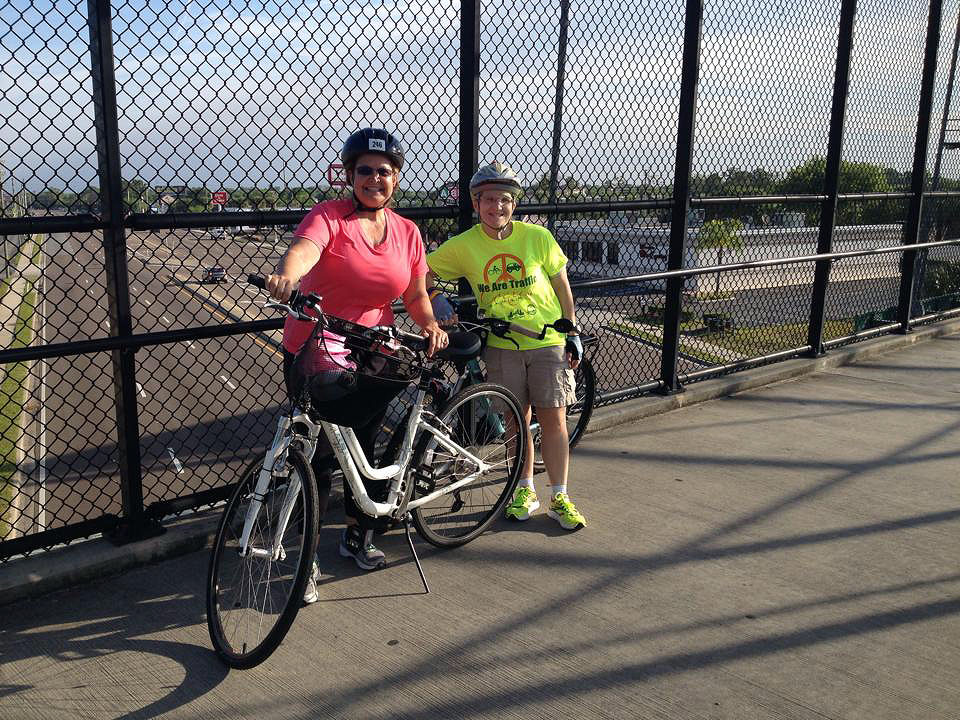 Bike rides are awesome with friends

After the bike ride, we had a nice late morning/early afternoon filled with a walk around Lake Eola (checked out the Farmer’s Market and the Fiesta in the Park), then headed out to a couple of fresh fruit you-pick-em farms. The first one was an hydroponic strawberry farm. So neat to pick your own fresh strawberries! Next, we headed a few minutes down the road to a Blueberry picking farm. This one wasn’t hydroponic, but one you pick from the vines. I’m excited to have fresh berries for oatmeal and smoothies this week!

Last weeks workouts included a gym bike ride on Monday, took Tuesday off as a rest day for my calf. Was back in the gym on Wednesday for another bike workout, and then ran on Thursday morning. I also rested on Friday since I was doing the 10k race on Saturday morning. So, four workout days, which is just one day less than I would have liked. 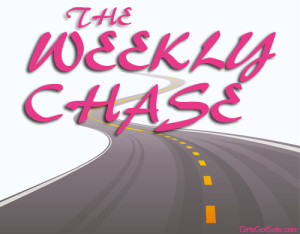 As far as last week’s goals are concerned…
1. Recover from the race. I did well at this! I had issues with my calf up until about Wednesday, but thanks to giving it lots of TLC and a new muscle ball (the Orb), I was able to run again on Thursday morning. It was still sore, but so much better. It’s now pretty much 100% again.
2. More reading. I read a bit last week, but not enough. I think I need to schedule in my reading time just like I do for my workouts.
3. Spend more time with God. Getting better, but a continuing work in progress. I just bought a two-in-one book on Saturday, “Not a fan,” and “Gods at War.” I plan on making time to read them to better my relationship with God.
4. Tri training. Another thumbs up on a goal! I bought my swimsuit and am going to get in the water in the next few days or week! Biking has begun as I previously noted.

And, this week’s goals…
1. Get in 5 days of workouts. I plan on getting in my 3 running days (Tues/Thurs/Sat) and then two days of the gym/biking/strength work.
2. Read daily. Specifically, the “not a fan” book I just bought this weekend.
3. Blog more this week. Pretty self-explanatory. 🙂 I have a list of topics and things I have been wanting to blog on, but I haven’t gotten to write a number of them.