Disclaimer: I write this blog post in a humorous manner, but I am actually truthfully dreaming of being able to do this in early 2014. It would be pretty nice anyway. 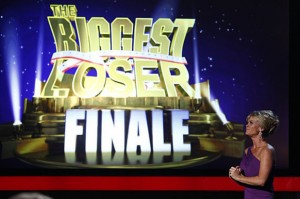 All I want for Christmas is to get two tickets, airfare and hotel accommodations to The Biggest Loser Finale. That’s not too much to ask, is it? Surely, it’s a realistic wish list request. In this world of wish list items such as HDTVs, iPads, and cars, I feel that putting it out there isn’t such a bad thing to do. I mean, who knows? Maybe I’ll get lucky and win tickets from one of my favorite trainers like Jillian Michaels or Bob Harper…crazier things have been known to happen.

You see, I’ve been a fan of The Biggest Loser since way back to good ole’ season two. Those “old hat” fans will totally understand when I put it that way. I remember all the changes the show has gone through and what a ride it’s been. And, before you ask, yes I did go back and watch season one, gotta love those premiere season contestants!

In late 2008, I was finally inspired by season 7 to get my butt in gear and change my life. I felt as though I was an “unofficial” contestant with that season’s crew while I worked to lose weight. Only, I didn’t have to go on national television in just a sports bra and spandex shorts (I feel for those times they have to do that). Though, I think the whole dressing up for the Finale party night and confetti would be awesome as heck.

Anyway, that’s my dream wish list item for the Christmas. It would be pretty darn cool to fly out to L.A. and check out the “other” coast for a few days.

How about you? Do you have something on your wish list that is seemingly unattainable?