My Fall race schedule is starting to come together. I did have the Peachtree Road Race on there or July 4th, but I transferred the bib, and decided to stay in town and do a local 4th of July race instead. Peachtree is still a bucket list race for me, so maybe in 2019. 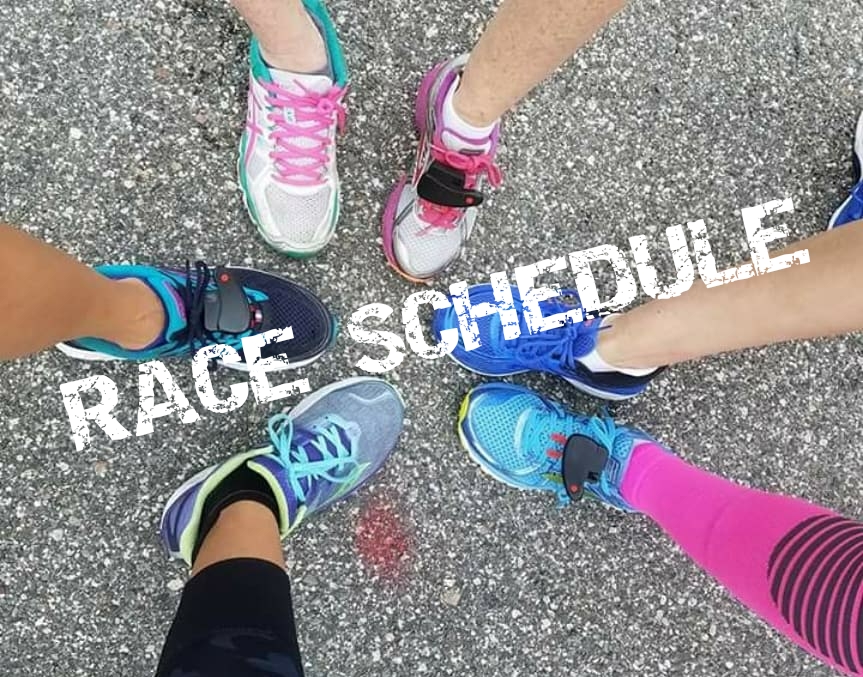 July 4th – Watermelon 5k race in Winter Park, Florida. This is a hometown 5k race that I love doing. It’s definitely a hot one each year, but I do look forward to running with friends and ice cold watermelon after!

October 21st – PNC Atlanta 10 Miler in Atlanta, Georgia. While I’m missing Peachtree in July, I am looking forward to heading to Atlanta in October for this 10 miler. I will be running this one as a BibRavePro and I plan on getting in my hill training for it!

February 10th – 26.2 with Donna Half Marathon in Jacksonville, FL. I love this race, and I’m looking forward to running the half again in February. They have changed the course again, so it’s now starting and finishing at Neptune Beach. I first ran DONNA in 2013 as my first marathon, and have since run it a total of four times, the marathon distance twice, and half marathon twice as well.

I will have more races to plug in my schedule, one likely in November and another in January. Those will likely be half marathons that I will run as a pacer. As soon as I get confirmation, I’ll update my race schedule. I love being a pacer, so I look forward to doing a couple more races as one soon.

How is your Fall race schedule looking? Anyone running a marathon?

Happy Summer Soltice! Are you enjoying the longest

8 miles with my group this morning. Trying to keep

Great morning run with my group in the Florida hum

Are you Chasing the Sun with @buff_usa and @strava

Bike workout. Would have preferred to run, but did

Be you. You are unique and special. Embrace who yo

The spirit helps us in our weakness. #bibleverse

This morning didn't go as planned... Arrived to my

Morning pedal session while catching up on Law & O

He is my God, and I trust Him. #bibleverse #faith