Wow, it’s hard to believe that in less than a week, it will be Christmas! It always seems to come around so quickly once we hit the end of the year! I’m looking forward to spending time with my family. It’s not about the gifts, it’s about who you are with. 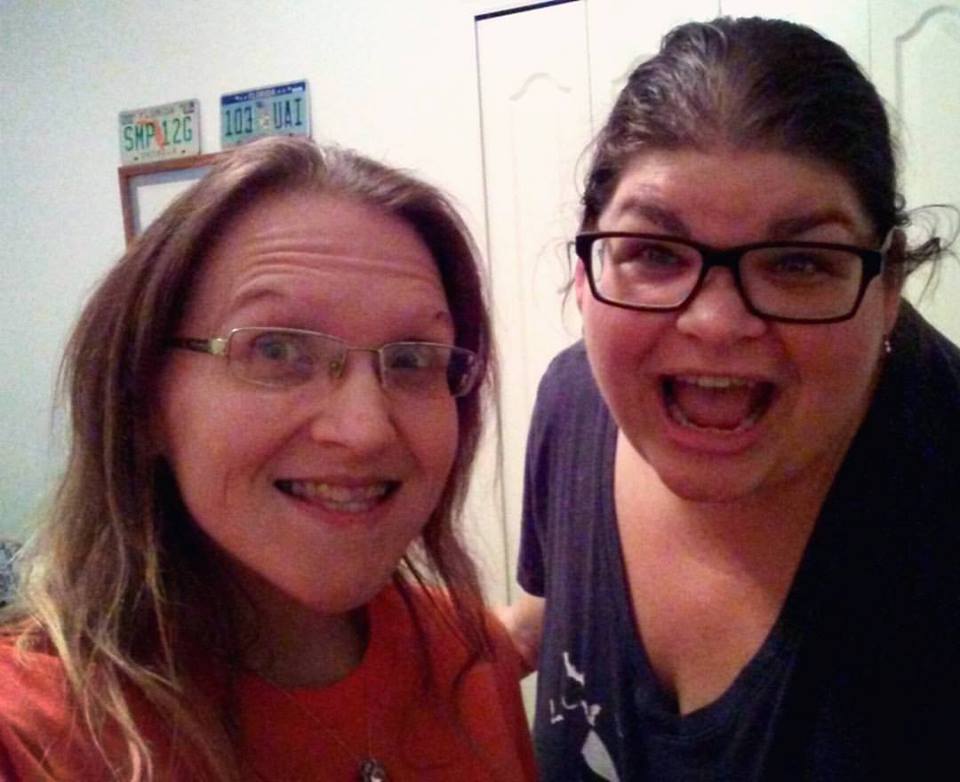 With my friend, Megan

This past weekend was one of the best weekends I’ve had in awhile. I got to see a friend who I’ve known for most of my life (over 30 years). We haven’t seen one another in years, but it’s so great how a childhood friendship can transcend the years. We had such a GREAT time. I loved meeting her husband and four kids. We talked a LOT and later once the little two went to bed played these games through something called JackBox Games via their Playstation. I don’t think I have laughed so hard in quite some time.

On Saturday before seeing my friend, I had hit up the expo for the Hot Chocolate 15k. The race was in Tampa, so I left Orlando just after 10am so I arrived a bit after 12pm. As I was heading up to the packet pickup, I finally met fellow BibRavePro, Samantha Andrews! She was heading out with her mom and nephew. Was a great way to start my time off in Tampa for sure.

The expo itself for the Hot Chocolate wasn’t very big, but in all honesty, I wasn’t expecting that much. The packet pickup was quick and easy, and then I got my goodie bag and checked out the couple of vendors I was interested in before heading out. I would say, I was there for maybe 20 minutes or thereabouts just so I could be sure to see what was there since I was reviewing the race for BibRave. 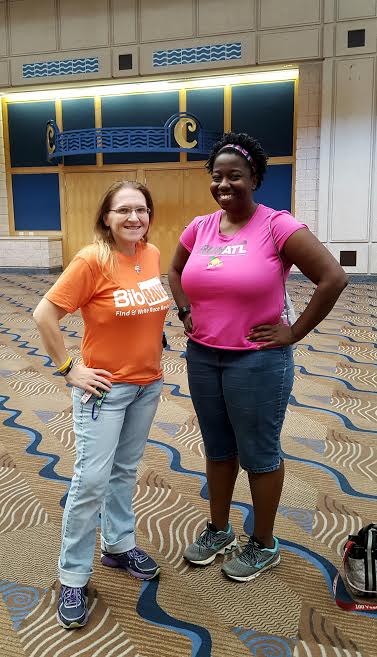 Fellow BibRavePro and myself at the Hot Chocolate expo.

After the expo, I located the nearby Whole Foods and funny enough, it was right with a Target. So, I was able to get a few things in Target before picking up something for dinner at Whole Foods. Then, I was off to my friends house. It was a nice day and the drive to Tampa isn’t too bad as it’s about an hour and a half from Orlando.

Sunday morning, I woke up just after 6am to get dressed and ready for the race. Funny enough, my friends four-year-old woke up about the same time and boy is he a morning person. Ha. He was asking me questions about my compression calf sleeves and why I was putting on body glide. It was amusing and the most talk I’ve heard that early in the morning less for my running group. 🙂

Arriving at the race, I immediately ran into a familiar face. Fellow blogger and runner, Katy Widrick and I spotted one another as I walked in. It was so good to see her, as it’s been a few months. She always looks so happy and I love the positive outlook she has. I then spotted Samantha nearby with the pacers, as she was the race sweeper. The three of us chatted for a few minutes before I went over to use the port-o-lets and they headed to the starting area. 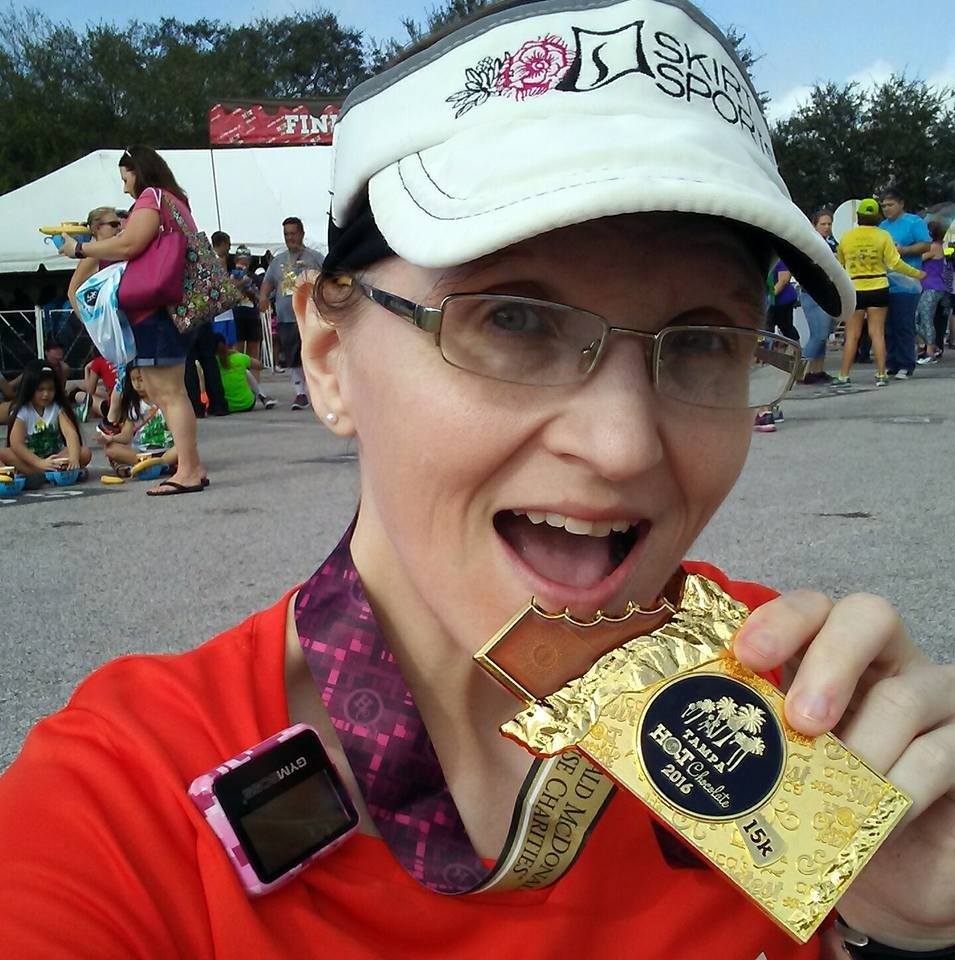 I will be posting a full race recap this week (despite being behind on my Space Coast Half & OUC Half race recaps), so I will give a complete look at the race experience in that. But, in a nutshell, I had a good time less for the heat. Boy was it a hot day! You just never know what you’re going to get weather-wise in Florida.

Once the race was over and I enjoyed the chocolate goodies, I got back in my car and headed toward Orlando. I went over to the parents house though so I could see them and of course shower and all. It was nice to see the parents and the birds and guinea pig. Before I knew it, the time had come for me to head back home. I had a nice short visit though, and am looking forward to being back over this coming weekend for Christmas.

1. Daily Devotional. Ack, got behind on this one, but going to get caught up and stay that way!
2. Write Lighthouse Loop Half race recap. Yup, got this up and my BibRave review as well! 🙂
3. Laundry. Just down to a load or maybe two tops, so did good on this one.
4. Workout 5 days a week. Well, I opted to listen to my body last week, so I rested on Monday and Wednesday instead of working out. I was just tired and felt it was the best thing for me.
5. Food logging everyday. Meh, I am not consistent on this and it doesn’t help keep me on track when I don’t log like I should. 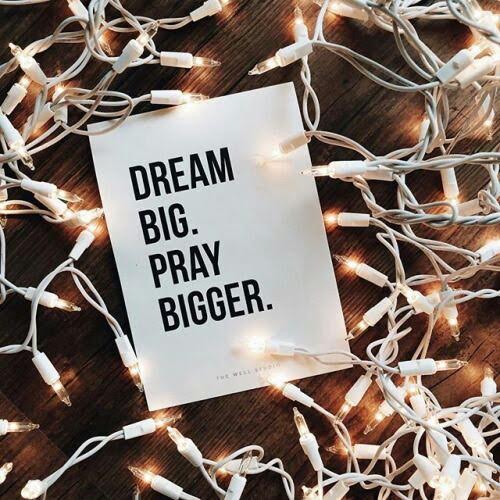 What are your goals for the week?