How was your Memorial Day weekend? I know, this post is a day late. While my weekend wasn’t necessarily action-packed, I stayed busy enough that I had plans to get some blogging done, but as you can see, that just didn’t happen. While I love blogging, sometimes you’ve got to just live life and get it done when you can. That said, I plan on getting back on track. 🙂

On Saturday, I started the day off with a 6 mile run with some running friends in Winter Park. We explored some areas that we don’t tend to run most of the time and that was neat. It was also nice running with some people that I normally don’t run with. We spotted owls, a cardinal and a few bunnies during our journey. I love seeing animals while we are out running. After the run, we hung out a bit and had breakfast at Panera (well, I had my Vega Sport recovery protein drink which is always a post-run favorite). 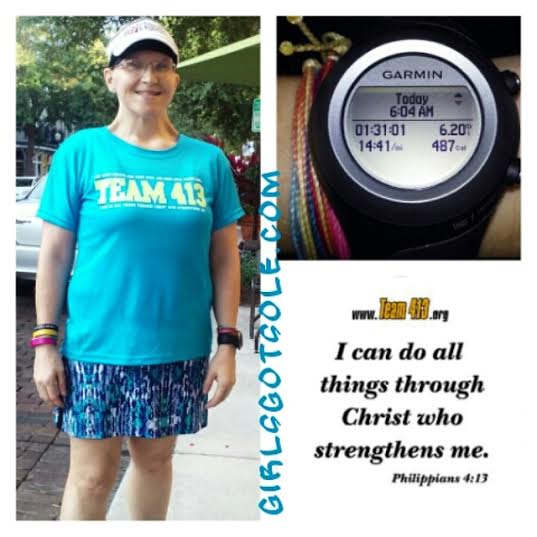 The run was my mileage for the Team 413 virtual that was taking place during the holiday weekend. If you aren’t familiar with Team 413, it’s an organization for endurance athletes that shares the love of Christ in the athletic world. The Bible verse, “I can do all things through Christ who strengthens me” in Philippians 4:13 is the group’s call to serve Christ in everything the team does.

Late morning, I had a group leader meeting for my Galloway group to attend. With our Fall season starting on June 6th, the group leaders always have at least one meeting with our Program Director before things get going. We discussed some new changes to Jeff Galloway’s intervals, re-arranging some of the pace groups as well as other things relating to the kick-off and season. I’m entering my 4th season of Galloway training, my second as a group leader and I love it. I can’t wait until June 6th. 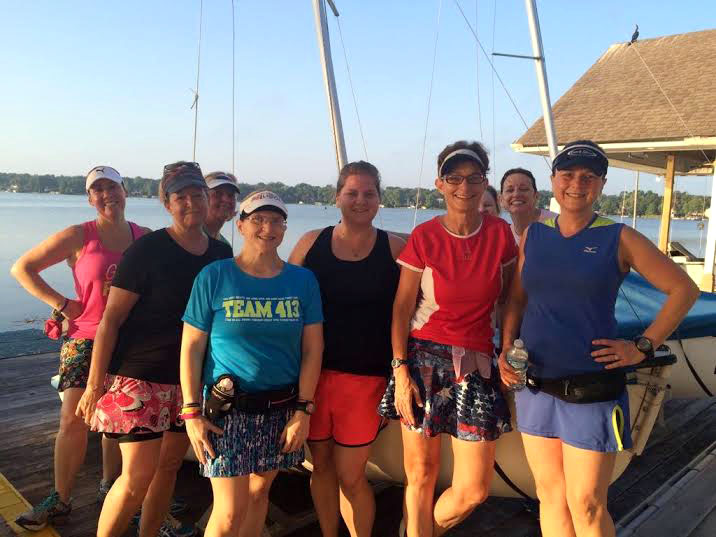 The group on Saturday pausing for a pic mid-run.

Saturday evening, I went to church and then spend the rest of the evening relaxing at home after. I slept in a bit on Sunday (until about 9amish I believe it was), then made my breakfast, got showered and ready. I left my place just after lunchtime with my feathered babies in tow en-route to my parents house. Thanks to the three-day weekend, I was going to spend the rest of the time over there. My little parakeet had been acting a bit unlike herself, sleeping more and not singing much. I was pretty sure it had to do with her molting, but since she is about 9 years old now, I was concerned. Thankfully, she had begun acting more like herself on Saturday and was very peppy and vocal most of the drive to my parents. 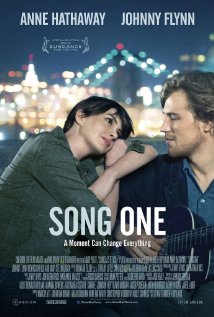 Once I got to my parents house, mom and I went out to a few stores. We were considering doing our usual window shopping sort of thing, but we both decided that we were too tired to do that. So, we went to the pet store to get a belated hatch-day gift for my parents’ Grey parrot, Target and then Whole Foods. On the way back home, we made a quick stop at a Redbox and picked up a chick flick for the evening.

The movie we ended up with was called, Song One starring Anne Hathaway. The film also has Mary Steenburgen in a supporting role. It’s about a terrible accident that puts Hathaway’s brother in a coma. She travels back to NYC to see him and becomes involved with musician that her brother really admired. It’s a pretty good movie, nothing overly great IMO, but my mom and I liked it.

Monday, Memorial Day seemed to arrive before I knew it. I used the day to clean out my car, go to the gym and do a few errands with my mom before heading back home with my birds. By the time I got back home, it was after 8pm. Where did the day, let alone the three-day weekend go? It went by way too quickly for sure. 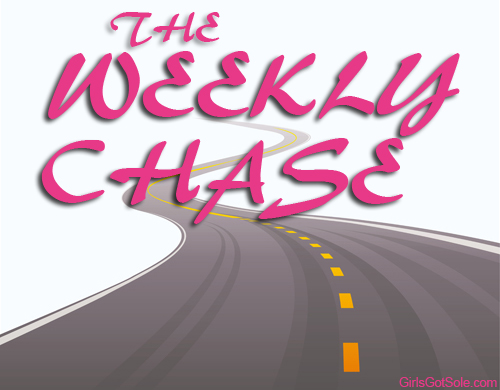 Looking at last week’s goals, I know I didn’t do too well on some of them. I have maintained my weight since losing 5lbs after marathon #4 in February, but I haven’t lost any more. I’m sort of okay with that. The reason I bring that up is due to the food log as you’ll see from last week’s goal of making sure I log daily.

1. Hydrate. I did okay on this one, but not great. I didn’t hit my actual ounces goal every day like I should have.

2. Continue reading Devotional. This one is still going well. I am behind a day as I type this, but that will be remedied this evening so that I’m all caught up again.

3. Read! Ah, this is one that I did NOT get to at all. It just seemed to escape me all week. I even brought the book with me a couple of times when I went out (and to the parents house) but never cracked it open to read. So, definite fail. Something I’ve got to work on asap.

4. Log food. This is why I mentioned the whole weight deal previously. I logged about 90% of the time and the rest I had a pretty good idea of what my caloric intake was, but was not doing my best at logging. There’s really no reason why I shouldn’t log every meal and snack…I mean, I just need to enter it in my phone and then later my journal.

1. Hydrate. Let’s see if I can get my butt in gear on this one more often that “most of the time.” It’s just a matter of getting up and refilling my bottle more often.

2. Log food. Another goal that I want to hit every day on this week. Just thinking I have an idea of my calories in my head (even though I’m pretty good at it these days) is not logging. Need to log it all.

3. Plank a day. Bringing this one back into the mix this week. I did planking about 4 days last week, and I could tell the difference when I wasn’t doing it. It’s so good for your core.

4. More blogging. I want to blog at least 3-4 times this week. I know it’s already Tuesday, but I want to try to get a blog up at least two more days this week before the end of the weekend. 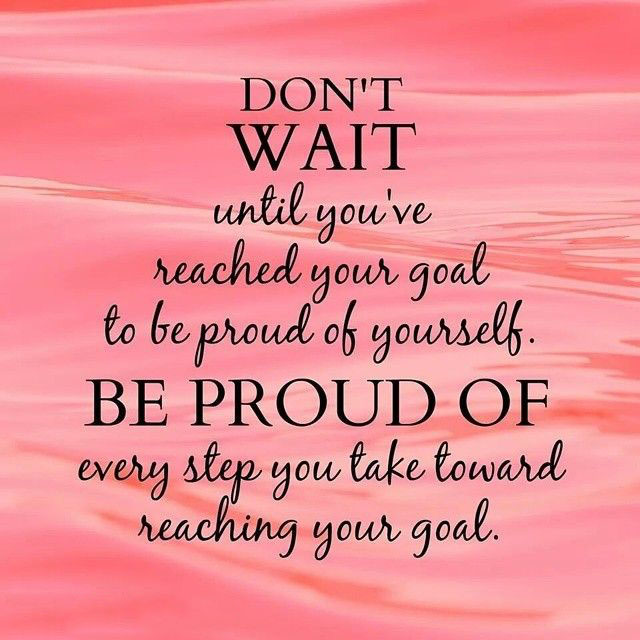 How was your Memorial Day weekend?
What are your goals for the week?