I have ADHD. I was officially diagnosed with it about 10 years ago. It was something that was discovered when I had my most serious bout with depression after a family member’s death. While you hear a lot about kids having ADHD, you don’t really hear much about adult ADHD. In case you don’t know what that stands for, it’s attention deficit hyperactivity disorder. It’s easier to spot in kids, so adults tend to have symptoms that are more difficult to nail down.

Disorganization. Adults with ADHD want to organized, in fact we strive to be, but just can’t seem to get organized no matter how hard we try. This is an issue that affects paying bills on time, focus on projects and tasks on the job, as well as manage time well are a few of the organizational skills ADHD people struggle with regularly.

This affects me in so many ways. I really honestly want to be this organized person I see others being, but no matter how hard I try, I just can’t achieve that balance for long. There’s always piles of bills and mail around, to-do lists, and just things I can’t seem to figure out how to deal with. 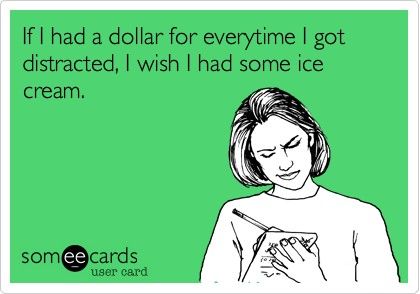 Very Easily Distracted. It doesn’t take much for an ADHD adult to get sidetracked by ANYTHING. I can hear something outside, and I instantly want to know what it was. Or, a phone call can lead to derailing an entire morning or afternoon of work. It’s especially a struggle when you are in a fast-paced office environment with so much going on.

I recall being put at a cubicle when I was still in the office (I now work from home) near the stairway/elevator. That was disastrous for my productivity. Every time I heard someone come up the stairs, or the elevator bing, there went my attention. Countless minutes a day went wasted by being distracted. It took me asking to be moved to an area closer to a wall to help me get back my flow again.

Listening skills are lacking. A meeting at work that goes long leads to drifting off into other thoughts and no longer hearing what is being said. Anyone talking to someone with ADHD may find themselves looking into the face of blankness. The speaker no longer is being listened to. This causes missed appointments and other commitments to occur.

For me, no matter how hard I try to listen, my mind has other plans. It will go off into thinking about what I’m going to eat for dinner, or what I need at the store. I am regularly trying to shake this off and work on concentrating on what the speaker is saying to me. It’s not personal, and we’re not trying to not listen to what you have to say, it’s just an issue that comes with ADHD.

Getting started. ADHD adults tend to have trouble with knowing just where to start with tasks that require a lot of thought or attention. This leads to procrastination which then ends up creating problems with co-workers, family and friends because they think we are just being lazy.

Tackling a big project such as cleaning up a room starts to feel overwhelming. That’s definitely how it goes for me. I can stand in front of what needs to be done and in my brain I know basically what I need to do to get going, but I’ll procrastinate. It is as though I’m standing in quicksand and I’m becoming overwhelmed by the sand and buried underneath it. This is where my procrastination becomes my best friend. Doing anything but the task I should be doing is what actually happens. 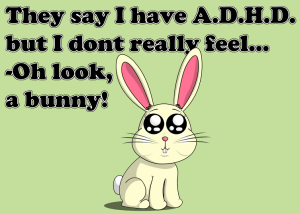 Being late. When you are an adult with ADHD, you can find yourself distracted as you head out the door to make a time commitment. You realize that you need to stop and put gas in the car, or that you haven’t dropped off due library books. Without realizing it, you are now late because time has passed by. Or, you underestimate the time it will take to complete a task. Thinking it will take say thirty minutes, when in reality it will take an hour or more.

This is the one area I’ve improved some on over the years. Yes, I’m still late or cutting it close on time sometimes, but not nearly like I used to be. But, it is because I realized something needed to be taken care of, or I think to myself, ‘where did the time go?’

ADHD has affected me with each and every passion and interest that I’ve had. I’ll sit down, make all these plans to schedule out things like writing a blog post, but then sometimes I just get brain overload. I wonder if I should write about this, or maybe that. What started off as a one idea begins to expand into more and more ideas on what to write. Then, I get so overwhelmed that I procrastinate and not write at all. It’s a cycle that I go through regularly. I aspire to do so much, be so much that it’s hard work to make myself concentrate during those times. But, I believe that we are all given struggles in life and this is just one of mine. I believe I am meant to write and so I will write no matter what I have to push through sometimes.