This post is in response to Patrick over at runsteady.com who recently wrote his opinion on over 6-hour marathoners. I recommend reading his post, as well as watching his short video message to get the complete story. In a nutshell, Patrick doesn’t believe that anyone should be running a marathon if you can’t finish within six hours.

Let me say, that he is very respectful about his thoughts on why he believes this cut-off should be in place for the 26.2 distance. He seems supportive to the slower runners. That said, I disagree with him. As a five-time marathoner who has not run 26.2 miles in under 6 hours, I feel that by not allowing at least 7 hours isn’t giving a good deal of us back-of-the-packers a real chance. A 7 hour marathon would be an average pace of 16 minute miles, which seems like a fair cut-off point. Most races utilize that 16 minute mile as the minimum pace that you must keep to finish the race before a given course reopens to traffic and such. 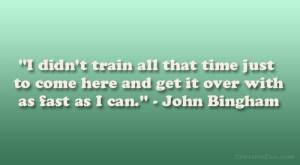 While I understand the argument made by Patrick on the resources given to that “extra hour” after the clock hits 6 hours, it isn’t feasible for a lot of us even well-trained and fit runners to run that fast. While I would love to be faster (who wouldn’t?), I know I work hard to achieve the things I have done. I have come from a former overweight, unfit chick to a healthy weight chick who has run five marathons, twenty half marathons and who knows how many 5k, 10k and other distance races. I never thought I could run a mile, let alone 26.2 miles. Running is something I work hard at, but I’m just not fast. Some of us aren’t created to be speedsters (let alone Kenyons).

Addressing the cost of resources factor for say an extra 60 minutes of police officers directing traffic, medical support, and what have you, I don’t see that as a huge issue. In fact, I think the extra say 100 runners you may have that finish in that 6-7 hour window, their registrations more than take care of it. While you can’t really calculate the affect these runners have on future registrations and positive social media impact (although, you probably could come to an estimate) because of their race experience, I think it’s likely quite high. Social circles for runners truly can make a difference for a race. I know my training group as well as my many online running communities are constantly talking about whether to run this race or that race…if a race has this or that. Sure, faster runners can and probably also do this, but I believe the slower runners have a higher impact in the end. We notice a lot more factors in a race. 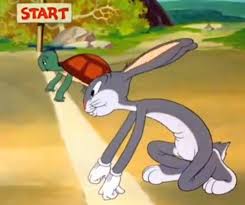 What I do agree with Patrick on is the “Couch to Marathon” idea. He believes it’s a bad idea, and I concur. Sure, someone COULD jump off the couch and start training for a marathon tomorrow, but why? The progression from say couch to 5k, to 10k, then half marathon just makes sense. We didn’t just start Kindergarten as kids and then skip to high school. It’s a ladder you climb. Not to mention that most marathon training programs recommend that you already can run six miles at the least and are already running pretty regularly. It makes the most sense to properly train yourself physically (and mentally) for up to 13.1 miles then take on the marathon. It’s quite a beast already, I’m reminded of how tough it is each time I am training for 26.2.

That’s my $.02 on slower marathon runners who are over that 6 hour finish time. What are your thoughts? Are you with Patrick on the 6-hour cut-off? Or, are you like me, all for up to 7 hours for marathoners to finish?