This weekend went by way too fast, which is pretty much how it always is, isn’t it? Unfortunately, we can’t always have a long three or four day weekend (though, I can dream!). On Friday night, the weekend started off great with the First Friday Ride with the local Commute Orlando bike group. We ride around Orlando starting at 6pm promoting civility between cyclists and vehicles. It’s always a good time with good folks. I love being a part of the rides. 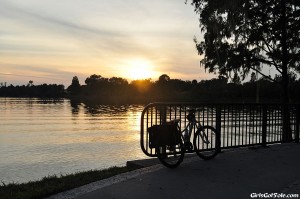 On Saturday morning, my day started off way too early which is now the norm on Saturdays. I woke up just after 3:30am to meetup with my Galloway running group. I had support duty this weekend, so I had to take care of the water and Gatorade at our starting location. I then ran five miles with my group at 5:30am. It was a nice, short run. My group, the Dream Chasers always makes the runs fly by. After the run, I headed home to shower and relax a bit. I was going to try to nap for a bit, but that never happened.

Then, I headed downtown for early voting. I was there for about 40 minutes or so, that’s with the line waiting, so not too bad. I had a hard time choosing who to give my vote to for President, but ended up making a decision at the last minute. I had been thinking about it for awhile, it was not an easy one for me. I’m sure a number of others had similar difficulties for this election. The remainder of the day was spent doing a few errands and just relaxing at home watching TV.

This morning, I loved that extra hour of sleep! I hate losing it in the Spring, but love getting it “back” now. I woke up just after 9am, had breakfast and got ready for church. I hadn’t gone in 2-3 weeks, so I was more than ready to go today. After church, I went to Wal-Mart to pickup a few things I still needed to get for the week. I then headed home to have lunch and get some things done there. 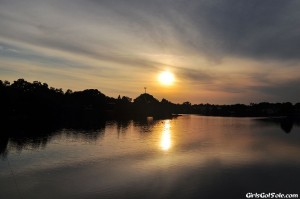 Before dark this afternoon, I went on a bike ride in my neighborhood. It was a great night for a ride. I just rode around at a leisurely pace and stopped a few times to take photos. Just as the ride on Friday night was a great way to kick off the weekend, the ride this evening was a nice close to the weekend.

What did you do this weekend? Did you have a race/event?