The 2016 Olympic Summer Games in Rio kicks off today! 552 of our athletes are in Rio, 129 of them make up our Track & Field team. We truly have some amazing athletes on our 2016 Team USA Summer Olympic Team. I’m very much looking forward to watching them compete in the next couple of weeks.

The Olympic Marathon, both Men’s and Women’s are the events I am looking forward to. Six awesome runners are representing the USA in Rio for the marathon races. For the men, we have Meb Keflezighi, Galen Rupp, and Jared Ward. For the women, Shalene Flanagan, Desiree Linden and Amy Cragg-Hastings. The women’s marathon will take place on Sunday, August 14th and the men’s marathon on Sunday, August 21st. 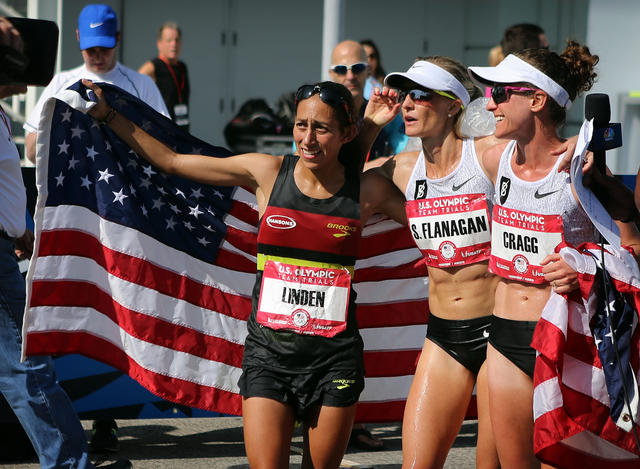 Des, Shalene and Amy at the 2016 Olympic Trials. 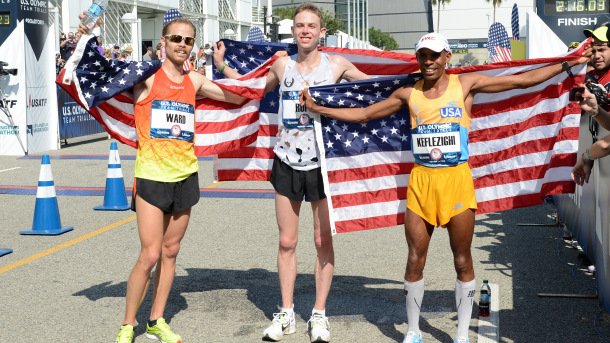 Jared, Galen and Meb at the 2016 Olympic Trials.

With the running events, including the Track & Field events not starting until a bit into the Games (round one for T&F is 8/12), those of us itching to see our favorite runners hitting the pavement will have to wait a bit after the Opening Ceremonies. Women’s and Men’s swimming begins this Saturday, August 6th as does Men’s Gymnastics. On Sunday, Women’s Gymnastics begins qualification. As a fan of the women’s gymnastics team, I am looking forward to seeing that. There’s obviously lots going on after Opening Ceremonies, it just depends upon what sports you like to watch.

For full coverage and the current schedule of events, head over to the official Rio Olympics website.

What events are you looking forward to watching at the 2016 Olympics in Rio?