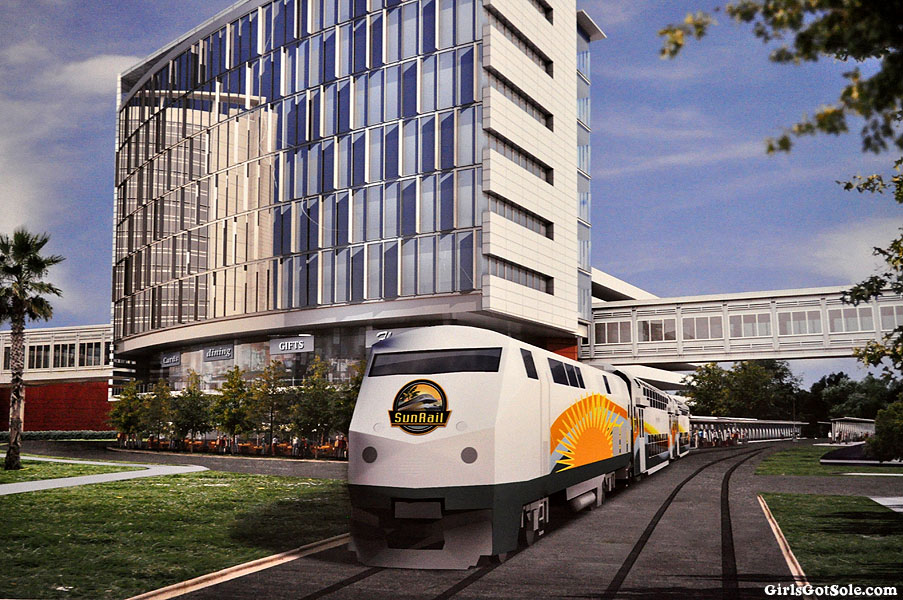 On Friday, September 13th, I was fortunate enough to be a part of a special preview event thanks to MetroPlan Orlando. The new Sunrail transportation system set to begin in Spring 2014 had a sneak peek ride for local leaders and select members of the community. The ride was all about educating everyone on how the progress is going as well as the status of each phase of the project.

The event began at the Lynx Central Station in downtown Orlando at 7:15am. We checked in and were able to have coffee and chat a bit before boarding Lynx buses. We would be taking the buses to the Deland station where the sneak peek train ride would officially start. 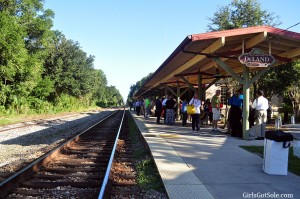 The bus ride to Deland took about 45 minutes. Once we arrived in Deland, everyone was able to get off of the buses and enjoy more coffee as well as use the facilities at the station. We learned that the Amtrak train we would be taking for the sneak peek ride was delayed. They were adding an additional four cars to the existing Amtrak train for us to utilize for the event. It would have been nice if the actual Sunrail train cars were ready to ride, but that wasn’t the case. 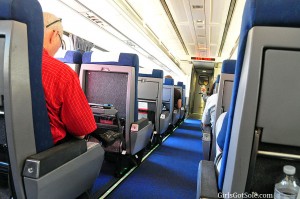 Inside the Amtrak train.

Once we finally boarded the Amtrak train, we got going pretty quickly. As we went down the line, each car had someone explaining the stations as we approached them. This would give everyone an idea of the basics of each station and other key information. The Sunrail line will start in DeLand and go down to Poinciana by the final phase of the contruction. 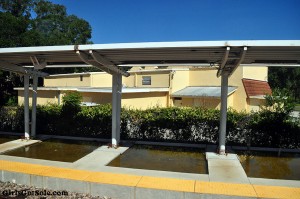 Phase Two which is scheduled to begin work in Spring of 2014 will link Sandlake Road to Poinciana as well as DeBary to DeLand. This is a 29 mile segment with five stations which will be up and running by 2016. The stations will be DeLand, Meadow Woods, Osceola Parkway, Kissimmee Amtrak and Poinciana.

The Sunrail train system will have the capacity to carry as many passengers as one land of I-4 traffic. The train offers predictable commute times no matter what the weather or traffic might be. There will be 30-minute peak service from 5:30am through 8:30am and again from 4:00pm to 7:00pm and off-peak service every two hours. Base fare within a single county will be $2, with an additional $1 for traveling across each county line. Sunrail will also offer discounts to seniors, students and frequent riders. 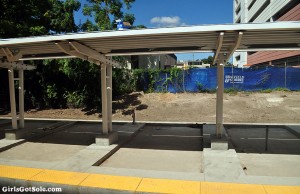 Florida Hospital station which sits behind the hospital. 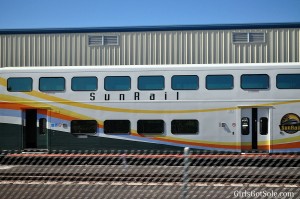 If you would like to check out the Sunrail trains for yourself, there will be an unveiling this coming Saturday, September 21st at Central Park in downtown Winter Park. There will be a locomotive and passenger car on site from 4pm until 8pm during the Radio Disney Concert in the Park.