The last few days have been full of ups and downs for me. In all honesty though, I’ve been spiraling for awhile now. I haven’t felt like my usual or “normal” self (if there’s such a thing as normal 🙂 ). That has also affected this blog. I just haven’t felt the motivation or inspiration that I tend to have for the things that I love. I was entering a state of depression yet again, despite being on medication. The thing about medication is, if it’s not the right dose or the correct type of drug, than it really doesn’t do you much good.

For me, I’ve been pushed into a generic of the medication I’ve been on, Lexapro due to my pharmacy benefits. It’s a typical issue, the insurance only wanting to cover the lesser priced drug and informing you that in the process, it will save you money. While this is true for the most part, that doesn’t mean that said generic is as beneficial to you as the brand name. This was true for the medication I was on for my depression and anxiety. In the beginning, I was put on Lexapro, the brand name and then eventually got put on a generic form of the drug by my mail order pharmacy. The issue became that the drug itself began to feel as though it just wasn’t as effective anymore. I began to feel that I just wasn’t getting the amount of medication that I had been previously. It was as if the generic was just not even close to being as comparable to the brand. 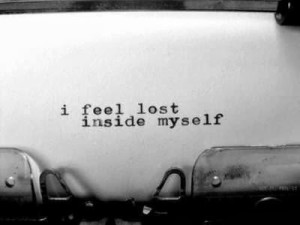 This brings me to last week. By the end of the work week, I felt as though I was starting to lose myself. I was feeling hopeless, unable to concentrate on much of anything, lacked general motivation, and just felt sick. I tried to make it through the workday on Thursday, as I was still in on-thejob-training for my new role with my employer. I knew that leaving work early was not only something I didn’t want to do, but it wasn’t advisable during the training period. Unfortunately, I just couldn’t finish out the day, and I had to leave that afternoon with less than three hours of the workday remaining.

That evening was spent with my parents at their place. While I never had any thoughts of harming myself or anything like that, I knew I was entering a bad place. When you are really depressed, there are signs that you need help, and thankfully I was able to see that I was in a bad zone and reach out. On Friday, I went to see the doctor and I explained everything that had been going on. She changed my medication and I am no longer taking that generic medication that likely was made in some third-world country (who knows what’s really in it).

I’ve dealt with depression and anxiety for a good portion of my adult life and have come to the conclusion that I will always be on medication for it and likely need to be aware of the signs that I need to have a dose tweaked or medication changed. This doesn’t bother me, nor do I feel ashamed. Depression is a sickness and no one should feel bad about having to deal with. It doesn’t discriminate on who it affects, depression happens to the rich or the poor; the seemingly happiest people or the most successful. We just need to know how to help ourselves and/or others who go through the struggle of depression and anxiety. The disease needs to be treated and isn’t something that will simply go away.

I hope that things start to get better soon, there is a lot of good in my life that I feel I have been missing out on enjoying. I want to be that happy, silly person again. With the medication and of course lots of prayer as well as friends and family, I know that it will happen.