This week has had some pretty hard times for me. While I like to keep on the positive swing of things, life isn’t just about sunshine and roses. We go through rough patches, through challenges along the way. I think that those tough parts make us stronger in the end.

I’m not embarrassed to say that I deal with depression, anxiety and ADHD as well as a bit of OCD thrown in. Most of the time, when I’m on my medication and it’s dosed correctly, I feel pretty good. I still have days of course, but nothing too bad. However, when something is off, I could have a bad day. This past week made me question if that was the case. If I needed to have a dose change or what have you. In particular, I had two days that left me struggling to concentrate on just about everything and just get through the day. During that period, I prayed a lot, I asked God to give me the strength I needed to work as well as feel better. I’m happy to say that as of yesterday, I have been gradually feeling more like my usual self. 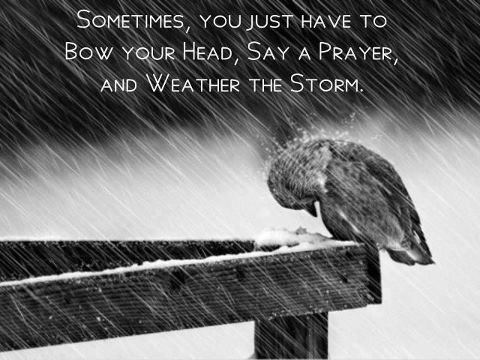 I have yet to go in to see my doctor to check things out, but once I get my blood work done, that’s most definitely on the list for the month of June. My thinking is that there’s a few possibilities going on. One, that I need my anti-depressant dosing changed. Two, I am deficient on something vitamin-wise or with my thyroid. Or three, I have been battling being sick and it just threw my whole system off. Basically, I have been feeling overly tired, went through some lightheadedness as well as lacked some concentration and generally not feeling right.

I’m thankful for my faith, as I know God has blessed me in so many ways. He always makes things okay in the end. Also, my running and workouts are a big help when it comes to my general feeling better. Who doesn’t love those awesome endorphins? I may not always look forward to getting up early to workout, but I NEVER regret getting in the miles and especially love my running group friends. Getting my sweat on can make me feel better when I am having a tough day. 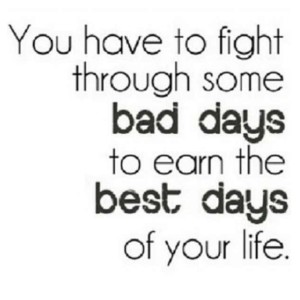 An add-in to dealing with exhaustion and such was my body kept insisting it was hungry. So, I struggled some with my food this week. I didn’t go overboard, but I would eat an extra couple hundred calories a day thinking that would help. I would eat say, a 100-calorie portion of almonds and then 40 minutes later, the grumbling returned. So, was I truly hungry? I think it was more of a mind over matter sort of battle. Most days I win the battle and just guzzle more water, but like I said, a struggle was going on this week, so some days another small snack would win. I’ve come to learn that it’s something I’ll likely deal with the rest of my life after being an overweight over-eater for so many years. That said, I work on not beating myself up over an extra 200-300 calories eaten in a given day. As long as it’s not every single day, it’s not the end of the world. I have the next day to start anew.

Anyway, I felt the need to talk about this and maybe some of you can relate to at least some of what I’ve gone through. No one should feel embarrassed or ashamed of their life struggles. It took me time to feel that way, but I know that those hard times make me a stronger person. And, while those times suck while they are happening, how interesting would life be if it was great all the time? The things we go through make us who we are. I had a harder week than I’ve had in awhile, but tomorrow is not only a new day, it’s also a new week. I plan on waking up and starting fresh. There are always good things ahead.