Alright, so I’m most definitely not the party type, nor is my life overly dramatic (well, it isn’t most of the time anyway), so my New Year’s was pretty quiet. On the eve of the new year, I had to work like so many others I’m sure. I worked until 8pm, so my day was pretty much filled with typing on a keyboard and staring at a computer monitor. After that, I went to bed by 10:30pm or thereabouts. So no, I didn’t see any big oranges or balls dropping. 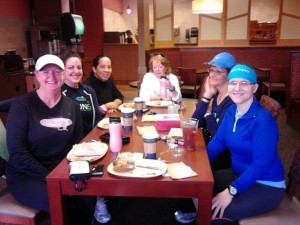 On Tuesday morning, I woke up early for my first run of 2013. My Galloway group was meeting at a local Panera and running 3 miles, so I was excited to do that. It’s always great to run with my fellow “Dream Chasers” and socialize with them. We started the run at 6:30am around the neighborhoods nearby. After we ran our 5k, most of us ventured inside of Panera for coffee.

Once I got home, I logged in at work and put in 4 hours of overtime. While I love my days off, I also need the extra money overtime offers (got to clear off the plastic card spending). I was off from that by 1pm and got myself moving as I wanted to enjoy some of the day. I had hoped to go out with my camera and take pictures, but couldn’t figure out where I wanted to go venture off to (yup, I was a bit undecided). 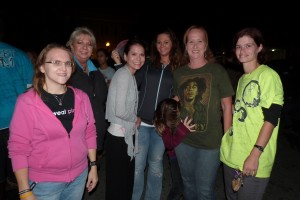 Feeding the homeless in downtown Orlando

That evening, I was invited to help feed the homeless in downtown Orlando by one of my fellow running friends. It was quite an experience. I had done it as a kid, but only vaguely remember it. It was soup night and we were able to serve everyone there at least seconds of the meal. I saw all sorts of people including families and it really made me think about life and how much I appreciate what I am fortunate enough to have. I hope to go help feed the homeless at least once a month from now on.