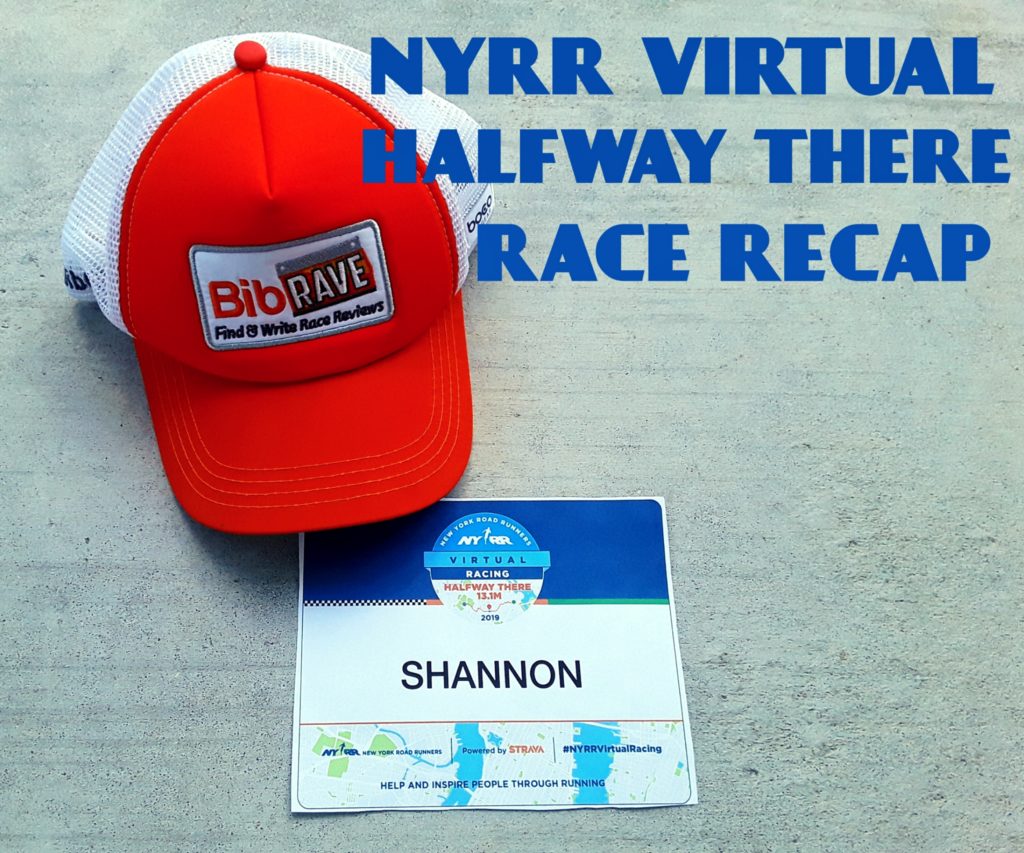 Disclaimer: I received an entry to the NYRR Virtual Halfway There 13.1M race, powered by Strava as part of being a BibRave Pro. Learn more about becoming a BibRave Pro (ambassador), and check out BibRave.com to review, find, and write race reviews!

On October 12th, I ran my 14 mile training run, and in doing so, my virtual NYRR Halfway There 13.1M race. It turned out to be one of our better morning’s here in Central Florida, weather-wise, which I was thankful for. During the run, temperatures were about 70 degrees, humidity wasn’t horrible. Started the run at 5:00am with some of my Orlando Galloway training group. 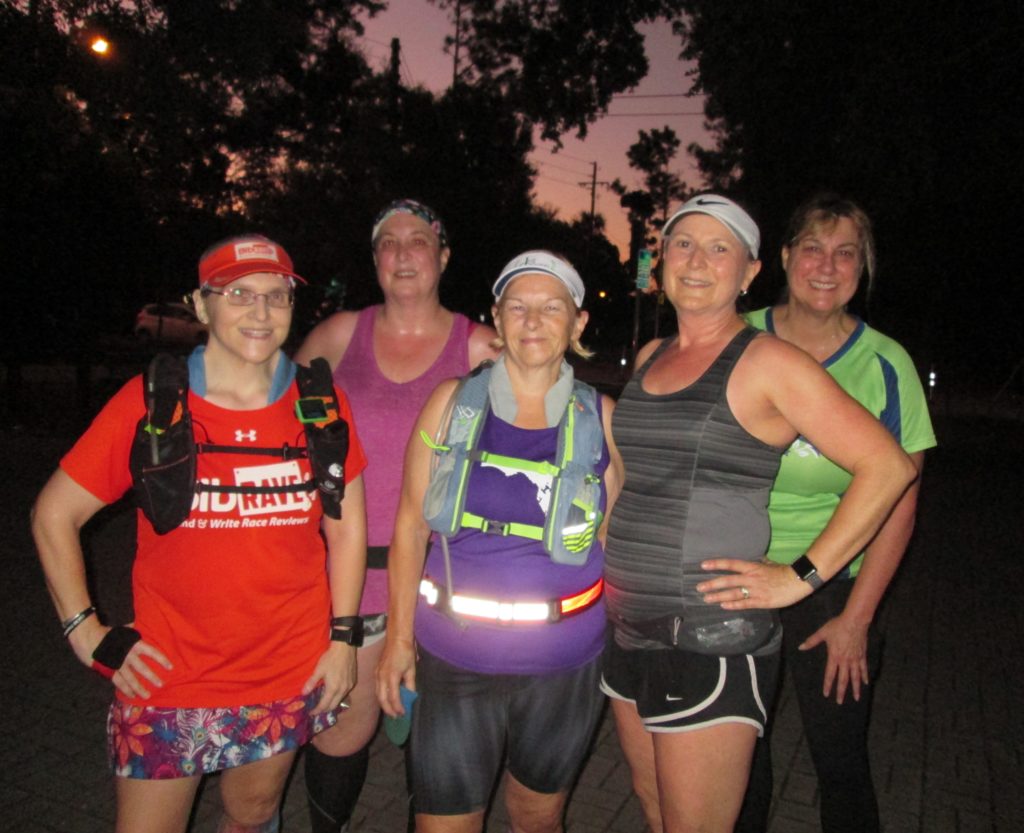 With some of the group during the first half of the run.

The first half of the run seemed to fly by. Lots of great conversation with my group always helps during a long run! I’m blessed to run with a great group of people. It was still dark outside, so that helped with the weather feeling cooler as well. Myself and one of my friends were doing the complete 14 miles for our half marathon coming up on October 26th. We had the company of others in our pace group until a bit after the halfway point of the 14 miles. Then, they headed back to our starting point (and their cars), as they had 10 miles to run.

My friend, Jackie and I continued our long run toward our goal. At this point, we were in Winter Park, and opted to do a part of our run over the Cady Way Bridge. Climbing up the bridge, I imagined the bridges in New York City. Of course, Florida has nothing on New York, but it was a good challenge to add in the bridge. We missed getting the sunrise over the bridge, as it came up a bit before our trek up, but that’s okay. I’ve been able to run up it before with the sun rising, it’s a nice sight to see. I do love being able to see the sun come up on our early morning runs. 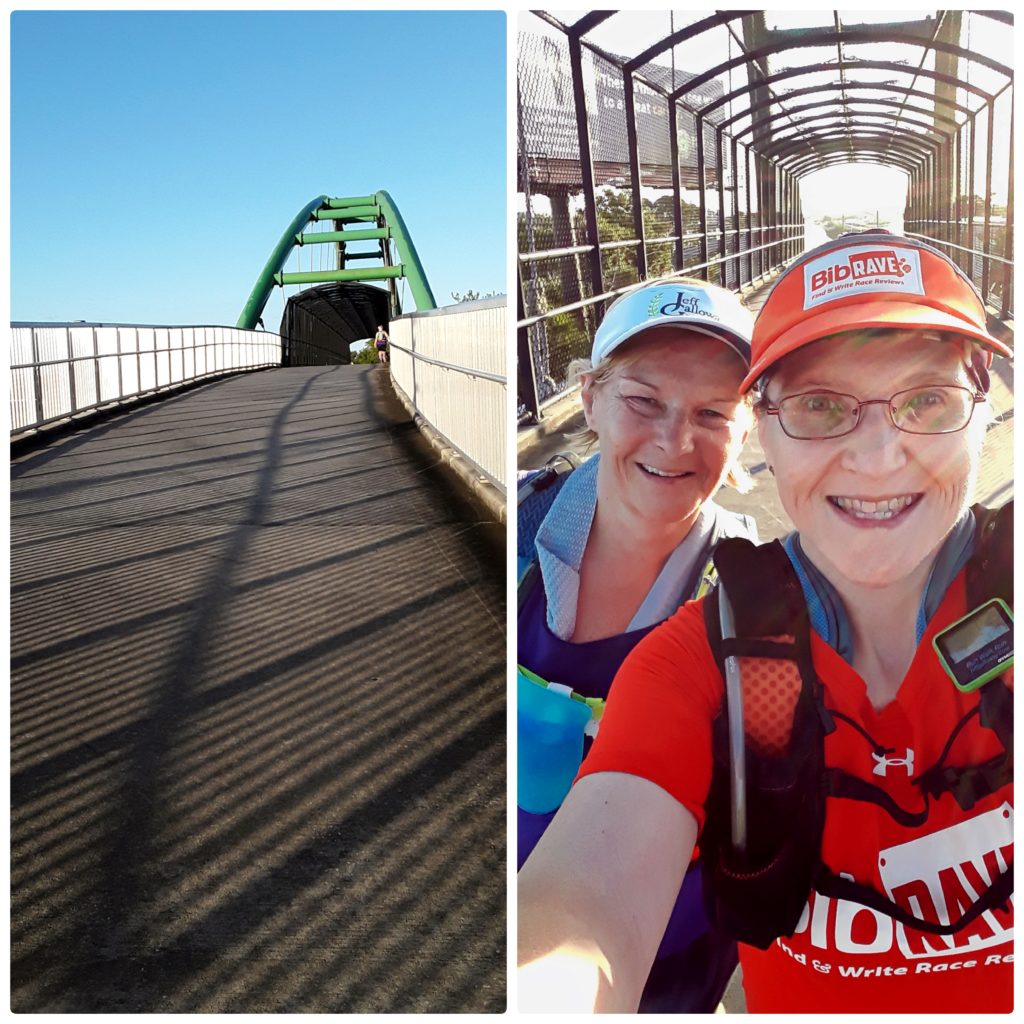 When we hit just over 11 miles, we began to head back to the school, where our cars were parked. On the run back, it was great seeing some of the resident peacocks near Genius Drive. They are protected, and I love being able to see the birds on most Saturdays. A lot of them recently had babies, so the parents are walking the neighborhood with their juveniles this time of year.

I’ll admit, those last two miles felt like forever. My body yearned to walk, or better yet, stop running or moving at all. I also had to take a few extra or longer walk breaks, as my chest was bugging me a bit for some reason. I didn’t give up though, even if I had to walk a bit more, I pushed myself to run as much as I could. Jackie and I were encouraging each other to keep going. We kept each other motivated through to the end. 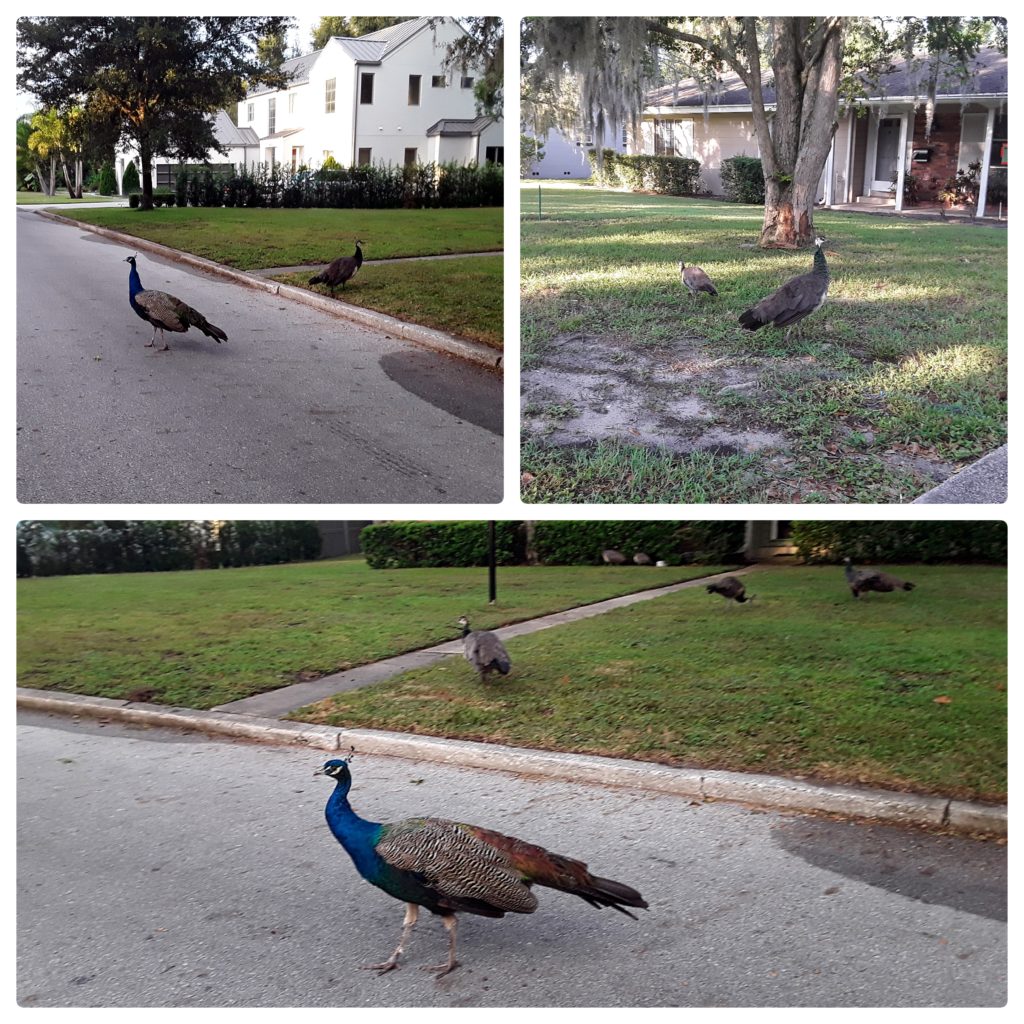 Seeing the school, which counts as our finish line was a great sight. My Garmin hit 14 miles, and I was happy, even though I was tired. The two of us ran just over a half marathon before most folks even got out of bed!

I wasn’t fast on my virtual race, as I treated it as a training run. Didn’t set out to complete it in a certain period of time. Would it have been nice to be faster? Sure, but in the grand scheme of things, not every run is going to be fast. You need to do what’s comfortable for you, and listen to your body. 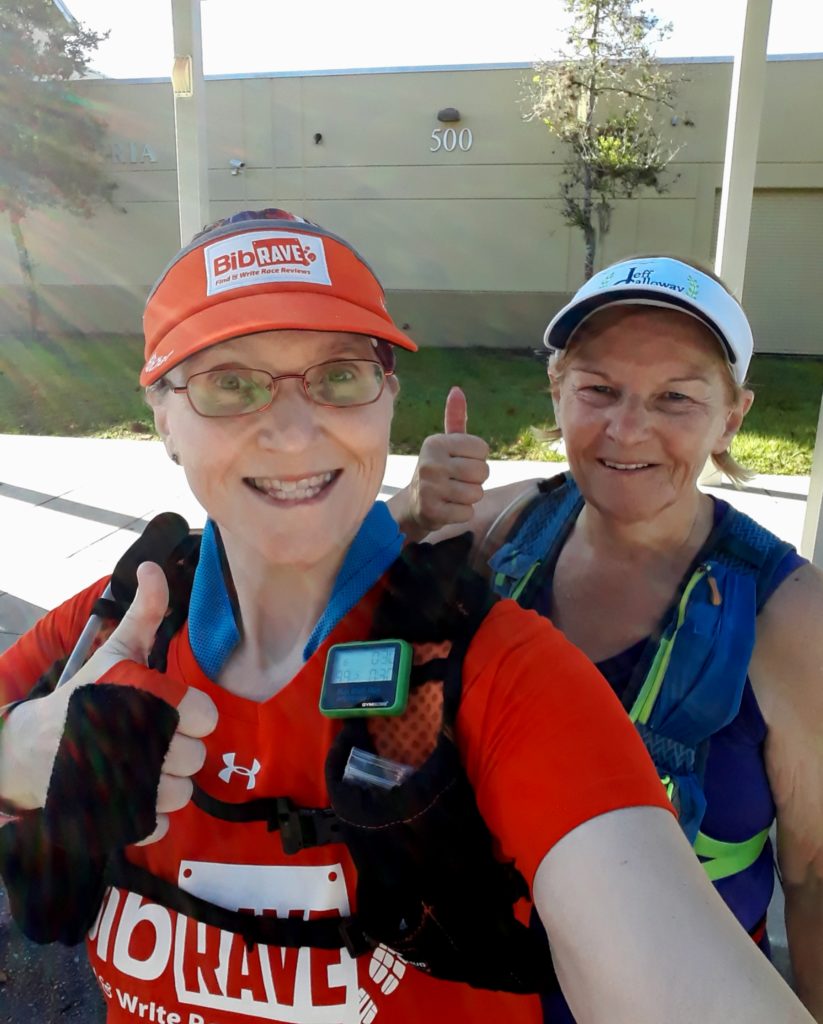 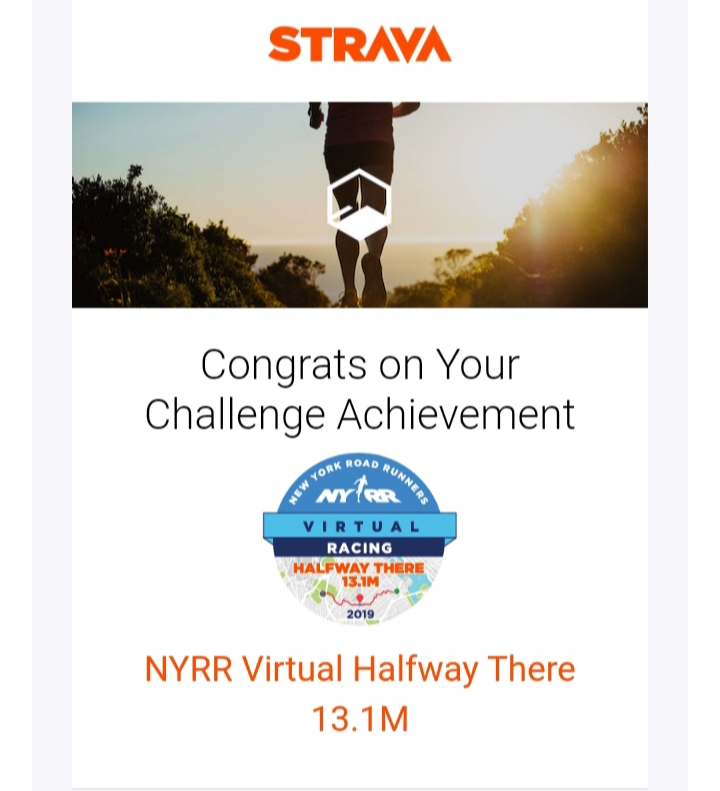 After the run, we headed to breakfast to celebrate. I’m not normally a drinker, but mimosa’s were definitely in order after 14 miles. And, breakfast always tastes better after a hard, long run or race. 🙂 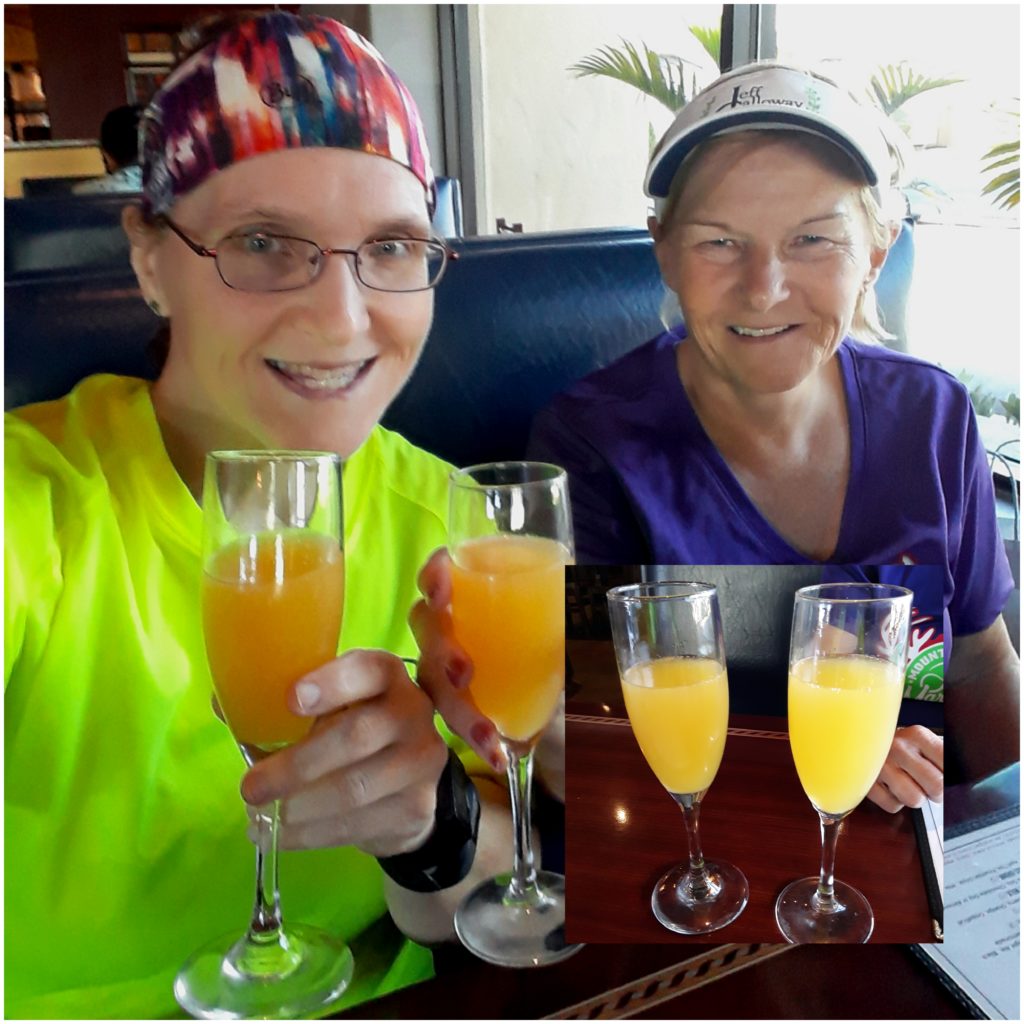 Celebrating with breakfast and mimosa after the run!

The NYRR Virtual Race Series is a fun way to keep yourself motivated as you train for other races. I love being a part of them. NYRR and Strava have come together to give runners a chance to do something different and fun. 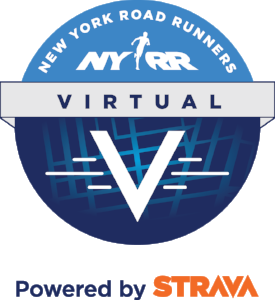