As a Skirt Sports Ambassador, we are provided a topic to blog on each month. This month’s topic is, “Your Most Real Race.” Such a simple question, yet it has had my brain reeling. Every race has it’s special memories, as every race is different. That said, I have found it difficult to pick just one stand out experience. 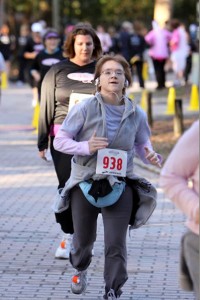 Looking back at the races I’ve been blessed to run the last few years, there are some that stand out. For example, you never forget the firsts. You first half marathon, first marathon are especially memorable. But, what about your first 5k or 10k? Those are big events, as it’s the first time you crossed a race finish line and completed that distance.

My first-ever 5k was the 2010 Lady Track Shack 5k. I walked part of the race, and got into some running at that 5k. This was the first Track Shack race for me and it got me hooked. Not only hooked into races, but into loving Track Shack. I began to become a part of the Track Shack running family with that 5k and it would blossom into so many great friendships throughout the next four years.

A year later, I decided to train for my first half marathon. Unfortunately, I would be walking it, not running it. I had herniated a disk in my back in 2010, so running was out, doctor’s orders. It was upsetting, as I had been starting to become a runner with Couch to 5k when the injury happened. But, with the help of great running friends, I was encouraged to get out there and train anyway, even if I was going to walk it. 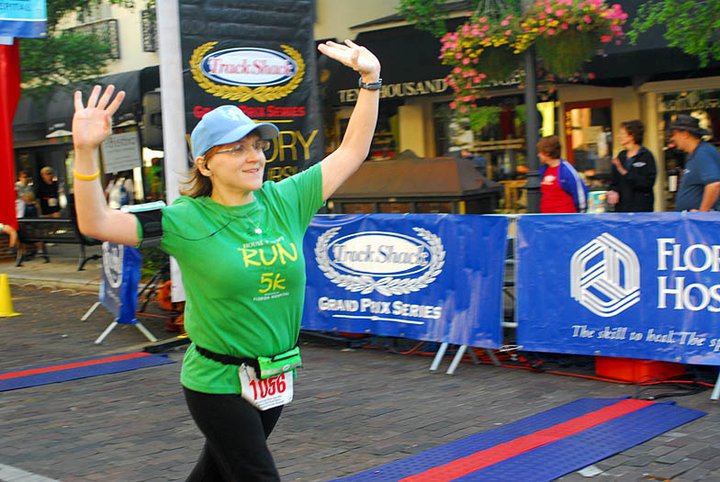 Along the journey in 2011, I participated in my first 10k as well as my first 15k. The 10k was the Winter Park Road Race in March. Later, in September, I did a 15k, Miracle Miles 15k in Orlando. I may not have been a runner, but I sure as heck was a determined walker! 🙂 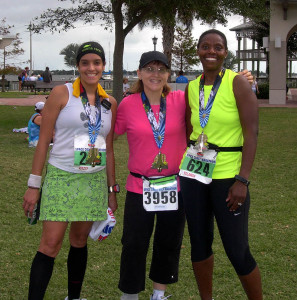 After finishing my first 13.1 with Kitzzy & Yolanda.

My first half marathon was Space Coast Half Marathon in November 2011. As I write this, I recall it being one of the best and most challenging days of my life up until that point. I was going to become a half marathoner and that is a big deal! It was made all the more special because of two runner friends who cheered me even as they were out there doing their own race. I’m blessed to be able to call these two ladies my friends to this very day.

After that half marathon, I became even more determined to continue doing races. While walking is great, I really did want to be a runner again. I felt that I was just beginning to get closer to being a “real runner” when everything came crashing down. So, I prayed a lot and made an appointment to see a specialist. I had my MRI in hand, hoping this doctor would give me good news. News that running would be okay, (this is after I had 3 steroid shots the year prior and things had gotten better) that he would give me a green light. Thankfully, I left that doctor’s office with a smile on my face.

2012 became a big year for me. It was the year I officially felt I could call myself a runner. I began running using Jeff Galloway’s run-walk-run method and felt good. Sure, there were some hard times, but that determination in me to be able to run, along with God’s blessing helped me overcome those tough parts. My second half marathon was that March, at the Orange Blossom Half Marathon. I then returned to the Winter Park Road Race 10k later that month, the 10k that I had walked the year prior and ran the race. 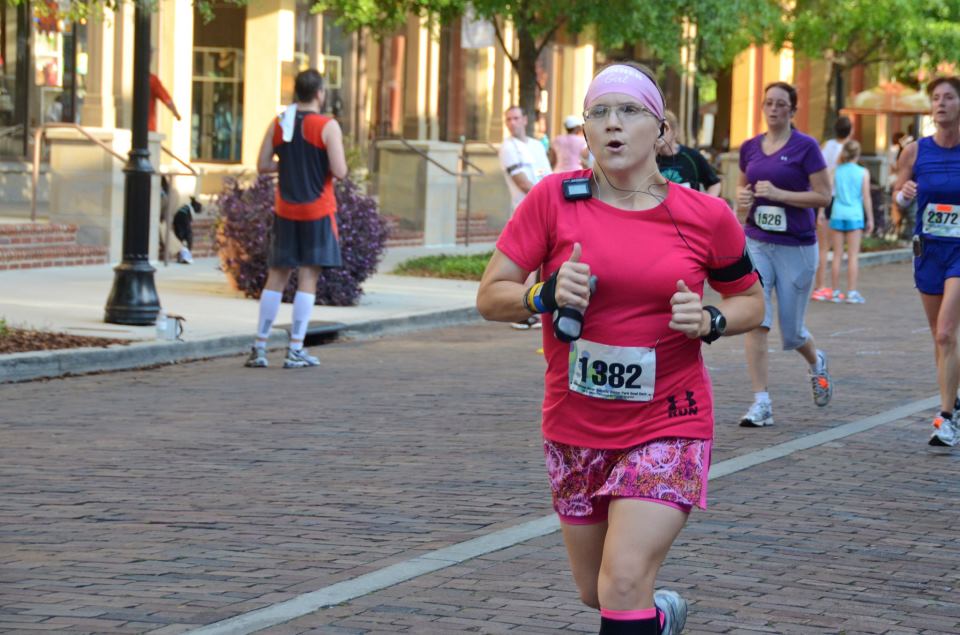 Thanks to God’s blessings and the Galloway run-walk-run method, I was a runner! It felt so great, and I loved it. In June, I joined the local Galloway program, and everything has continued from there. I crossed the finish line of my first marathon in February 2013 at the 26.2 with Donna. The experiences and people that I have been able to meet because of this thing called running is amazing. Even now, as i am training for my 5th marathon, my dream race, the NYC Marathon, I don’t take it for granted that I can lace up my running shoes and hit the road. It’s a gift and I thank God that I can have these experiences.

What was your most real race? Can you choose just one race experience?