Yesterday morning, I volunteered at the OUC Half Marathon here in downtown Orlando. It was my fourth or fifth time volunteering at a race and it’s definitely an experience I recommend every runner be a part of when they are able. A race cannot go on without volunteers, they really make things go smoothly on race day. 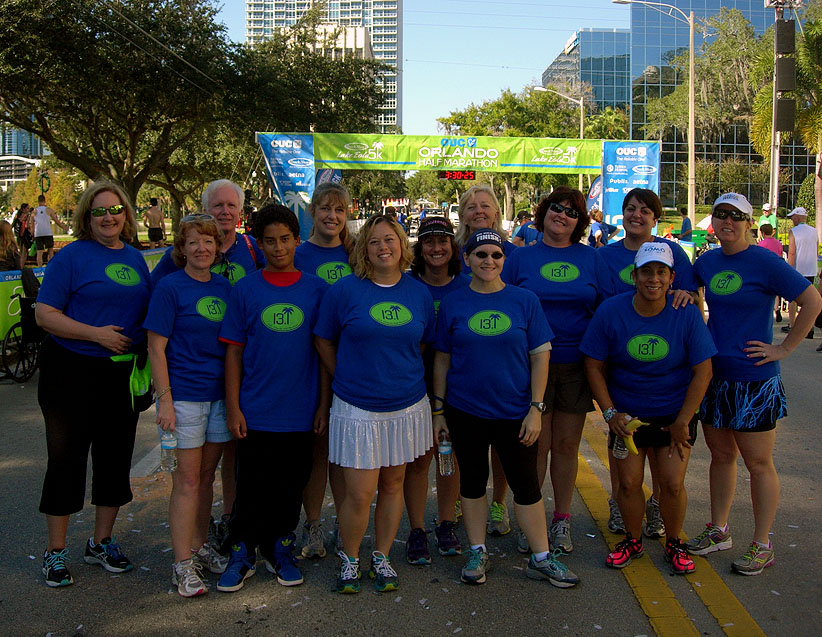 I walked over to Lake Eola with a few of my running group girls from a couple of blocks away just before 5am. As you will know if you read this blog regularly, I run with the Orlando Galloway training group and about 12 of us were volunteering together. Once we checked in, they gave us our OUC 13.1 t-shirts and we headed over to the packet-pick up tables. We would be working that area until the races began (there was also a 5k), then we would head over to the finish area to work the medals.

At first, there weren’t many runners picking up their bibs, but that soon changed when everyone began to arrive. It was nice being able to wish a number of the runners good luck in their race as I gave them their number and shirt. Before heading over to the finish line, I ran into Panera for some much-needed coffee (it was okay, but it’s no Starbucks or Barnie’s). 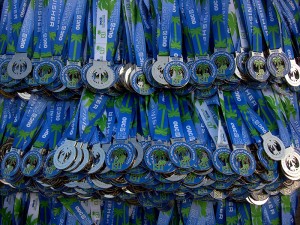 At the finish, we had to unpack the medals and put them on the rack. Thankfully, with 14 or 15 of us (a few others that weren’t in Orlando Galloway), this went fairly quickly. The medals are in a box, then packaged in bags of 10, wherein they are individually bagged. Teamwork got it done minutes before the first male half marathon runner crossed the finish line.

I gave out medals to finishing runners and it felt good to give back and be on the other side of the race so-to-speak. I was thinking about how 6 days earlier, I was crossing the finish line of my second marathon, and how nice it is to see smiling faces when you finish with that bling in hand. I tried to smile at every runner I gave a medal to. In addition, I either congratulated each one, or told them, “good job.” I know it means a lot to me when I hear kind words at a race. 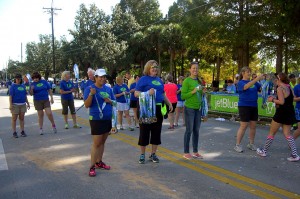 Ready for the half marathon runners!

A perk of giving out the medals at this race was I was able to give some friends their medal. It was a special experience being able to be there for friends in that way. Such a rewarding memory.

After the race ended, we helped with some of the cleanup, and then we were done. In total, I was there for six and a half hours, as we got done a bit earlier than expected (scheduled to volunteer from 5am until 11am). I was a bit tired, and my back wasn’t so pleased with standing there for so long holding medals, but I wouldn’t have traded the morning’s experience for the world. 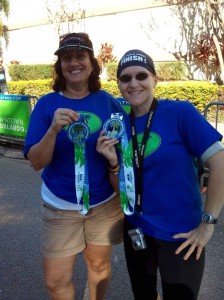 Michelle and I show off the awesome 2013 OUC Half medal