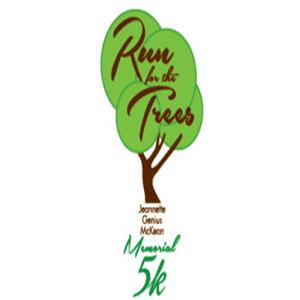 This morning, I ran my 3rd Run for the Trees 5k in Winter Park, Florida. This is always my birthday race as it’s right after (last year it was on the 27th). I also tend to get a 5k PR at this race, last year’s time being 36:38. Sadly, the PR didn’t happen this year. I blame that on my sinus infection which has me congested as heck. But yes, I ran it anyway…can’t keep a runner down for too long!

The race begins at Showalter Field at Cady Way. I arrived about 45 minutes prior to race time, easily found parking (which is always a perk), and then walked over to the Field and met up with some friends who were running. Spotted a number of familiar faces from Orlando Galloway and Marathonfest/Track Shack. Always love seeing lots of friends at the local events. After a quick restroom stop (an actual bathroom, not a port-o-let!), it was time to line up for the race start.

I ended up finding my friend Liz near the 10 minute per mile sign, so I chatted with her briefly before the gun went off. Since I was congested, I wasn’t really sure how this race was going to go. I knew I wanted to run it on my own with my music (which is how I tend to do a race when I want to try for a time), but other than that, I didn’t know what to expect. Mandisa’s Good Morning began on my playlist as I hit my gymboss at the starting mat. I decided to go with 1:1 intervals.

By the time I hit the first mile marker, I was feeling the heat and humidity for sure. Made me glad that I opted to carry a water bottle on this run even though it’s so short. Good thing was, I was doing pretty good with my breathing, not feeling winded or anything. I was definitely thankful for that considering how congested I was when I first got up and even still when I arrived at the race. At mile one, I was at a 12:11 pace, which while that’s good for me, it’s not my best for a 5k.

The first mile is down Balmoral, which is a road I’m very familiar with with all of my training runs (honestly, this entire course less for the end is very familiar to all Track Shack training program runners). That’s actually kind of nice, as I always knew exactly where I was. We then loop around to Genius Drive. It’s on Genius before you hit the private portion that there’s a real treat for this race. Mimosas. An awesome local family sets up an “aid” table with mimosas every year for this 5k. The last two years having my eyes on a PR prize, I passed up this “perk.” This year however, seeing that I wasn’t going to get a new PR (mile 2 was in 12:13), I opted to enjoy and have a drink. Sadly, I heard this was the last year for the mimosas.

I could definitely feel the mimosa as I ran on after finishing it (it’s a small cup, but hey I very rarely drink). It also probably wasn’t the best idea to have a drink when I’m on antibotics, but hey sometimes you just have to live a little. After the mimosas, the best thing about this race is that runners get to run down the private part of Genius Drive. This is only opened once per year to the public just for the Run for the Trees. It’s a dirt road that has beautiful peacocks in residence. I always hear them and spotted a couple of them this time around.

Coming down the road, you get off the dirt portion onto a brick road that’s back on the public portion of Genius Drive. The finish line is about .10 of a mile from there. I finished my 3rd Run for the Trees 5k in 38:10, which gave me an overall average pace of 12:16. I’m happy with that time, though I would have of course loved to have gotten under 36 minutes. That was my plan until I got the sinus infection. A new 5k PR is in my future though, I can feel it. 🙂 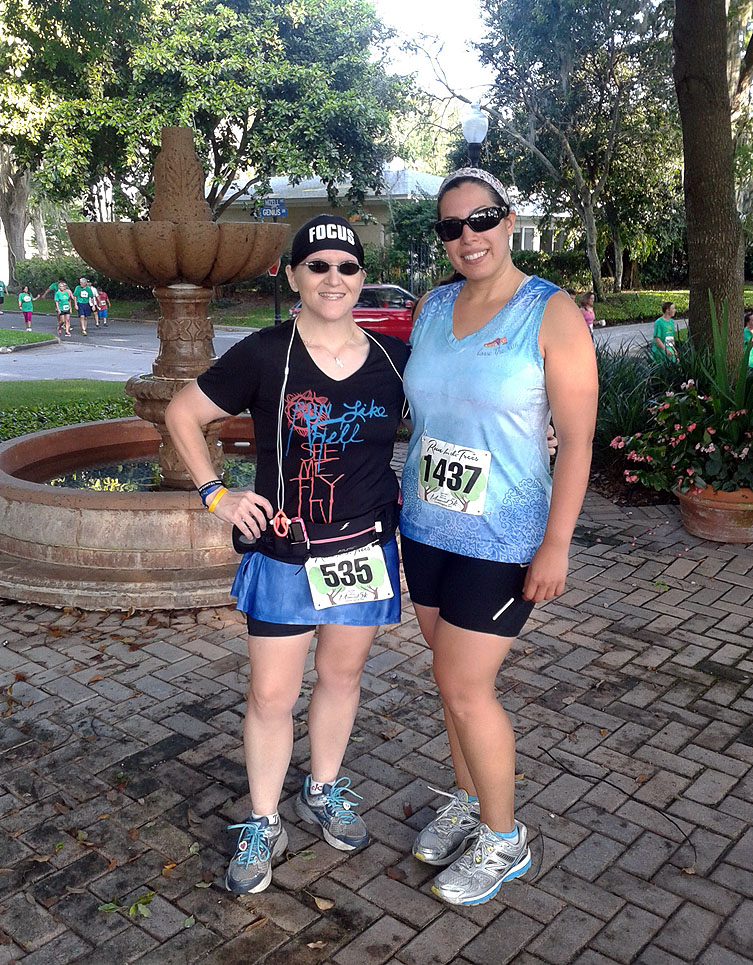 With my friend Liz after the race.

I walked back to the start (it’s about a mile and a half from the finish) with my friends Liz and Terrie. Everyone who runs this race gets to take home a young tree to plant in celebration of Arbor Day. It’s a nice gift for everyone, to plant a new tree at home.