Note: I was given free race registration for the 5k in exchange for blogging about the race event. No other compensation was received. All opinions stated are my own. 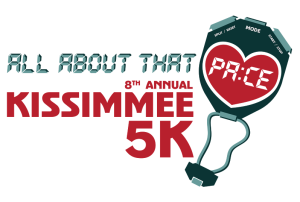 I realize that I haven’t written up my Daytona Beach Half Marathon review yet, but it’s on the list! It should be up very very soon. I wanted to get this one up since it was a small race and it’s still fresh in my mind after just running it on February 13th.

This would be my first race in Kissimmee. Having grown up there (my parents also still live in the house that I spent most of my life in), when I found out that there was a Kissimmee 5k, I thought it would be fun to check it out. For those that don’t know, Kissimmee is a small little town. I’m not talking about the strip of 192 that is near Walt Disney World, this would be the downtown vicinity. 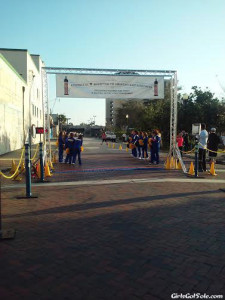 Race morning, I woke up about an hour and a half before the start so that I could get dressed and get there a bit early to get my packet with my bib. Driving into downtown, the local police department already had roads closed off well over an hour before the set race start time. This made getting onto Main Street a bit of a challenge. Fortunately, it only was a few minutes or so before I was able to find a parking spot.

Walking over to where they had the packet pickup and some local businesses set up, there weren’t many runners around. I figured this would be a small race, and I was right. Once I had my packet, I walked back to the car and had a small pre-race snack and pinned on my bib. The weather was a bit chilly, so I debated on wearing my jacket since I just had on a short-sleeve top. I opted to keep the jacket since I didn’t think I would get really warmed up running 3 miles.

Once I was ready to go, I headed back over to the race starting area. I looked around for port-o-lets, but didn’t see any which surprised me. When I asked about restrooms, I was directed to a small brick building a few feet away. Inside which was a women’s room on one side and a men’s room on the other. The ladies had two stalls in it. I got in line behind probably about ten other lady runners. Now, I realize this race was small, but having just two toilets is not enough. They should have had at least two or three port-o-lets also available for folks. 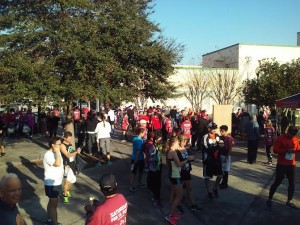 A few minutes after I got in my required pre-race potty stop, I wandered over to the starting area. The announcer told everyone to head there, and I attempted to position myself toward the back as a slower runner. I definitely didn’t want to be near the front, but I also wanted to be in front of anyone just walking the race. The race soon began and we were off!

I hit my Garmin watch and my GymBoss timer to 30:30 intervals and got moving. This was my first solo race in quite some time. Normally, I would have opted for my iPod, but I decided to just run without it. I’m kind of used to not having it on runs nowadays. The course was pretty well supported with local police and some volunteers. I was feeling pretty good (well, as good as I could feel after the events of Friday) and found myself keeping around a 12 minute per mile pace.

When I heard my Garmin beep at the first mile mark, I looked around but didn’t see any mile markers on the course. I wondered what the deal with that was. At least the water stops were good and well-supported with volunteers who were great. I learned that there wasn’t one mile marker on the course at all. Maybe I’m spoiled with bigger races and with Track Shack’s series of events, but this bugged me. 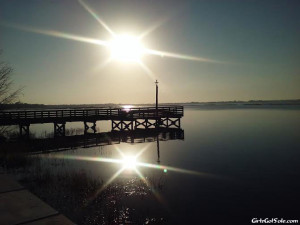 The last mile was a bit of a push for me. I wasn’t really feeling into it. I also had a slight pain in my chest at one point. Despite being tired and that pain (which did go away), I didn’t want to really slow down. My pace did go down slightly, but I was still within that 12 minute per mile to just a bit above it.

The best part of the course was running by Lake Toho with the sun coming up. Beautiful to see, and for me, the highlight of the race. Coming back down Main Street, my watch hit the 3.1 mark before the finish line. When I crossed the finish, I had 3.2 miles. Now, I don’t know if it was me, or if the course was a bit long.

I got a bottle of water and a banana and hung out for a few minutes before heading out. There were a few businesses/groups there like the Houston Astros, Osceola Regional Medical Center and Orange Theory Fitness. It appears that about 300 people ran or walked the 5k. 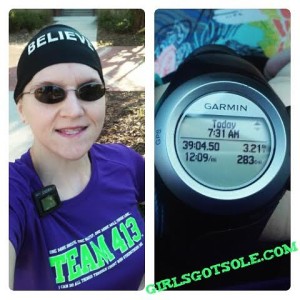 If you are looking for a small “hometown” sort of race, the Kissimmee 5k is probably what you are looking for. They do have some things to work on to improve the race, and I hope they continue to do so and grow the participation in the coming years.