This was an awesome race. I really enjoyed it. That’s the quick review, but I know you want to hear more about it than that. 🙂 First off, I have to say that I received a complimentary race entry in exchange for reviewing the race. Opinions though are my own, and no other compensation was received.

I drove over to Daytona with three of my running group girls at the wee hours of the morning. We actually met up at 3:30am (reminded me of those dark and early marathon training mornings in the summer…) near S.R. 417 and carpooled our way to the Daytona Speedway. The reason for the crazy early departure was due to recommendations from runner friends who ran the race in 2013. They got stuck in bumper to bumper traffic right near the speedway, so we opted to forgo precious sleep and get there early. It’s always better to have to wait for your race than to get there at the last minute and be rushed. 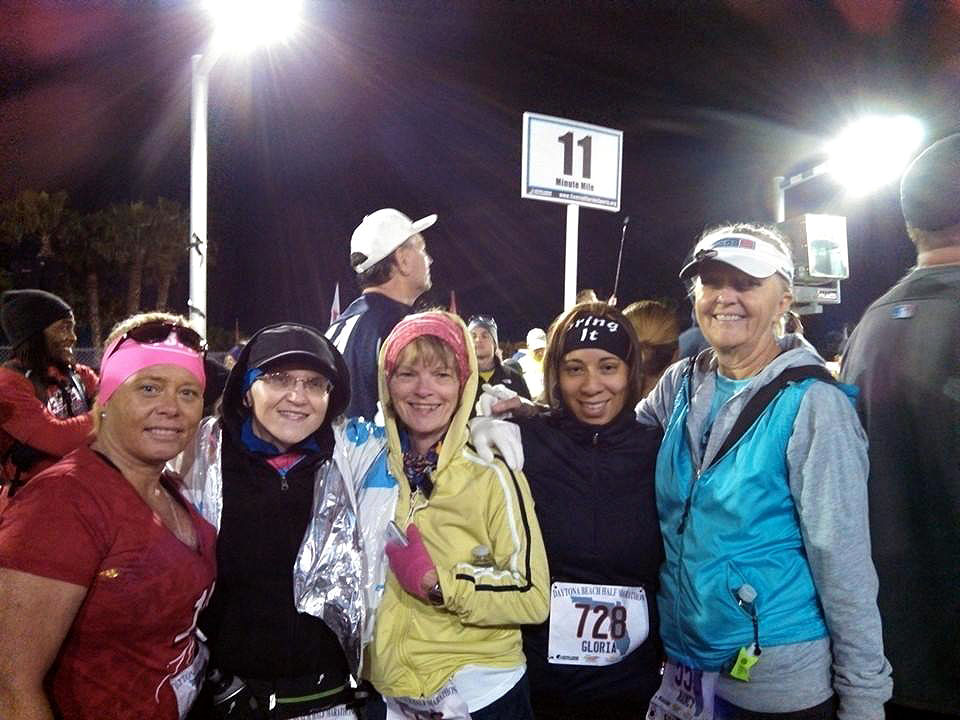 Group at the starting line ready to go!

We arrived at the speedway and parked easily. We waited in the warm car (did I mention that it was cold?) until we had to get out to use the ladies room and then head to the starting line. We had about 45 minutes of waiting until we had to get out of the car, so that was nice. It was also great that we parked extremely close to the actual speedway, so our walk to the start was short. This would also be a nice perk at the end of the race. 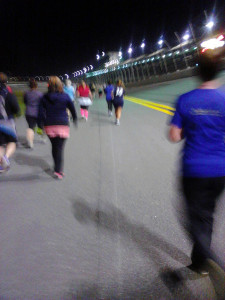 The race started to the rev of a race car engine and we were off. The race began with a lap of the Daytona speedway track. I had only run once on a speedway track, and that was at Disney at the WDW Marathon in January, so this was great. Not to mention that Daytona is a famous NASCAR race track. I’m not a big race fan, but I do enjoy watching the Daytona 500 on TV. Seeing how high and at an angle the turns and track is up close and in person was really neat. We ran on the lower portion, but I can’t imagine how these race cars hit those 200 mph speeds let alone on an angled track like that. Definitely something to behold.

The race track itself is about 2.25 miles, after the loop, we headed out of the speedway and onto International Speedway Blvd. On the route, we passed a number of familiar sites to me. I went to Daytona State College back in the l990s after high school, and seeing my old college was nice. I spent many hours in the darkroom at that school, day and night and weekends. Memories I will always have, there’s just nothing like doing something you love. 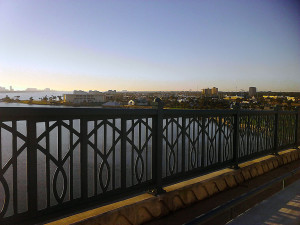 The route went all the way down and hit the Broadway Bridge which crosses the Halifax River. Now, this is a pretty big bridge. If there was one part of the course I didn’t like, it would be this bridge. But, the view once you get up it, is beautiful. The climbs were the toughest parts for me as the course goes back over it as you head back to the speedway. Goes to show that I need to work on my hill work this year!

Hitting the beach, you’re not on it for very long, it’s a relatively short portion of the route. I love the views on the beach, but I admit, I’m not a big fan of running on beaches since I so rarely get the opportunity. It’s quite a different surface than running on a road that’s for sure. The tide was a little close as I ran on the beach as well, which kept me on my toes. 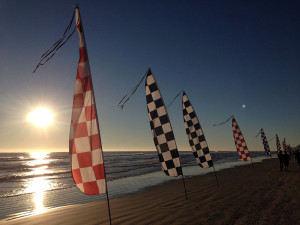 Once you leave the beach, you head right back to the speedway. It’s almost a complete out and back course with a bit of a difference in the back portion. You’re on International Speedway Blvd. (cross the bridge again of course) until you reach Jean Street and then head down that way, through a couple of other streets and then get back on International Speedway. This brings you back into the Speedway itself where you cross the finish line on the race track.

I finished this race, my 8th half marathon in 3 hours. It’s not my best time (that was at The Biggest Loser Half in December), but it’s not my worst half time either. I would have liked to have done better, but I didn’t go into this race with any real expectations other than to finish it. This weekend was the beginning of my three weekends of races (26.2 with Donna next weekend, followed by Best Damn Race 10k & Excalibur 10-miler the following), so I would like to do better at the Donna half next Sunday if I can. It’s always nice to P.R. at a race, but I’m honestly just happy being able to run each day and get out there and enjoy the experience. 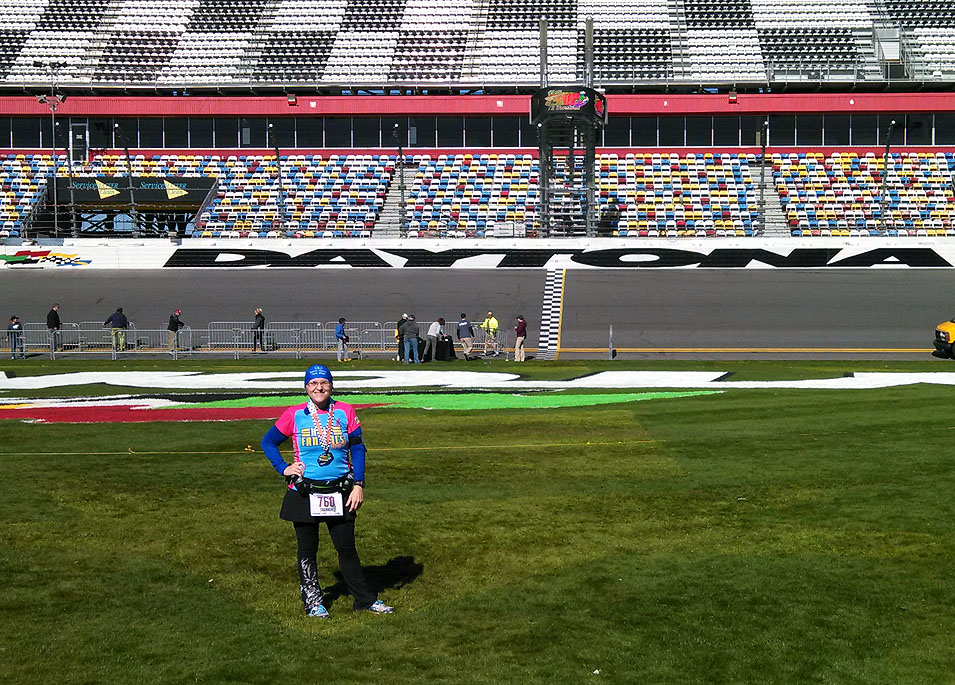 After the race inside the speedway.

The Daytona Half Marathon was a fun race that I really did enjoy. I would love to run it again in 2015. I may even stick around next year to watch the race cars. It was nice being able to enjoy another race experience with some of my Dream Chasers.