Note: I was given a free entry into The Biggest Loser RunWalk Half Marathon in exchange for blogging about the event. All of the opinions stated however are my own. 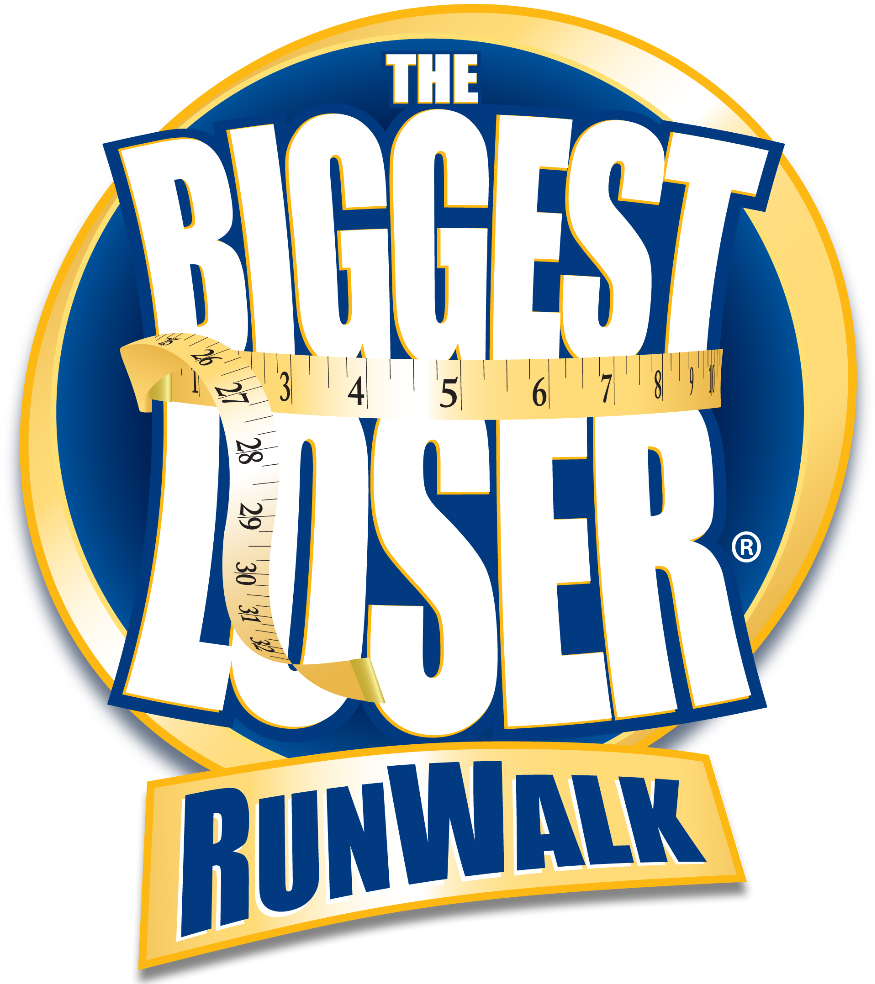 What an awesomely fun weekend! I had such a good time finally meeting some of my favorite Biggest Loser contestants and running the half marathon in Panama City Beach. I am going to do this post as the race recap, then do another post this week about the expo and talks from the contestants. They had so much to say that I want to talk about that all on it’s own. 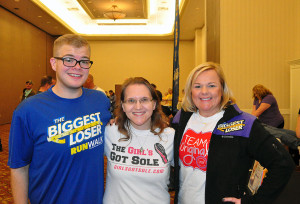 With Jackson and Gina from season 14 at the expo.

On Sunday morning, the race began at 8am, which is later than I’m used to for a race, especially a half marathon. And, Panama City Beach is an hour earlier than Orlando, so it really felt like 9am to those Central Floridians. I was staying with two running friends in a nearby rental villa and we got up just after 6am and got ready. The temps outside were in the mid-50s, so it was chilly, but great running weather. We headed out of the villa around 7am and got to the race site within about 10 minutes.

After using the port-o-lets and meeting up with another running friend, I headed to the start area. One of my roomies and fellow running group-mates and I decided to start off together. They sort of started off the race in waves, they weren’t anything like Disney waves, but it allowed the runners to be spaced out a bit on the course. Also, it allowed our motivators, aka The Biggest Loser guys and gals to send us off with lots of energy and excitement. Vinny from season 12 was on the bullhorn and he really got the group excited.

Once we crossed the start line, it was on. I had my gymboss doing 1:1 intervals and hoped to keep that going through the entire race. In my mind, I wanted a P.R. on this half, but after doing a marathon 28 days prior, I wasn’t getting myself worked up about not getting that goal accomplished either. But, you have to keep your head up and think positively! 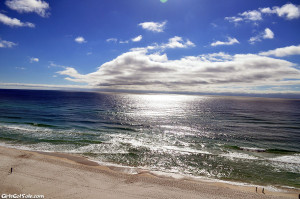 View outside on the balcony of our villa post-race.

At first, we kind of went around the park area where the race village was set up. Not particularly exciting, but the energy out there was great. Once we circled out of the park, we got onto a running/biking trail for majority of the half marathon. I realized this was a good thing for the race director because it really was safer in the long run overall and also, it allowed the event to hire less police officers for traffic control. We had a few cops whenever we crossed streets, but otherwise, it was a straight-forward trail. The only compliant I would have about doing it on a trail is that it’s very narrow and makes it more difficult to move around other runners. Otherwise, I liked running on it.

I did experience issues on and off during this race with my stomach. I feared having to stop and use the port-o-let a few times. Finally, I relented and stopped, but thankfully, it was a fairly quick pit stop (not as fast as I would have liked though, I would have preferred not to have to stop during a half). I still had stomach cramps on and off even after the stop, but I forced myself to buck up and push through it. I stopped around the mile 8 mark, so I knew that I didn’t have a heck of a lot more to go. 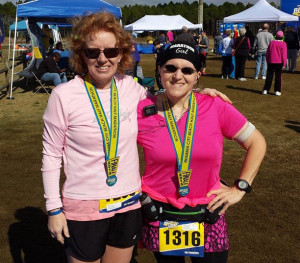 Carrie and I post-race.

My running partner had decided to change her intervals about the halfway point, so I was on my own from mile 7ish on. That was okay though, because I did bring my iPod with me. If I run solo, I have to have some music. She and I ended up playing “leap frog” with each other though a few times as our run/walk/run intervals came together a bit.

As I came back into the park and the last mile or thereabouts, I looked at my Garmin watch. I wasn’t sure that I had under 3hrs in me after the pit stop, but I decided to give it all I had and try. We came in and around the park and I could see the finish line about a half mile ahead. I told myself that it was right there, I could do this. Turning the last curve, the finish line was just feet in front of me. I took off in a sprint, I was going to finish strong no matter if I got that P.R. or not. It was the last race of 2013 and I wanted to give it all I had. I crossed the finish line with an official time of 2:55:41 which is a P.R. for me…almost a full two minutes faster than I did the OUC Half Marathon in December 2012. It felt awesome to accomplish a P.R. especially after doing my second marathon on December 1st and getting a P.R. at that race. I couldn’t have been happier to end this year with The Biggest Loser RunWalk Half Marathon. It’s a race I really want to do again…and, maybe for a new P.R. 🙂 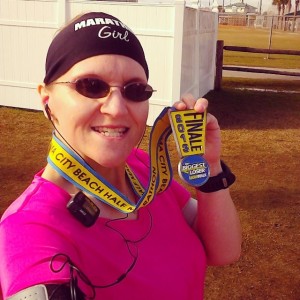 Happy with my new PR and beautiful bling!