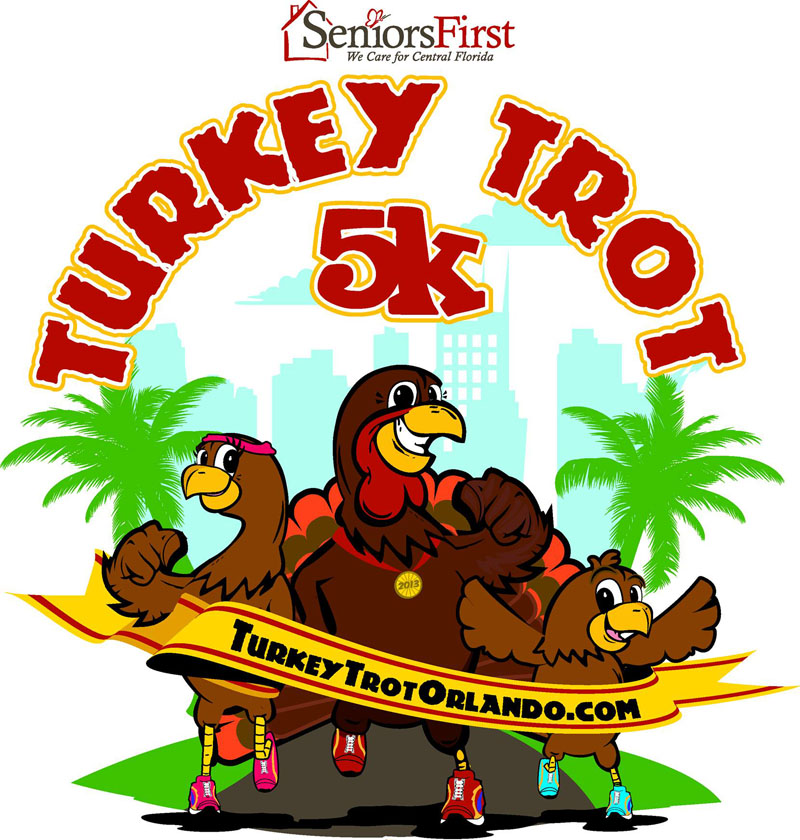 The Seniors First Turkey Trot 5k in downtown Orlando has become a tradition since 2011 for me. The race itself entered it’s 25th year running with this year’s Turkey Trot event. It’s a great way to kick off your Thanksgiving day festivities, and burn a few calories before your big meal.

This year, the weather was great at the start. Over 5,000 runners and walkers came out to the event at Lake Eola. While it’s great to have so many people into fitness, that amount of people makes the race course pretty crowded. Other than the large number of people, this is always a fun event. Track Shack does a great job with it, and the proceeds go to help the local Seniors First charity that does the Meals on Wheels program and more for local senior citizens. 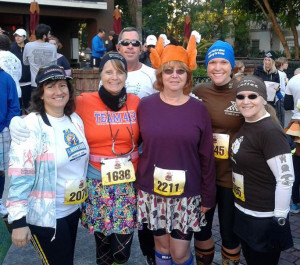 I arrived around 7:30am and easily found parking in a nearby garage (some of the local law offices leave their parking garages open for the event which is nice). I then headed toward the starting area to meet some of my Orlando Galloway friends. We were meeting in front of Panera, which was packed with runners and walkers. Thankfully, I found half a dozen of my fellow training group runners and we were able to get a quick group photo before everyone began to line up for the 8am start.

Last year, I ran the Turkey Trot with a few of my pace group girls, but this year, it ended up just being myself and one other person who stuck together. With the crowd, it was a little tough, but we managed to do pretty well. Maryjean had been injured for a good deal of the training season, so it was nice to be able to run with her again. During the first mile or so, another runner joined us in our 30:30 intervals. As it turned out, she ran with our pace group in Orlando Galloway last season, so it was nice seeing a familiar face. 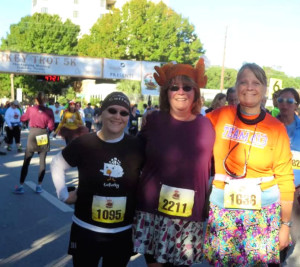 The Turkey Trot itself was fun, the only thing I don’t like about the route for this 5k is the brick. Downtown Orlando has a good deal of rough brick roads and it’s not the most fun to run on. Since we do run through bricks in Winter Park at times, I’m used to them, but I am always cautious since it can be so easy to take a fall. One fall is more than enough for me this season! Also, with Space Coast Half Marathon on Sunday, I was definitely playing it safe.

I felt good on the course for this 5k fun run. It was a nice morning weather-wise, and I had great company to chat with as I ran. While I don’t mind running short distances solo, I have grown to love running with a partner or a group of people. It makes a run so much more fun I think.

This was an enjoyable event, and I had a good time. I will definitely be doing the Turkey Trot again next year! 🙂

Did you run a Turkey Trot or other Thanksgiving event yesterday? I’d love to hear about it!