On November 9th, I ran the 9K for K9s race in Apopka, Florida. The race benefited the K9s United organization. The non-profit organization helps support K9 officers in whatever way it can. K9s United is committed to supporting and honoring K9 law enforcement officers by providing them the best equipment, amenities, and quality of life both during and after their service.

I was excited about being able to actually run in the event this year, since it took place last year on the same date as another race I had previously committed to. Two of my runner friends, Jackie and Colleen were also running the 9K, so it would be a fun one with friends. 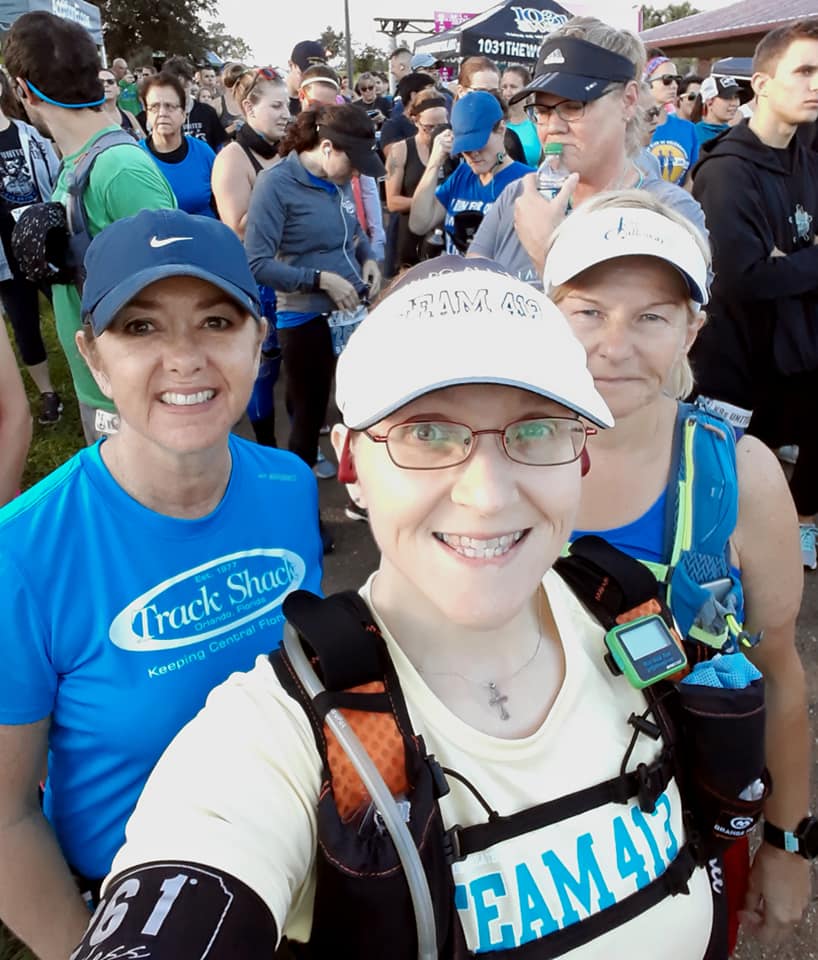 With Colleen & Jackie before the race start.

Race morning, I arrived early as did my friends. We picked up our packets and then headed out for a mile warm-up run before the actual race. There was a sprinkling rain during that one mile run, but it cleared up by the time the race itself started. Overall, I felt good coming into the race, and was looking forward to it.

Once the race began, I took off with Jackie and Colleen. Felt pretty good for about halfway of the race, when I slowed down and the two of them went off ahead of me. I was dealing with the shortness of breath issue, and while I knew it was an issue for the Lighthouse Loop Half Marathon, I had hoped the 9K wouldn’t be an issue. It was an issue after all, so slowing down was the way to go. 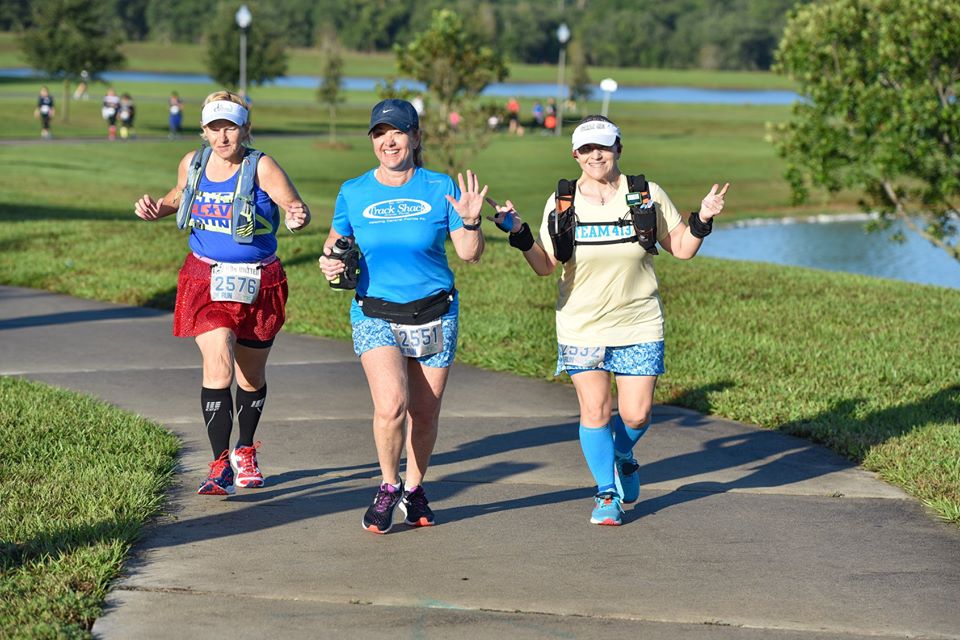 During the race with my friends.

I kept on chugging along though, even though I slowed down at times, I was not giving up. Did try shorter intervals for my run for a bit, but I didn’t end up liking doing a 20:30 interval too much. It felt as though it was slowing me down. During a walk break, I reset my GymBoss and went back to my usual 30:30 intervals.

Was definitely happy to see the finish line! Though, I have to admit, I probably always am happy for it! I didn’t do a great time, but I finished the 9K in 1:14:03. That gave me a 13:24 pace. Honestly, I was pretty happy with that. I know I could go faster when I am feeling better, but it was a pretty good time. 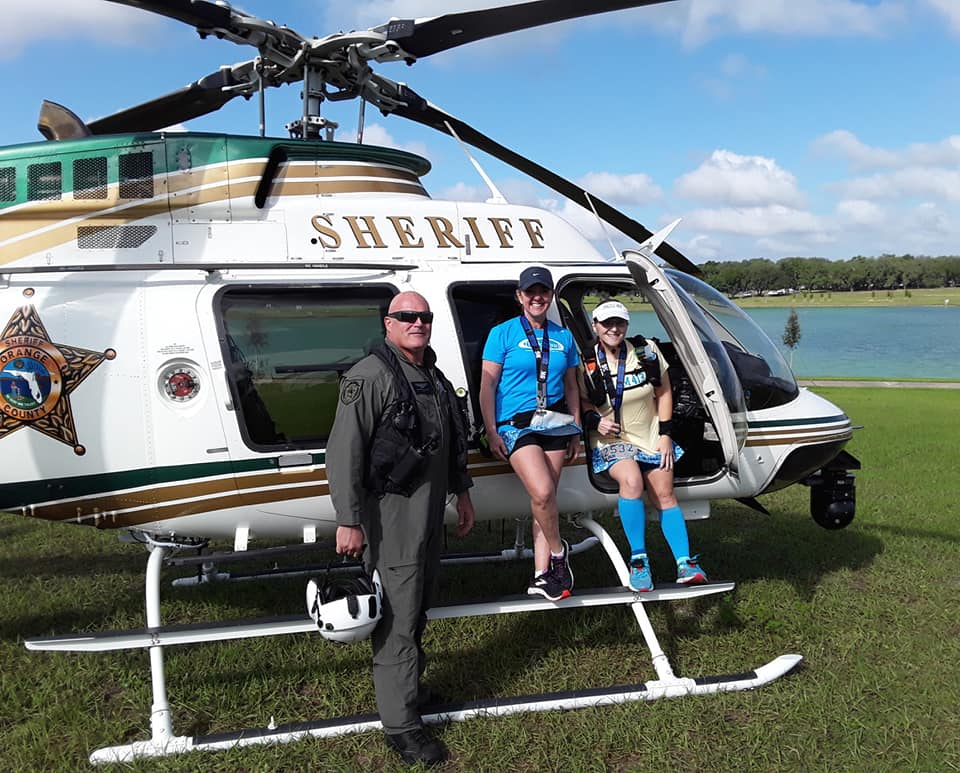 The event was very well put on. Not only did the 9K have good support (they also have a 5k), but the amount of law enforcement presence was impressive. After the run, they did a K9 demonstration which was awesome. Really enjoyed seeing that. They had a few related vendors on hand, and we got some cool photo opportunities with the helicopter and some officers.

This is a race I enjoyed, and plan on running again next year. They put on a few runs a year in Florida, so check out the K9s United website for more information. 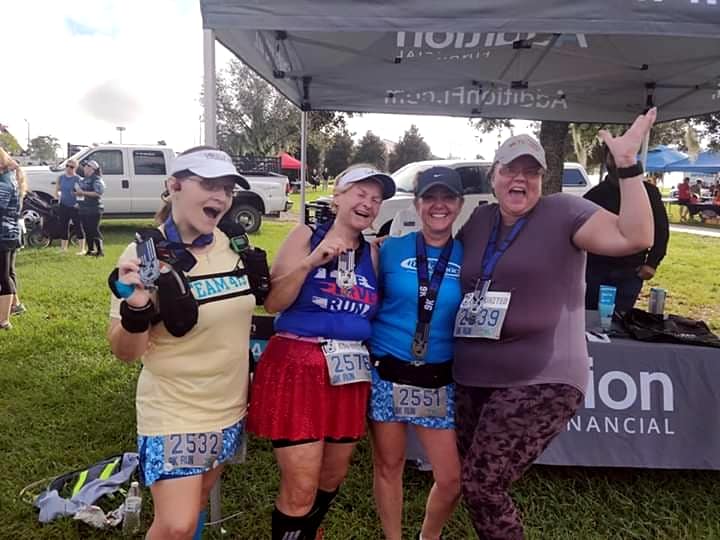 Post-race with Jackie, Colleen and Liz.