The great thing about running OUC is that there is a lot of my Orlando Galloway training group running the race. This makes the race so much more fun. As I’ve said in the past, I’m more of a social runner, so running with my friends is something I love doing. This year, we had a great showing, there were easily more than 20 of us between the half marathon and 5k distances. 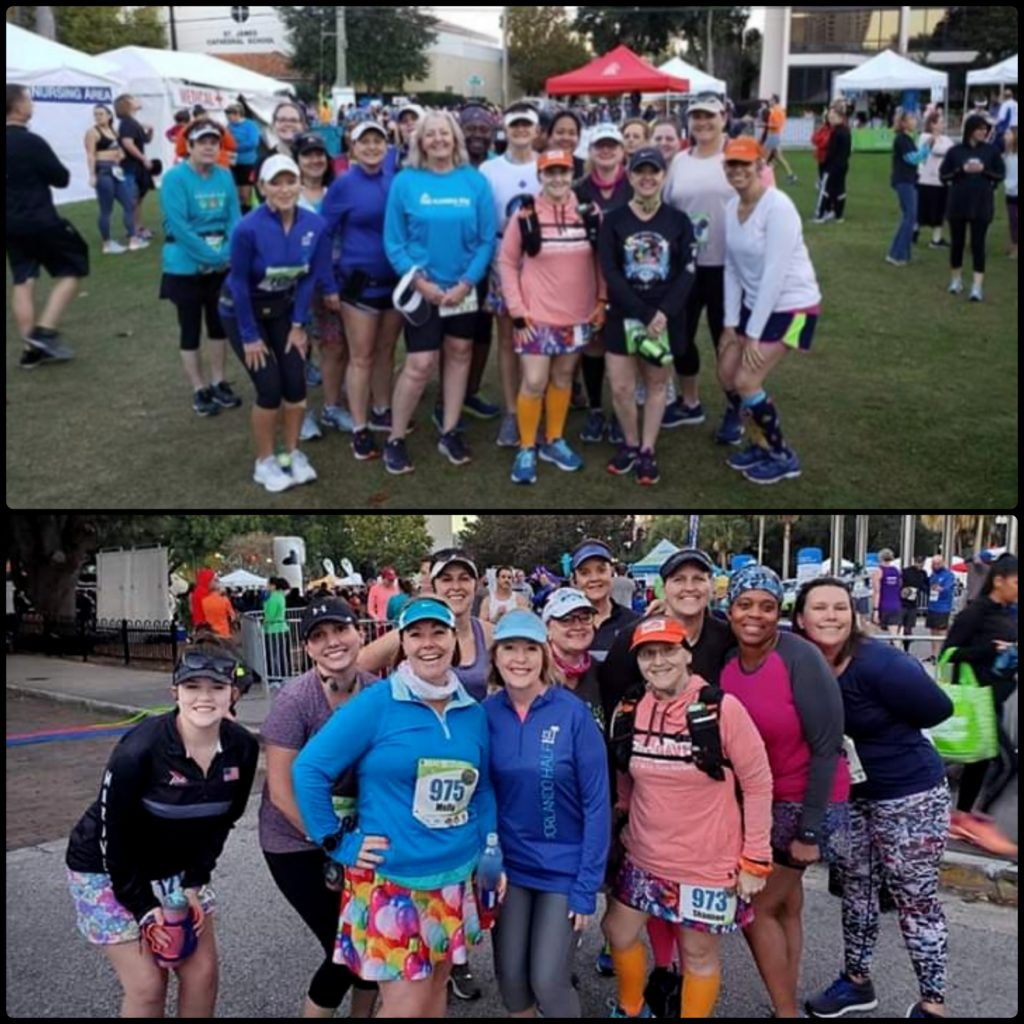 Race morning, I met up with my friend, Colleen, and we headed to park in a nearby parking garage. We arrived quite early, so we had time to sit and chat before walking over to the race starting area. Once we headed over, we quickly spotted a number of our Orlando Galloway friends. A lot of us were headed toward the VIP Porto-Potties, which is another great perk of running this race.

Brooks Running sponsors the VIP Experience each year at the half marathon. This includes access to the VIP porto-potties, and a nice after party area. I’ll be honest, my favorite perk is the porto-potties. Brooks Running calls this their Royal Flush! These are a step up from the usual port-o-lets runners are used to. They have a couple of trailers that have about 6 toilets in each one, as well as sinks. Once you go VIP, you won’t want to go back. Ha! 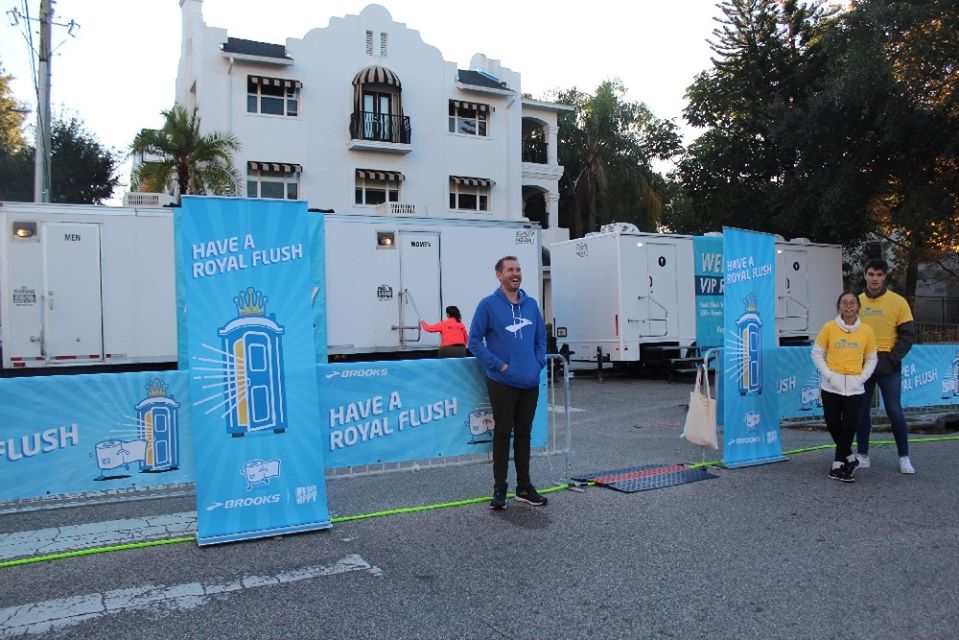 We all met up for some group pictures about 15 minutes before the race start, then we all headed to the start to line up for the race. There were a lot of runners; according to Track Shack, there were 2694 finishers of the half, and 840 5k finishers. This year, both distances started the race together. The 5k then split off at the 1.5 mile mark. That first mile is always pretty crowded, so I admit I was a bit concerned how that would play out adding another 800 runners to the mix. Looking back, I think it went okay, wasn’t too bad.

Once the race started, I was happy to be off and running. I was with a few of my runner girls, there were four of us. Others were close by during that first mile. All of us were doing 30:30 intervals, though we did go out running a full minute before getting into our intervals. I was feeling good. Ended up running that mile in 13:51, which would end up being my fastest mile. 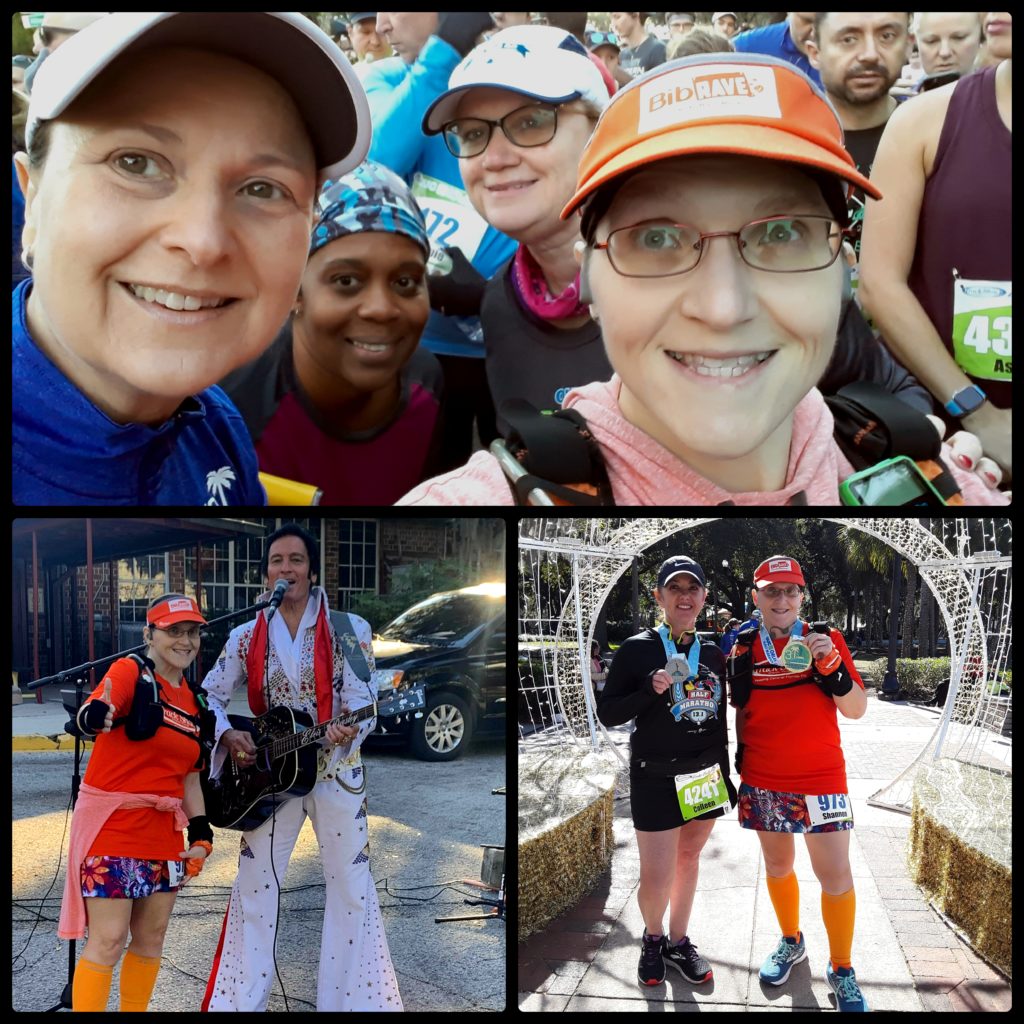 I kept a fairly consistent pace throughout the race, until mile 8 where I slowed and hit a 15:12 mile. Not specifically recalling why my pace slowed, but after the 15k mark, I did speed up a bit to a 14:39 pace for mile 10. What I do remember is the last 2-3 miles were back in the 15s because I was feeling like I was teetering on my breathing somewhat. I never had trouble like I did when I ran the Lighthouse Loop Half Marathon back in October thankfully. But, it did slow me down slightly.

Crossed the finish line in 3:15:32. I was proud of this time after what I’ve been dealing with. This whole shortness of breath/asthma stuff is no fun. This finish time is a great improvement from my last half, which I finished in 3:31. So, I know I’m on the right track with my treatment. It’s just going to take some time and tweaking. 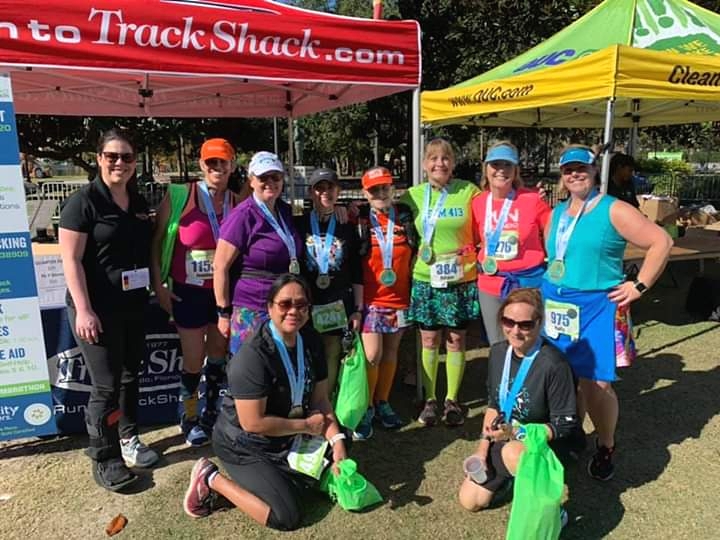 Bottom line is, I love the OUC Orlando Half Marathon. If you want to run a half marathon here in Central Florida that’s not runDisney, I highly recommend it. Track Shack is the best in race management and their races are the best.

Next up for me is the Mount Dora Half Marathon on December 22nd. 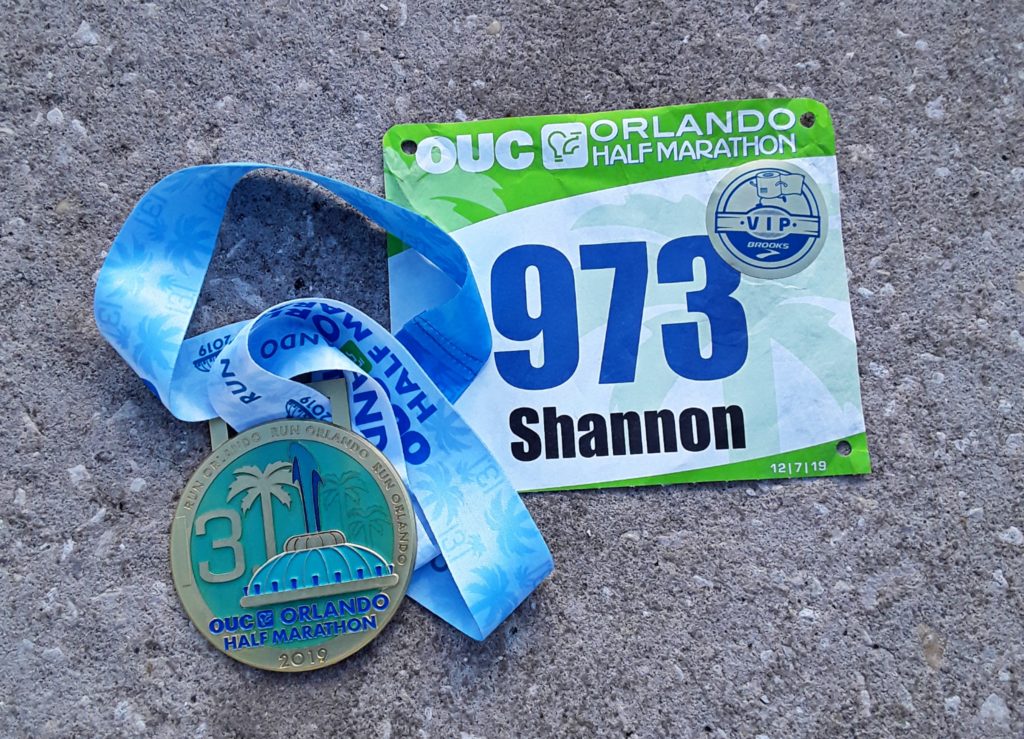