Disclaimer: I received free entry to the 2019 Mount Dora Half Marathon as part of being a BibRave Pro. Learn more about becoming a BibRave Pro (ambassador), and check out BibRave.com to review, find, and write race reviews!

On Sunday, December 22nd, I ran the 2019 Mount Dora Half Marathon. It was my third year running the race, and was probably the most challenging year for me thus far. The reason I say that is because it rained almost the entire race. Made for a bit of a challenge, but that didn’t stop me from getting it done.

The day before the race, I drove over to Mount Dora to pick up my race packet. It’s about a 35 minute drive, so it’s not too far away. When I arrived, I easily picked up my race packet and then ran into fellow BibRavePro Samantha. We then had the opportunity to chat a bit, and met Olympian Bill Rodgers who was at the event. He was so great to talk to! 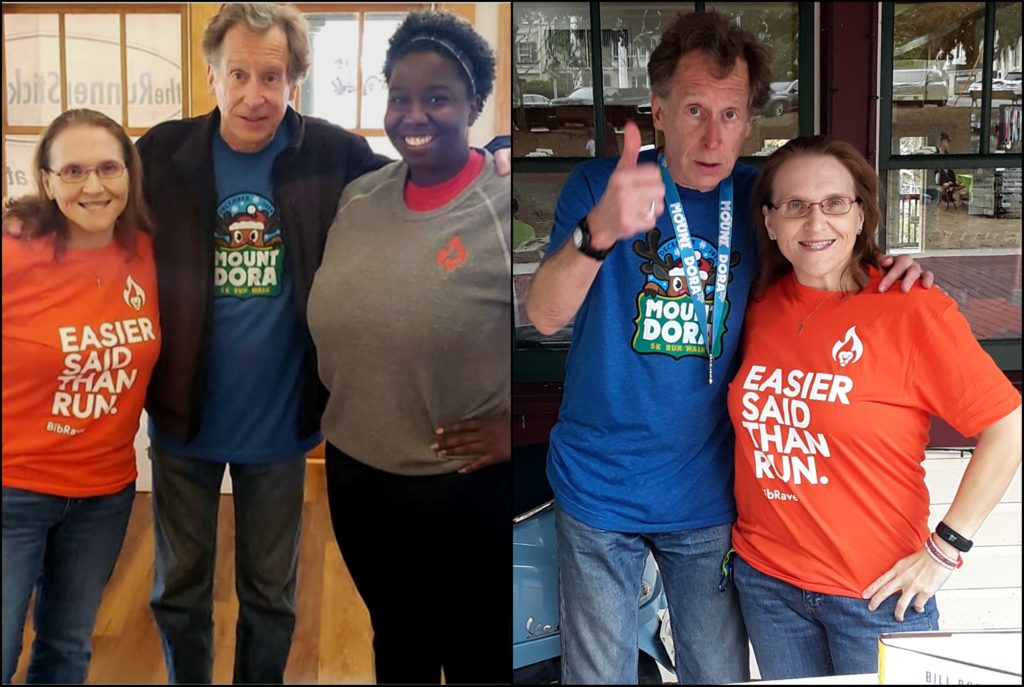 When race morning arrived, I hoped the rain in the forecast would somehow take a hike. Unfortunately, that didn’t happen. When I arrived, I easily parked in a nearby parking garage which was great. It worked out not only because it was close to the start/finish line, but that it was covered. This ended up being where a number of us hung out before the race so we could stay as dry as possible.

About 15 minutes before 7am, we walked over to the start line. Made it over in time for the social media group picture which was fun before the race began. I then walked toward the back of the starting corral with a couple of my Orlando Galloway friends. We decided to start together and see how it went. 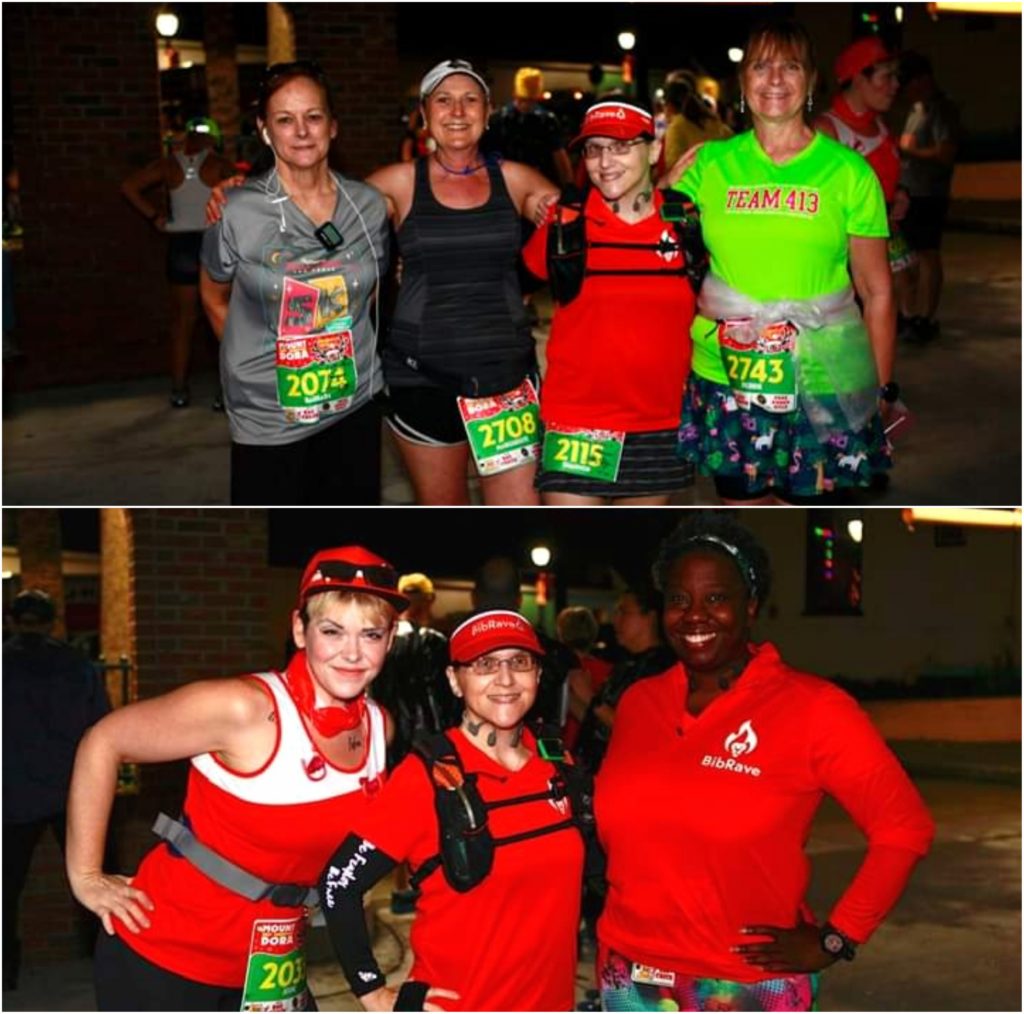 I ended up running most of the race with my runner friend, Meg. We used 30:30 run/walk intervals and I was feeling pretty good. Despite the rain, we kept a decent pace and chatted to keep one another motivated. I had hoped we could finish in 3:15, but figured we’d see how it went.

Because of the rain, I have to be honest and say a lot of the miles during this race blend together for me. We did have periods of time when it was barely raining/drizzling thankfully. The worst moment was when it practically down powered for a few minutes and the wind picked up. But, that passed fairly quickly which I know I was grateful for. 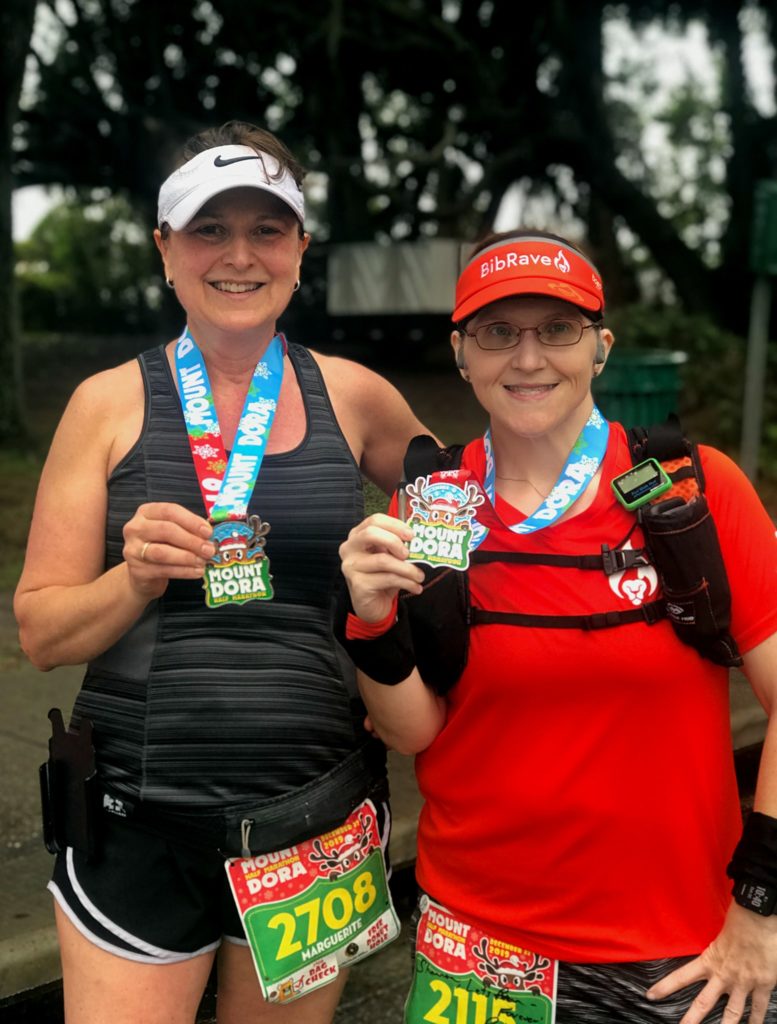 The last 5k was a mixture of a bit of exhaustion at first, then I felt a bit better and was able to push myself to the finish. I finished in 3:20:43, which while not what I had hoped for, I was pretty good with. It was 5 minutes slower than my OUC Orlando Half Marathon time.

Since I’ve been dealing with with my shortness of breath/asthma issues lately, I’m okay with how this race went. I didn’t experience any shortness of breath issues the entire 13.1 miles. Not sure if it was because the rain kept the allergens down or what, but whatever it is, I’m happy about it. Despite the rain, this race was a great way to end my racing in 2019. 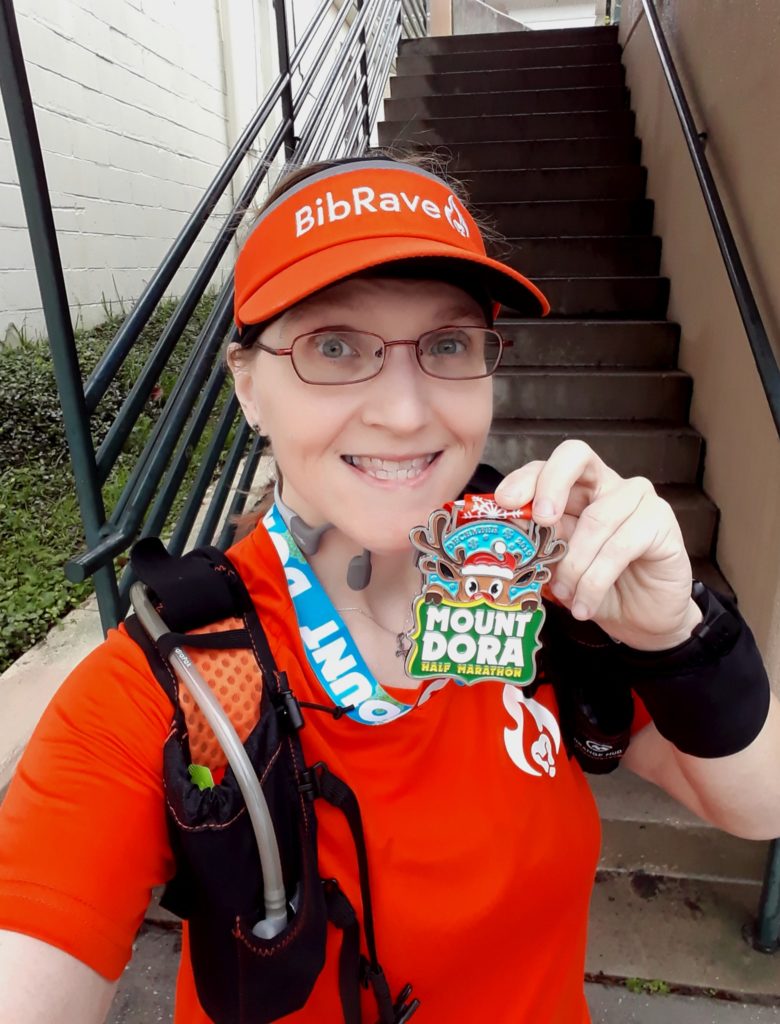