I was blessed to be able to run and pace the 2019 DONNA Half Marathon in Jacksonville. This was my first marathon back in 2013, and I have since returned to run the half or full distance in 2014, 2015 and 2017. It’s truly a race like no other, and I always enjoy running it.

Jacksonville is about 2 1/2 hours from Orlando, so I always drive over on the Saturday morning before the race, and spend the night. This time, my mom joined me and we left my parents house about 10am on Saturday. The drive over is easy, but not the most exciting. So, I am always happy to have company. Mom also was happy to get out of the house for just over a day, as she just had knee surgery the week before. It was also a good opportunity to have some mom/daughter time. 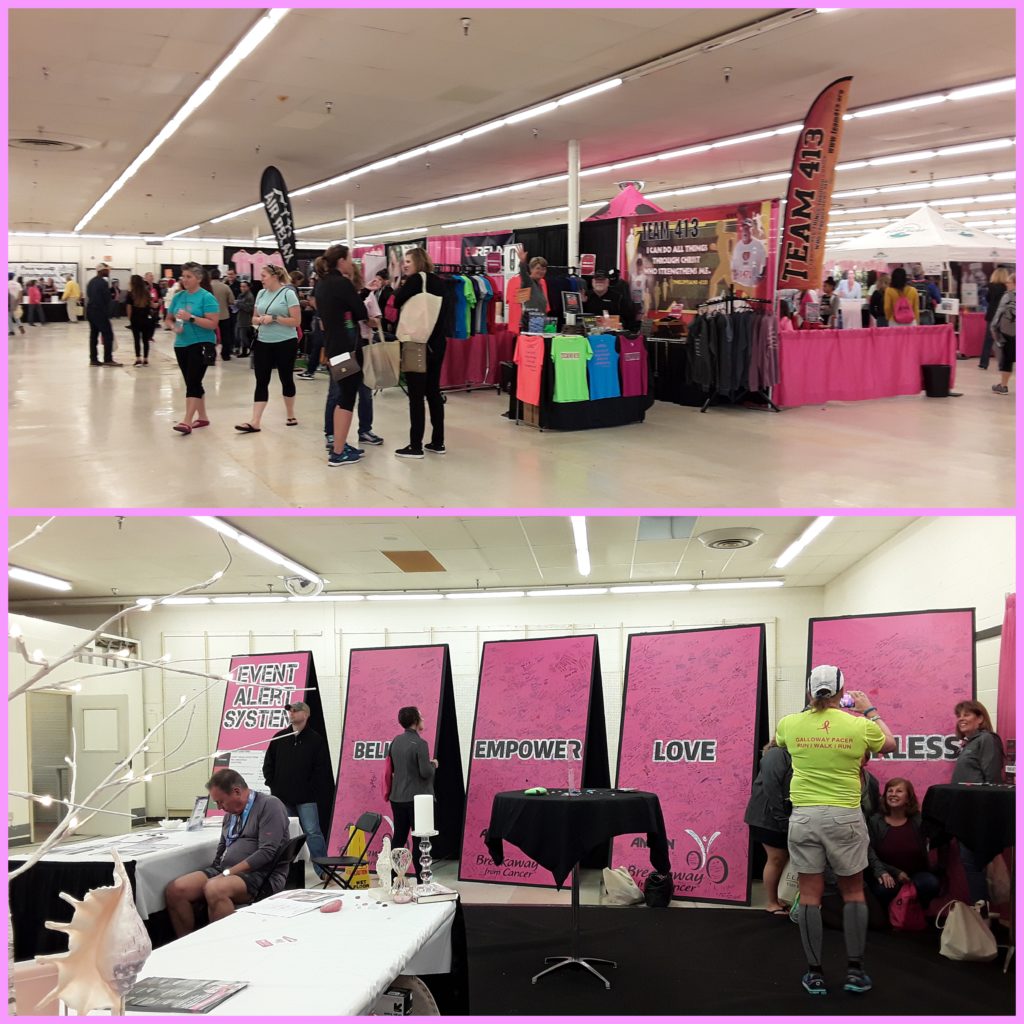 We arrived at the race expo at about 1:30pm. This year, the expo was at an old K-Mart plaza. Heading inside, I was pretty impressed with the setup. I thought it was nicer than the 2017 expo, as I can’t say how the 2018 race expo was since I didn’t run the previous year. Felt as though this old store location was a great place for the race expo. The vendors were laid out well, and I had no issues finding anything.

Once I picked up my race packet, I spent a few minutes talking to Jeff Galloway, as did my mom. I told her to talk to him about getting back into walking after her knee surgery. He gave her some great advice, of course! I then walked around the expo checking out the vendors. Spent some time chatting with John of sQoosh bands, and he hooked me up for some lucky blog readers! If you have yet to try a sQoosh, you owe it to yourself to do so (stay tuned for a giveaway soon)! Then, I stopped by the TEAM 413 booth, always love spending time with Chris and Kiki! And yes, I got another shirt, and new magnet for my car while I was there. 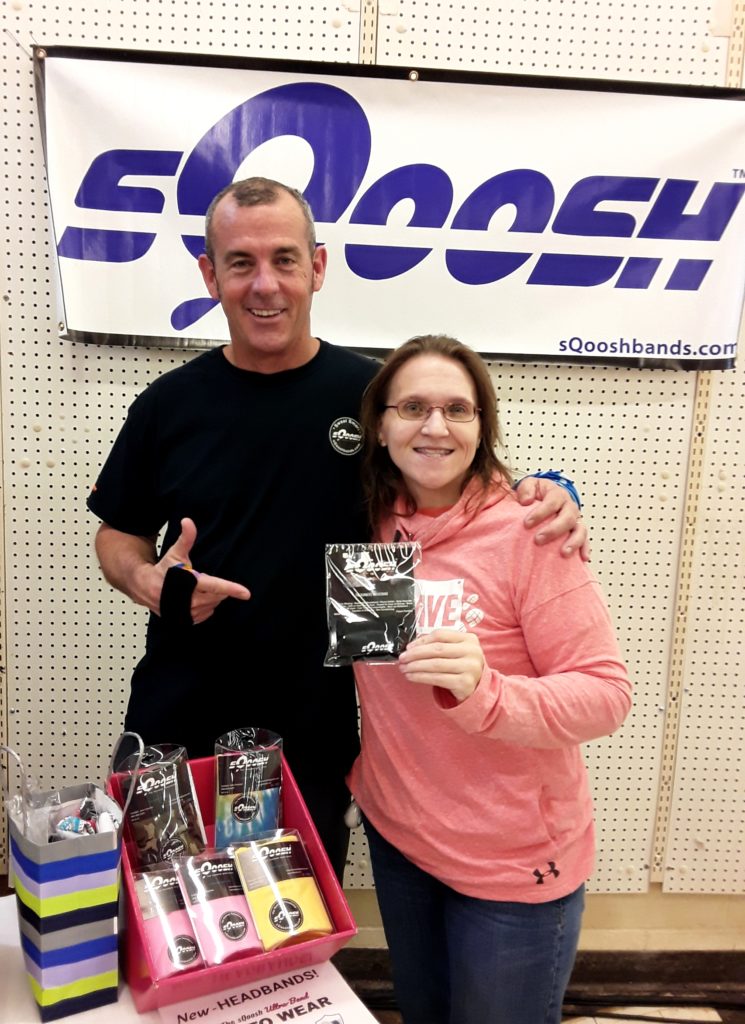 After the expo, mom and I headed to check into the hotel. Once we took care of that, I drove us to Olive Garden to get some to-go, and finally settled into our room. Carb-loading is the best with spaghetti! I have to admit that it’s one of my favorite pre-race meals. Dinner was eaten, and enjoyed, evening before the race routine done, and I got into bed for the night.

Race morning and that darned wake-up alarm came far too soon, but I was happy to get up and dressed. Out the door I went, at about 5am. This year, parking was at the UNF campus, which was a 15 minute drive from the hotel. I got there pretty quickly, but the actual parking itself took a bit longer than it should have. Since it was the first year the DONNA had this shuttle/parking arrangement, I’m sure it will only improve next year. Once you get on the bus, it’s another 15 minute drive to the race start and village.

I had a nice chat with a fellow runner while I was on the bus, I love talking with other runners. It also helped make the time pass by and before we knew it, we were at the starting area Okay, really a block or so away from it, but we were close by. Once off the bus, I followed the stream of runners and then headed right over to the pacer tent. 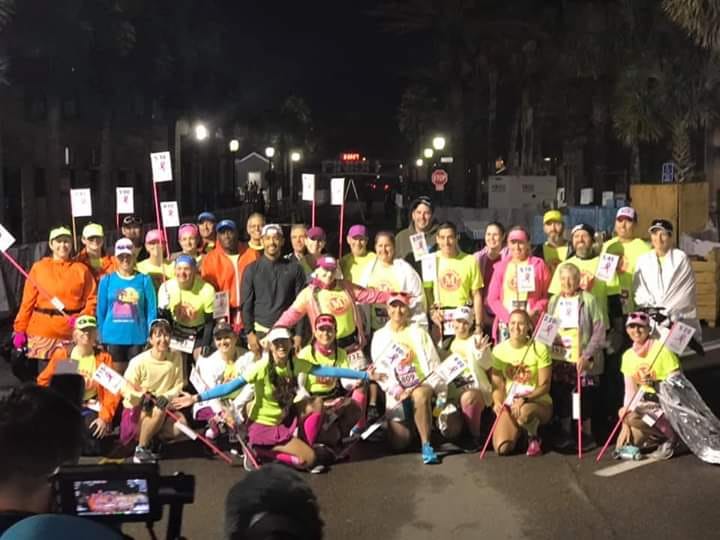 Most of my morning before the race start was spent at the pacer tent. I did make a port-o-let run and on my way back to the pacer area, I spotted Amanda Napolitano (Race Director) and Donna Deegan. I was able to say hello and give both hugs before the race. It was great, as always seeing them both.

I was pacing the 3:30 finish for this race, which is a bit slower than I am used to going, but I figured I would just enjoy the experience. My co-pacer I learned was a new pacer, and this ended up being the first time he had been a pacer. Shawn, who is a Jacksonville local, and Galloway Training group runner, was a lot of fun to pace with. 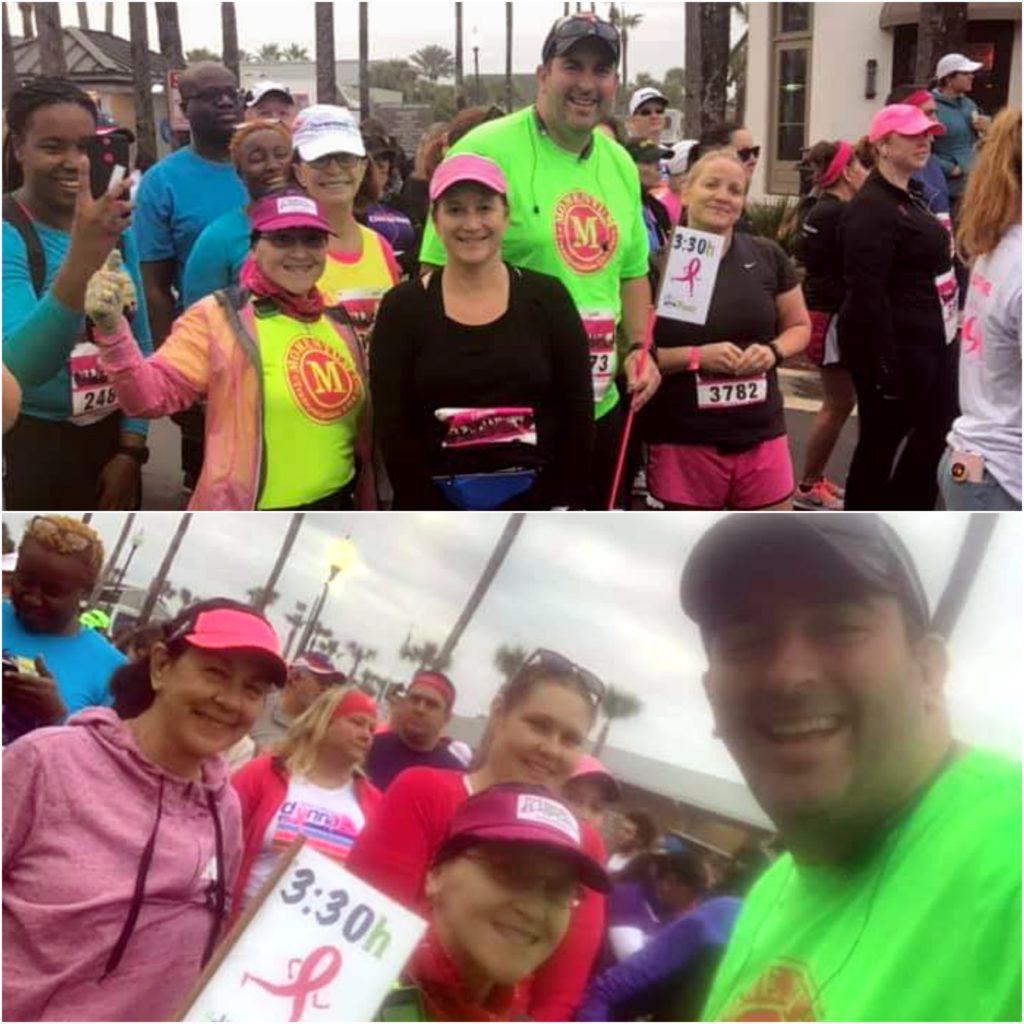 It was a blast pacing this race! I honestly had more fun at DONNA pacing than I do pacing at Disney. Don’t get me wrong, Disney is fun, but I think I just have a great connection at this race, and it’s not as crowded on course. Also, the community is amazing for this race, I love that so much! 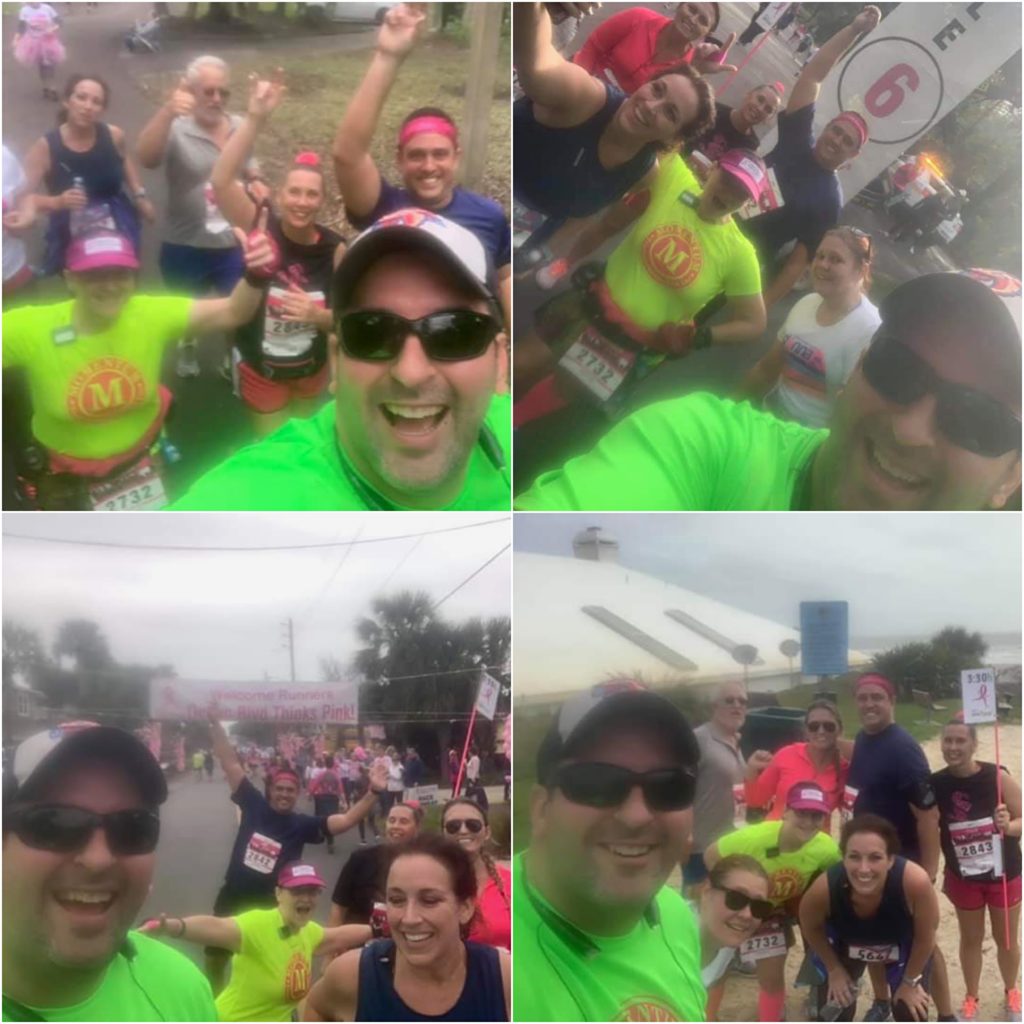 The first half of the race was great, I knew we were going a bit faster than we should have, but Shawn and I worked on slowing things down at each mile. Taking some fun selfies of the group helped not only pass some time, but we had a lot of fun doing the pics!

With the DONNA’s new course, it really brought out the very best of Jacksonville. I’ve done the marathon at DONNA twice, and this time, with the course change, the half marathoners got to experience some of the same neighborhoods that the marathoners only did previously. A stand out is Ocean Drive, what a great bunch of folks! 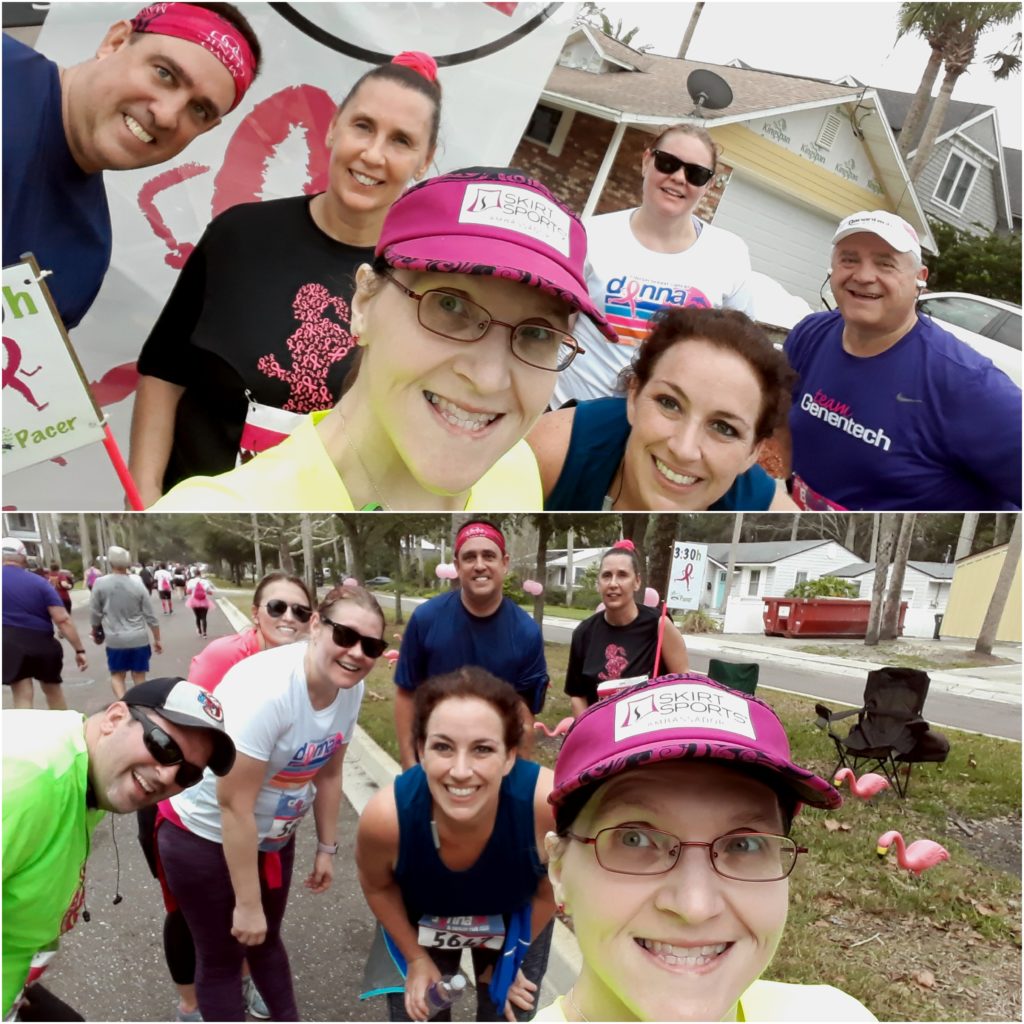 Crossing the finish line, I was so happy to have completed another DONNA race. I can’t wait to go back next year! It’s race like no other, and best run with lots of friends! 🙂 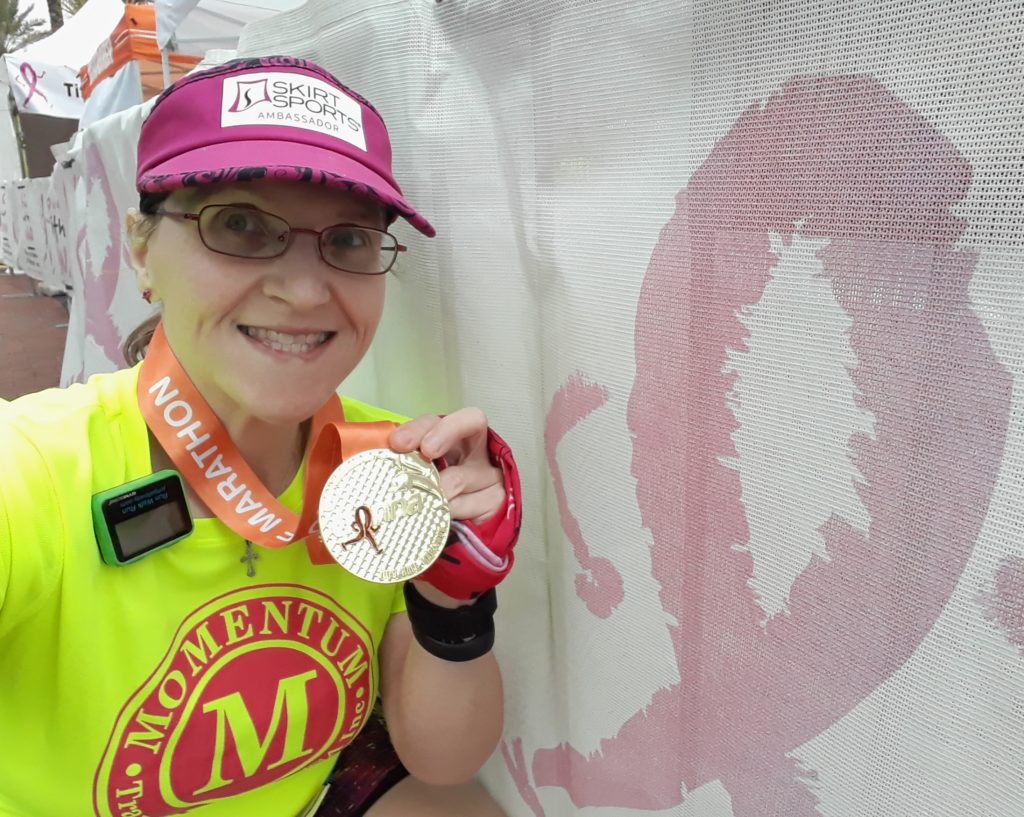