On Saturday, March 2nd, I ran the 2019 Best Damn Race 10k in Orlando. I was supposed to have run the 10k last year, but I ended up doing a DNS in order to get in a 14 mile run for a half marathon later in the month. So, I believe I haven’t run Best Damn Race since 2014.

I was able to run this year with one of my running friends, Colleen. We went to get our race packets the day before the race, and the process was easy and fast. The cool thing about picking up our packets the day before race day is that there were some vendors set up. We had the opportunity to try Doctor D’s Sparkling Probiotic drinks and So Fruitty frozen fruit bars. I highly recommend both! 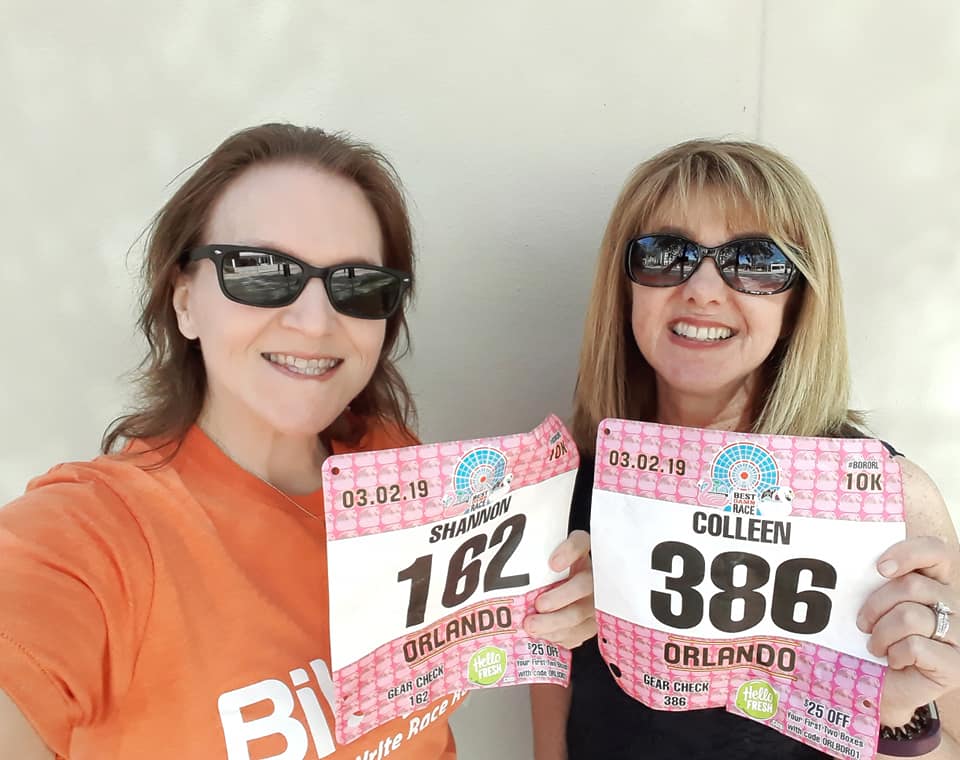 The next morning, I met Colleen and we parked in a nearby parking garage. She chose well too, because we were literally right near the finish area. We walked over to the runners village and did the obligatory port-o-let stop, then wandered around a bit before heading over to the start.

While waiting for the race to start, we met up with some of our Galloway friends. Before we knew it, the National Anthem was being sung, and it was go time. 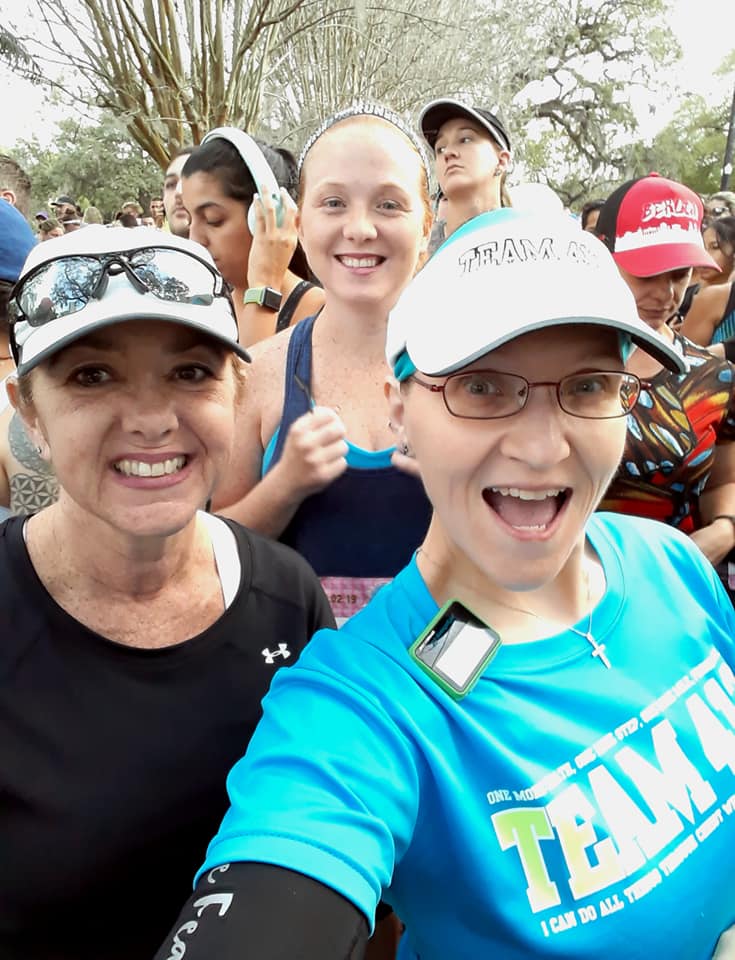 Colleen and I opted to stick with our usual 30:30 intervals for the race. The beginning of races are usually pretty crowded, so we did run for a minute before starting our walk breaks. We quickly settled into our comfortable interval and were feeling pretty good.

The one thing I noticed is that the beginning of the new 10k route had a lot of brick roads. Since downtown Orlando has a lot of roads with cobblestone, it didn’t surprise me. That said, I’m not a fan of running on a lot of brick. It’s uneven and I have to watch my footing more when I run on it.

The brick portion kind of tired me out more by the halfway point of the race, that and the weather was warming up. That’s the thing about Florida, you just never know what kind of weather you’re going to get this time of year. The race started off at about 65 degrees, but the humidity was high. 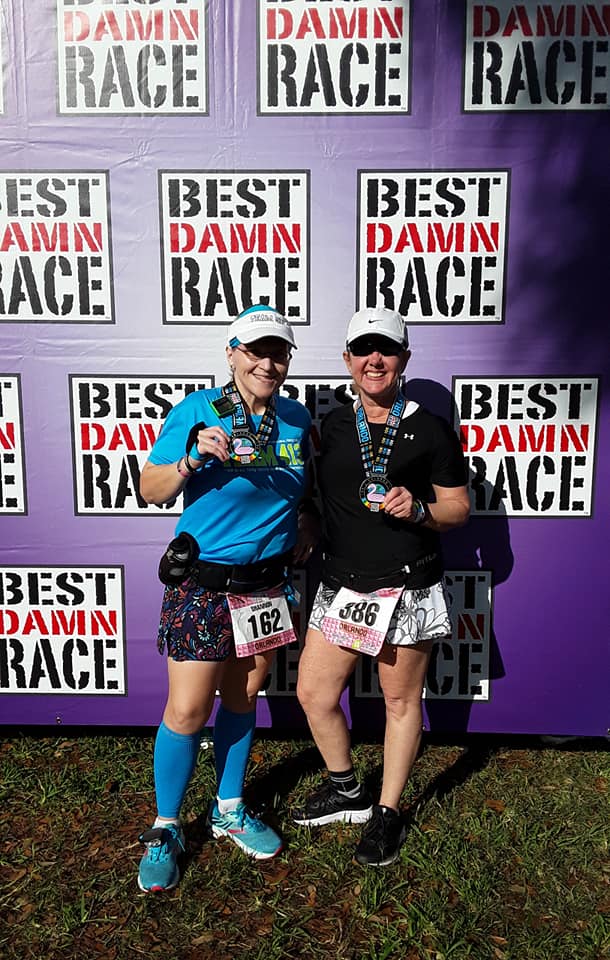 The whole brick deal is kind of unavoidable when you do a race in downtown. But, what was avoidable was the one-sided road that the race tried to use for both directions of runners. You had 10k (then later half marathoners) headed out, then 10k runners hitting the turn around, and back at other runners. I’m not sure why they didn’t close that entire road, at least until the 10k finished, so hopefully that will be fixed next year.

Once we got through that turn around, it was much better. The remaining 2.25ish miles were clear and easy to navigate. We headed onto South Street, turned on Rosalind, and onto the finish on East Central Blvd. It got a lot warmer in the last couple of miles, so seeing that finish line was awesome.

I crossed the finish line in 1:22:00 according to my Garmin. My official time was 1:21:57, which is an overall pace of 13:11 per mile. All things considered, I was happy with that time. No PR, but not every race is going to be that. Also, I didn’t set out to PR that day. It was about running with a friend, and doing my best. 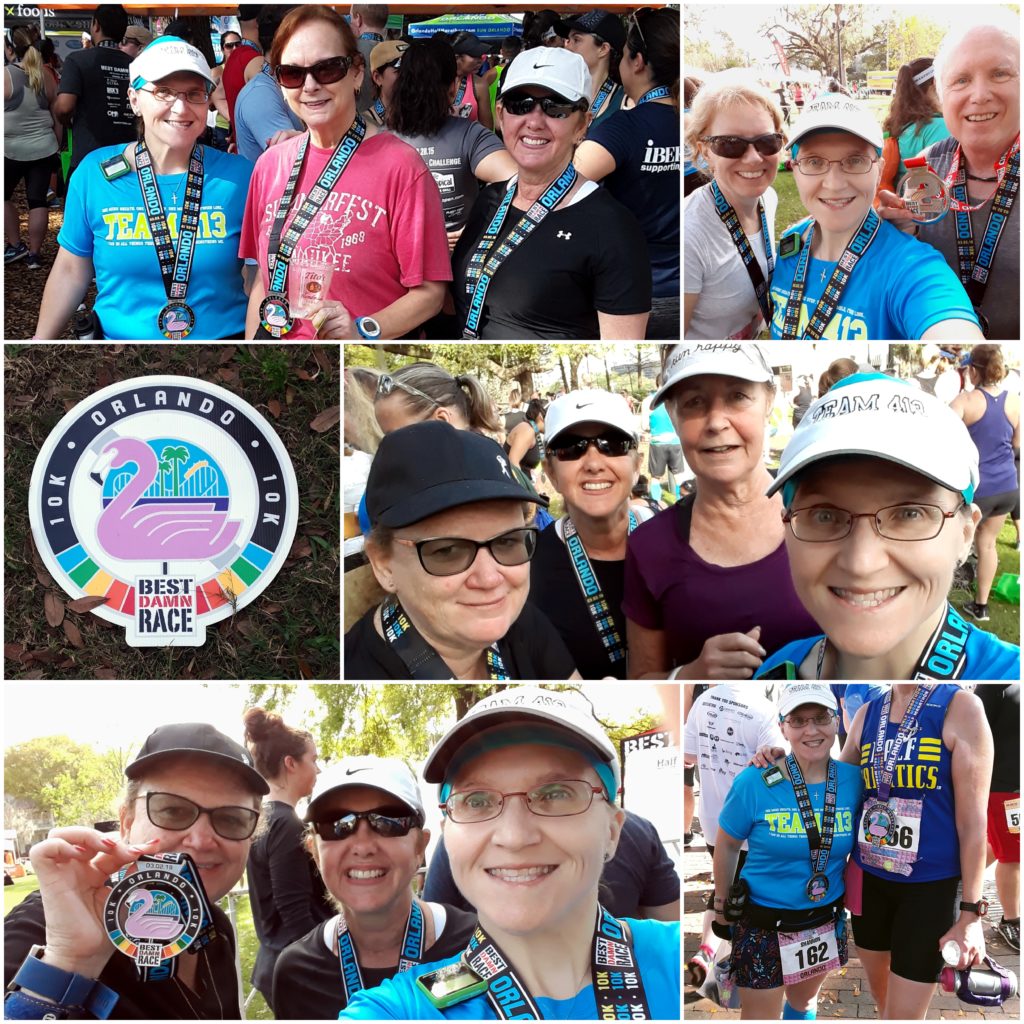 After the race, I enjoyed the post-race party with Colleen and other Orlando Galloway runner friends. I had a smoothie sample from Planet Smoothie, a bottle of Doctor D’s Sparkling Probiotic drink, a SoFruitty bar, and of course a banana. 🙂

Best Damn Race Orlando is a fun event. I enjoyed it, and I plan on coming back out next year to run either the 10k or half marathon. 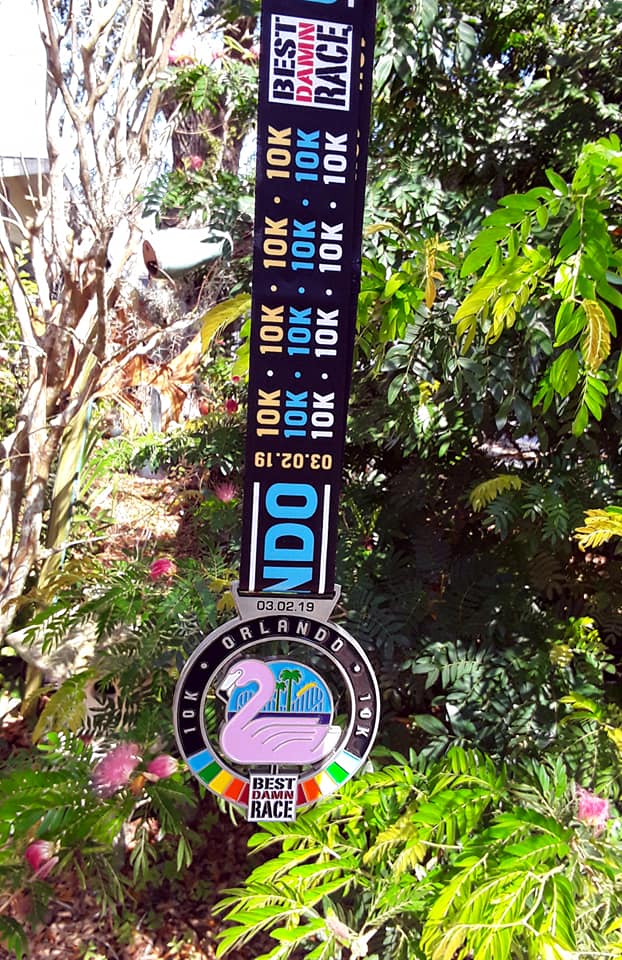