This year, I decided to try out a different local 4th of July race. I typically run Track Shack’s Watermelon 5k in Winter Park, but went for a new to me race, the 4 on the 4th in Oakland, Florida. This race is put on by Tri & Run of West Orange and benefits the local charity, Matthew’s Hope.

The 4 on the 4th run/walk race takes place under 10 minutes from me, so it was easy to drive to on race morning. I got there about 30 minutes before the race start, and was easily able to use the port-o-let, and meet up with my fellow Orlando Galloway runner friend, Sally. The National Anthem was sung, and before we knew it, we were off. 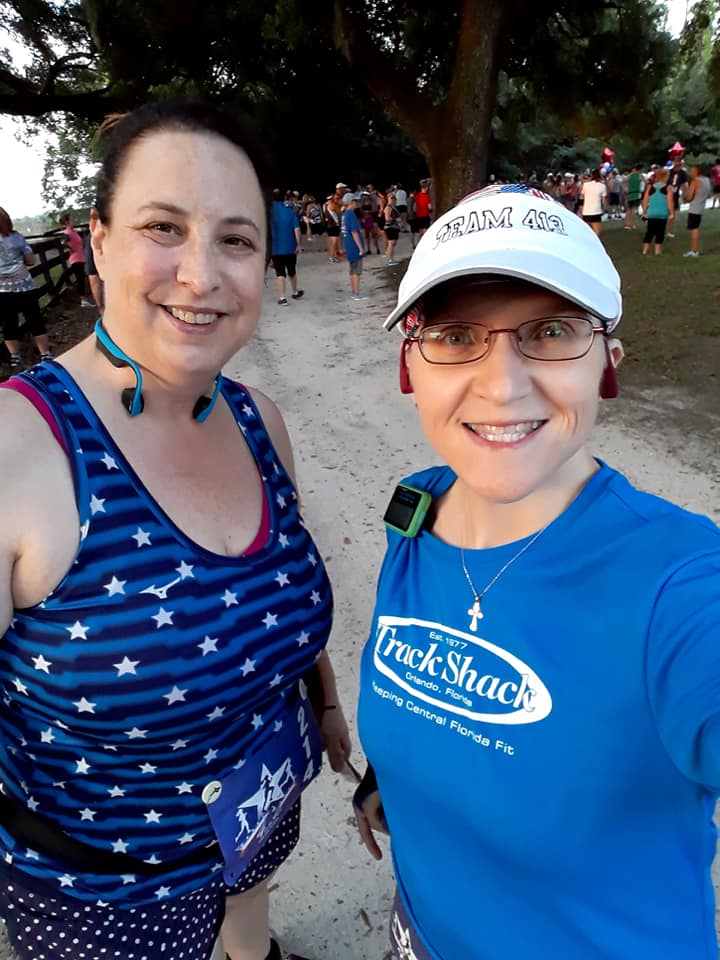 With friend, Sally before the race start.

Since the race start was at 7am, it was already pretty humid and hot. This didn’t make me feel like running very fast. However, my first mile was great, I did it in 12:50. I slowed down from there though. The route ended up being on some gravel and dirt roads/paths and there were some hilly portions. I guess Oakland isn’t completely flat. Ha! 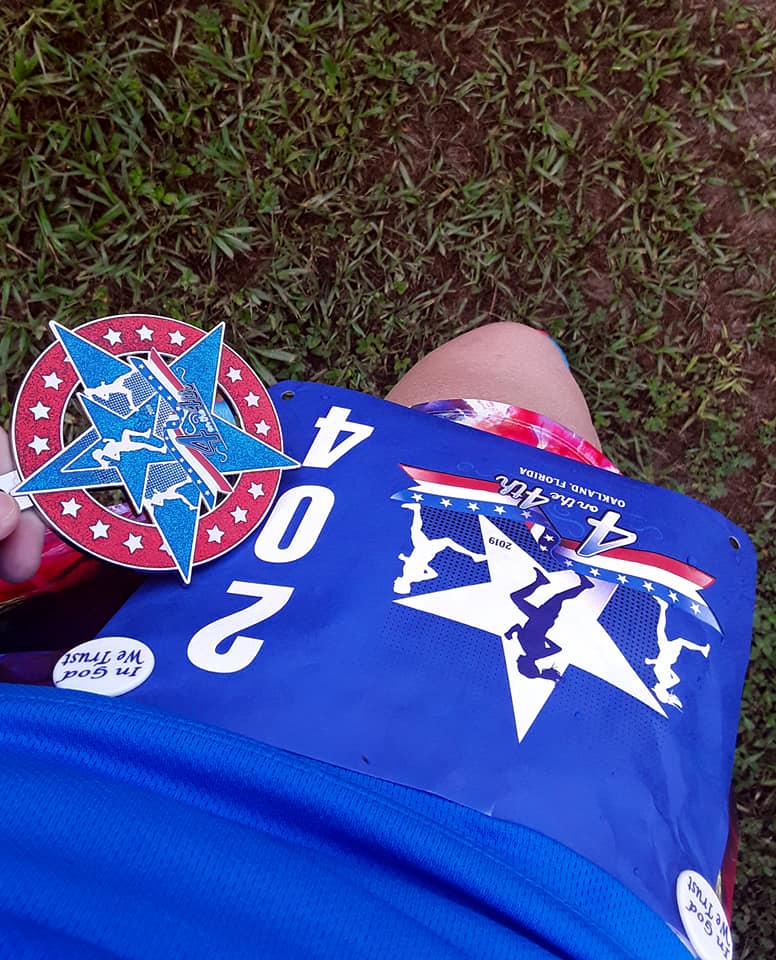 About mile two, I spotted some peacocks, which was neat. I love seeing them in Winter Park during our runs, and it was cool seeing them at this race. Some of the locals were out too along the route, cheering us on which was nice to see. I love it when there are neighbors out during races spectating.

By mile 3, I was feeling the heat. While I hit mile 2 at a 13:31 pace, my third mile was at 14:13. I was thankful for the race having cold towels for us just before that halfway point. Anything to help cool me down gets a thumbs up! The support stops were also well stocked with water, which I took advantage of both times. 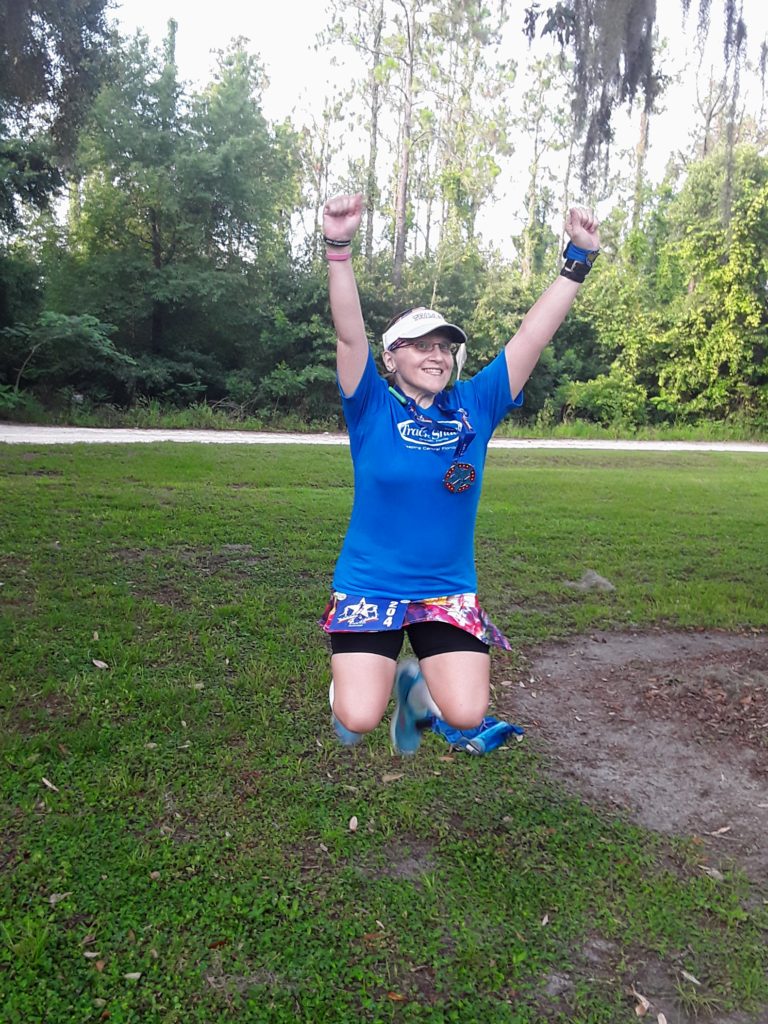 I crossed the finish line with a time of 55:43, no where near a great time for me, but okay considering the heat. The race had another cold towel along with cold water and a fun medal ready for all the finishers. There was also watermelon and bananas. I enjoyed a slice of cold watermelon, which I consider an important part of a 4th of July race.

Overall, I enjoyed this little race. There were about 300 runners/walkers all together, making it one of the smaller races that I’ve done. I only wish it started earlier, but I doubt they will change the 7am start time. It just gets so hot here in Florida, that the earlier we can get our run done, the better. I also loved the charity the race supports, Matthew’s Hope. They gave us a bag to bring non-perishable foods in for the food pantry. From the look of it, they received a good amount of food from participants. Loved seeing that. 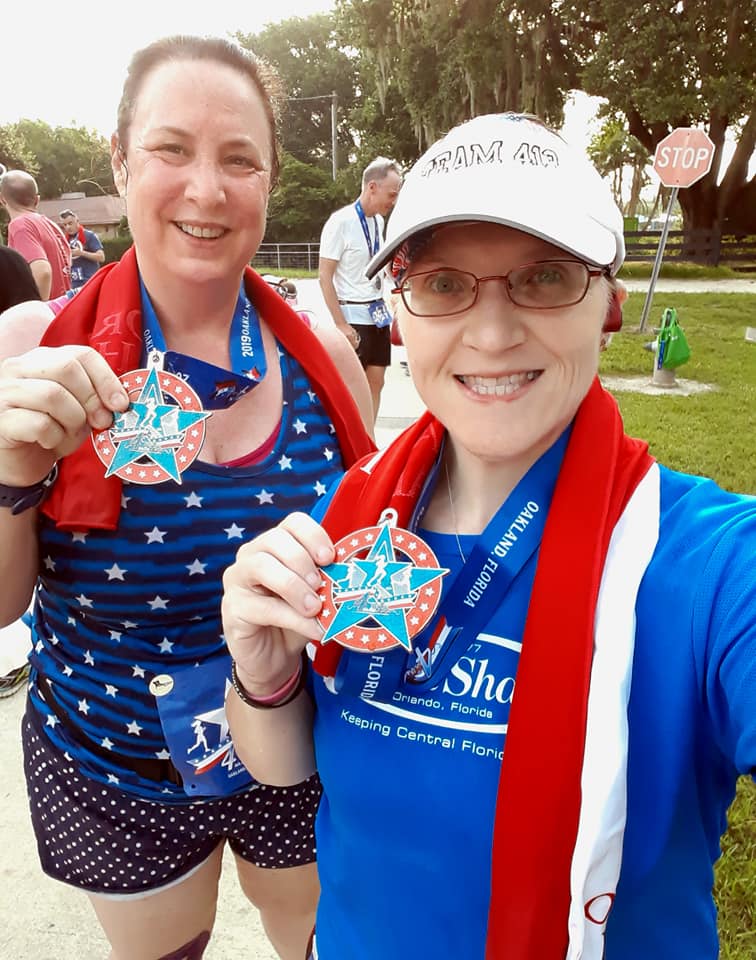