On Sunday, November 4th, I paced the 2018 Wine & Dine Half Marathon out at Walt Disney World. It was my 34th half marathon. It ended up being a tougher day than I had anticipated.

I’ve been blessed with the opportunity to be a Galloway Pacer with runDisney events. Wine & Dine Half Marathon was a race I hadn’t run before, and I was looking forward to it. I believe it was my 5th race that I’ve been a run/walk/run pacer. I really enjoy helping others achieve their goals at the races, and I have a good time running through Walt Disney World.

The morning at a runDisney race begins way early. With the half marathon starting at 5:30am, I had to be there at about 4:15am to get ready to go and in my corral with my co-pacer. I pace the 3:15 finish time, so I’m always in one of the last corrals. That means, being in Corral G at this race, which was the second to last corral. We hit the start line at about 6:15am, so you’re in the corral for awhile. 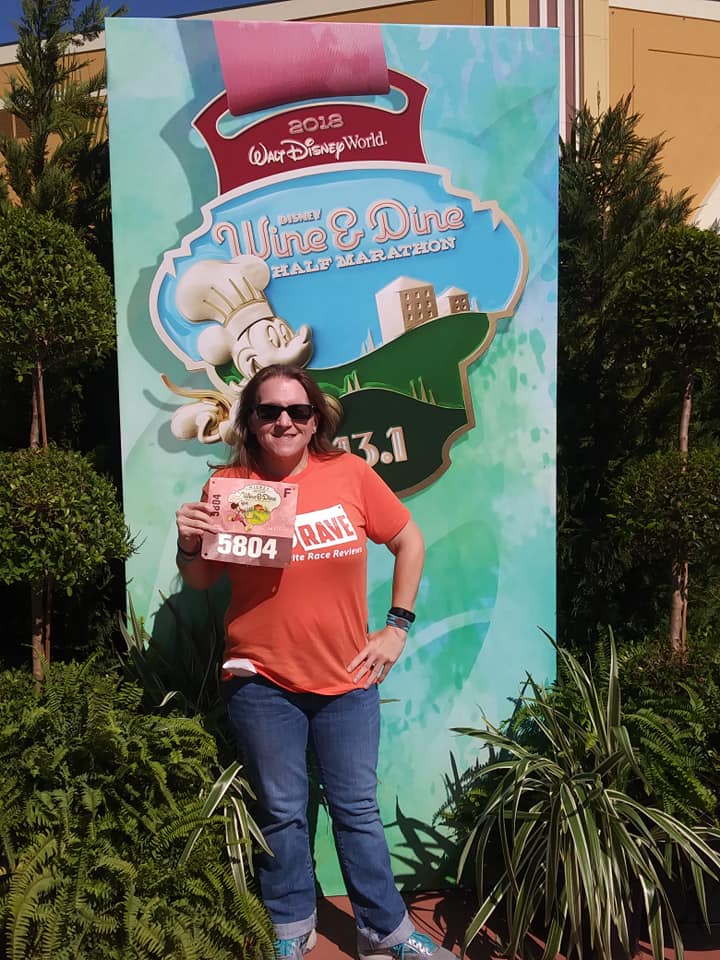 The beginning of the race went well. We had some on and off sprinkling of rain, and it did get humid, but I felt good. I was talking to runners that were with our pace group, and I love learning about where they are from, and such. I had some nice conversations with a few of them.

I felt good, and though I was getting a bit sore and tired, I was confident in how things were going. I did run ahead about mile 6.5 or thereabouts and hit the port-o-lets, but caught back up easily with my co-pacer. By the time we hit the Studios, I was feeling the race, as I was hot and ready to finish. That said, I knew I was going to be good to finish. Or, at least I thought I was.

The wheels fell off at about mile 11.8, a bit before we entered EPCOT Center. All of a sudden, I felt lightheaded, faint and started seeing stars. I had no clue what was going on. I was hydrating at all of the water stops, and I had been fueling with my usual UCAN Superstarch. It was so odd and unexpected. That said, I tried to keep up with my co-pacer Melanie, who was carrying our flag, but I had to drop back. Unfortunately, I couldn’t communicate my issue to her at the time. That upset me, because I felt like I was failing as a pacer.

I found myself walking into EPCOT, wondering if I should even be walking. I was feeling out of it, and disappointed in myself for how I was feeling. As I walked, I was looking for medical folks, but I was seeing none. When I hit the water station, I decided some Powerade might help, maybe my blood sugar was low. Grabbed a cup and drank it, and it thankfully helped some. I continued my walking toward the finish. 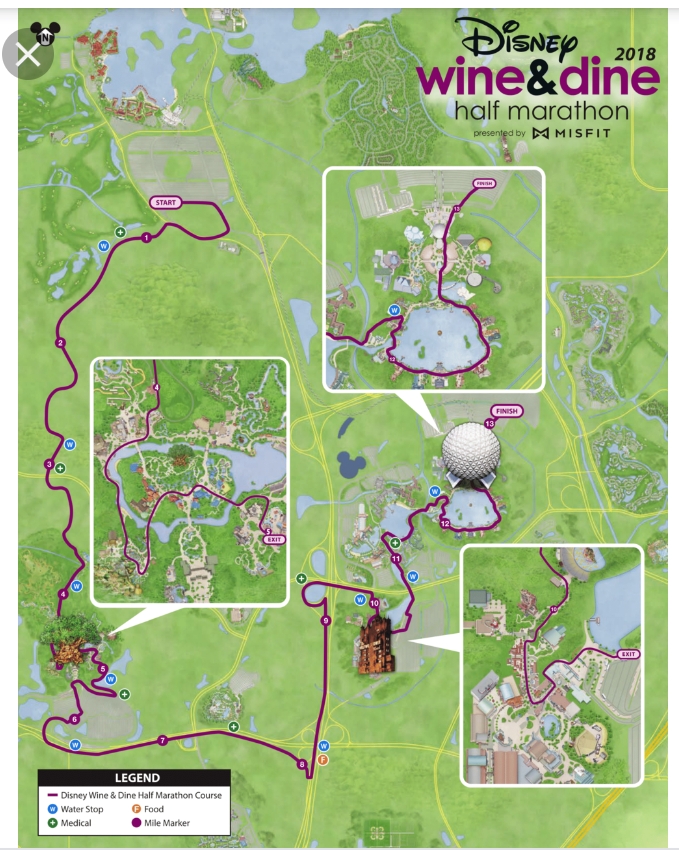 With just over a mile to go, I debated on a DNF, or if I could push through to at least walk to the finish line. That’s why I kept moving. I hate failing, and I felt like I had failed. I also tried calming myself with thoughts that this was my health, that I needed to relax and not be concerned. When the 3:30 pace group came up behind me, they were great. They asked me if I was okay, I told them how I almost felt as though I was going to pass out. They assured me that it was okay, that’s why we have two pacers with every group. Things happen sometimes, and not to worry. That did help me some, but I told them to please pass on to my co-pacer when they finished that I had to pull back. As they took off on their next run, I thanked them for checking on me.

Crossing that finish line, I have to admit, I wasn’t happy. I still felt out of it, and did get medical to take me to have my vitals checked. Seeing my co-pacer as I was being wheeled to the medical tent, I apologized for having to leave her at the end. She was so sweet about it, and told me it was okay and to just take care of myself.

My blood pressure was 150/65 when they checked it. The medical folks were so great and even got me a diet soda to help my blood sugar and hopefully calm my dizziness. I sat with them for a few minutes, before they thought I looked better and I actually did feel a bit better. No more stars which was an improvement for sure! 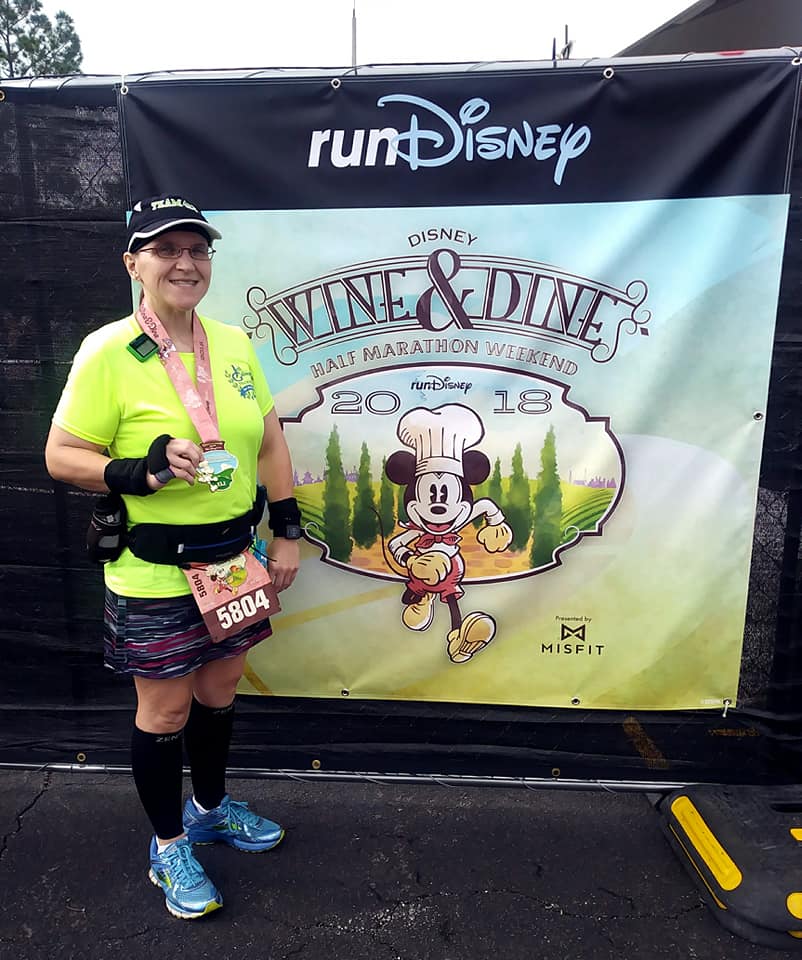 So, I don’t know what happened in that last mile and a half or so of the race. My guess is that I had some heat exhaustion and maybe low blood sugar. I’ve tried to look back at the days before the race, but other than having some tummy issues, I was doing great with my nutrition, and I hydrated well going into the race. So, I don’t know what happened at the end of the race. I’ve never experienced something like that before.

I’m working on letting my disappointment in myself for not finishing the race with my 3:15 group go, but it’s still lingering a bit in my mind. If it was just my race, I’d be okay with it, but I felt like missing my goal time was a failure since I was pacing. I suppose we all have our bad races, but when you are a pacer, it stings more. You have other runners relying on you to get them to the finish line in a set time. Thankfully, there are always two pacers with each group, so no one missed out because of me. 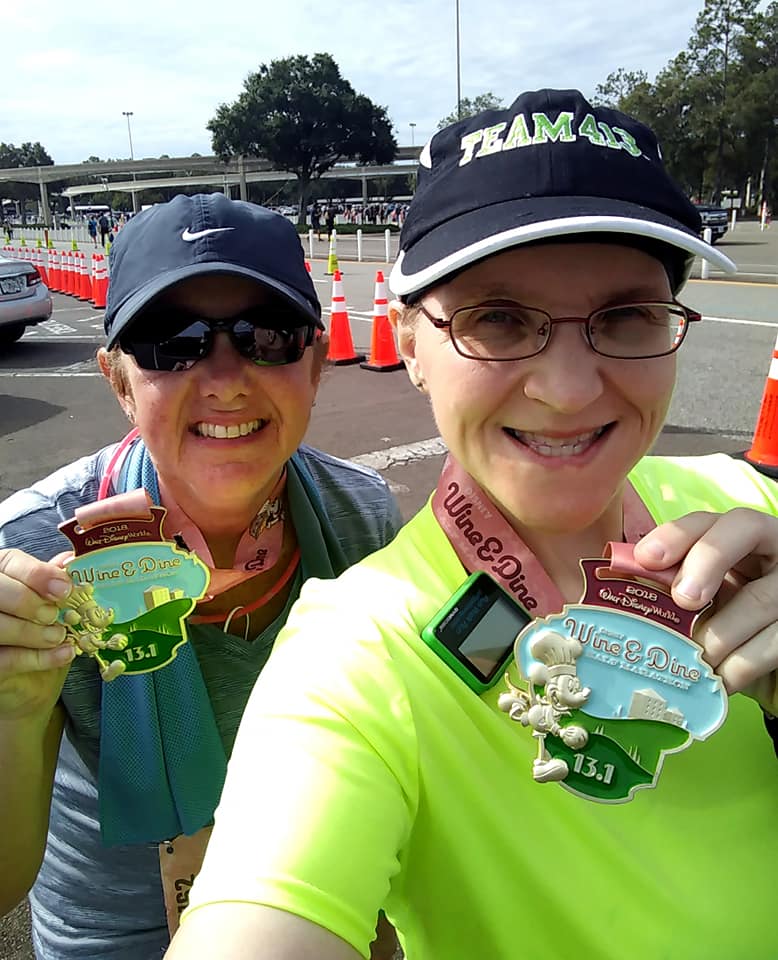 With my friend, Colleen post-race. It made me smile seeing her after it all. 🙂

Hopefully, my next race goes a lot better than this one did! Here’s to better race days!