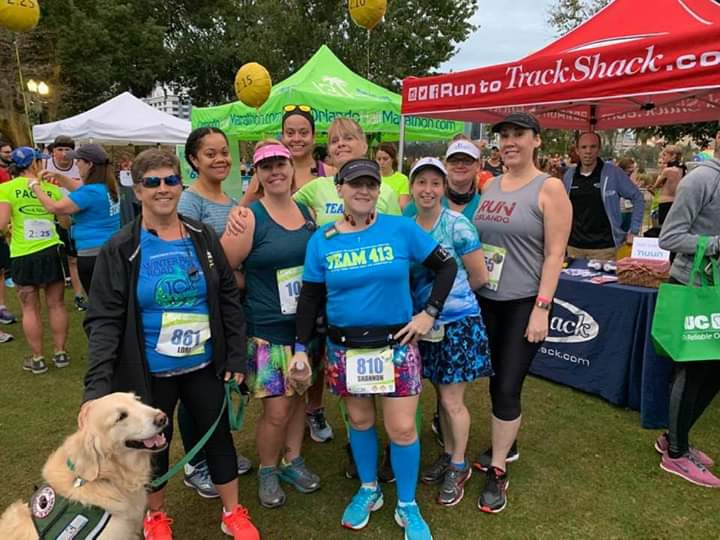 This year was also a big year for the race, as they changed the route. Previously, the route had taken runners through a lot of brick roads. The race was updated with a route that only had about 1.6 miles of brick within the first 5 miles. Previously, there was close to 2.5 miles of brick throughout the route, so it was definitely better! I also liked how it changed things up a bit from previous years.

I started the race with Jenny, one of my friends in my pace group, and a few others in Orlando Galloway from a pace group right below us. It was nice to chat with them for the first 4ish miles, and we kept a nice pace. But, Jenny and I wanted to shoot for a 3 hour finish, so we started to increase our pace between miles 4 and 5. I was feeling good, so was happy to push a bit. 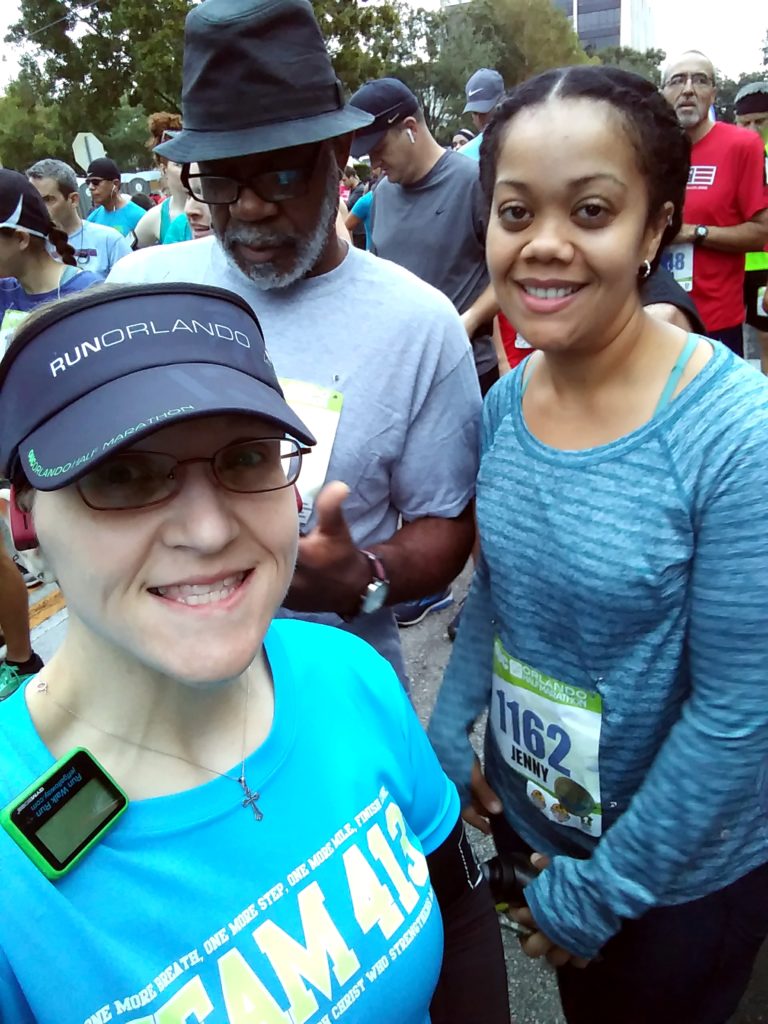 I’m glad that Jenny ended up taking off from me in the last half mile or so, because while I hit mile 12 in 13:41, my body was not having it. I did notice my heart rate increase in that last mile, not sure why. But, while I wanted to push myself, I played it smart and slowed it down. This is why I didn’t hit that 3 hour finish that I hoped for. But, hey, 3:01:46 isn’t too bad. I was good with that all things considered. 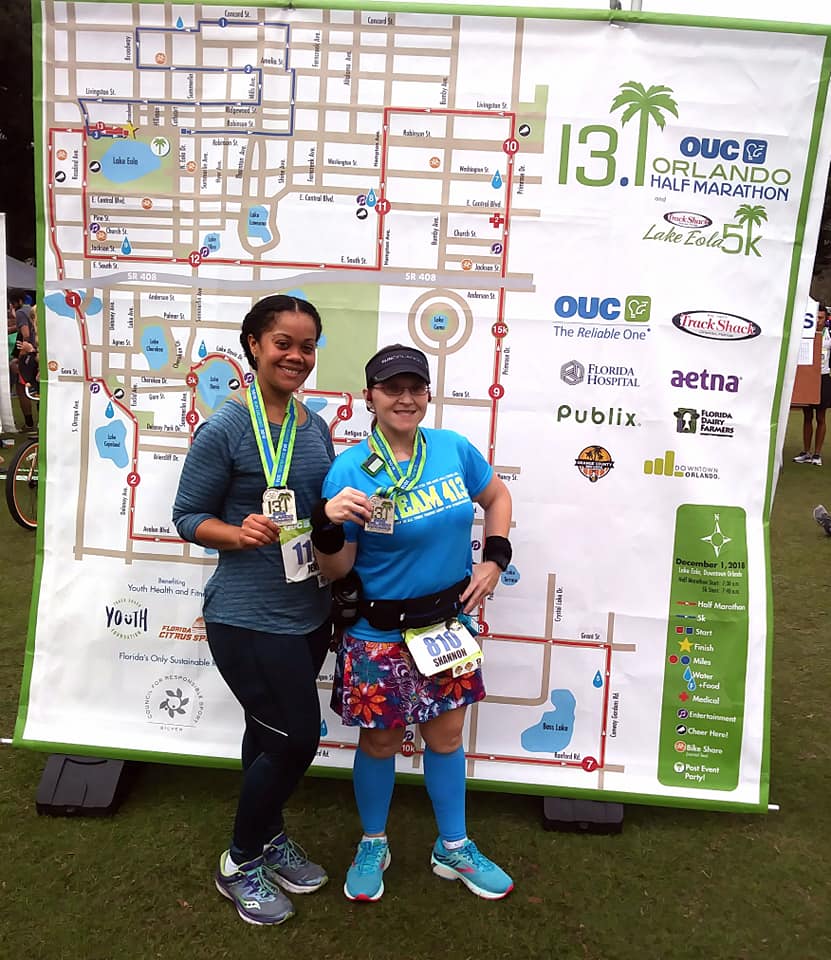 What made this race great for me was that I got to run it with one of my best running friends. For me, that’s a big part about running, the social aspect of it. I am a social runner, and I love running with my friends and running group each week. There’s nothing like running with friends.

My friend, Jenny getting a PR of 3:00:34 was so cool to find out. She hadn’t hit that 3 hour mark yet, and she got her best half marathon finish time that morning. She was a bit disappointed that she wasn’t at 3 hours, or just under it, but hey, 30 something seconds is still 3 hours! I am so proud of her.

The 2018 OUC Orlando Half Marathon was a blast, and I loved the new course. I definitely will be back to run the half again next year. It’s always a fun race, and now with less bricks, it’s even better! 🙂 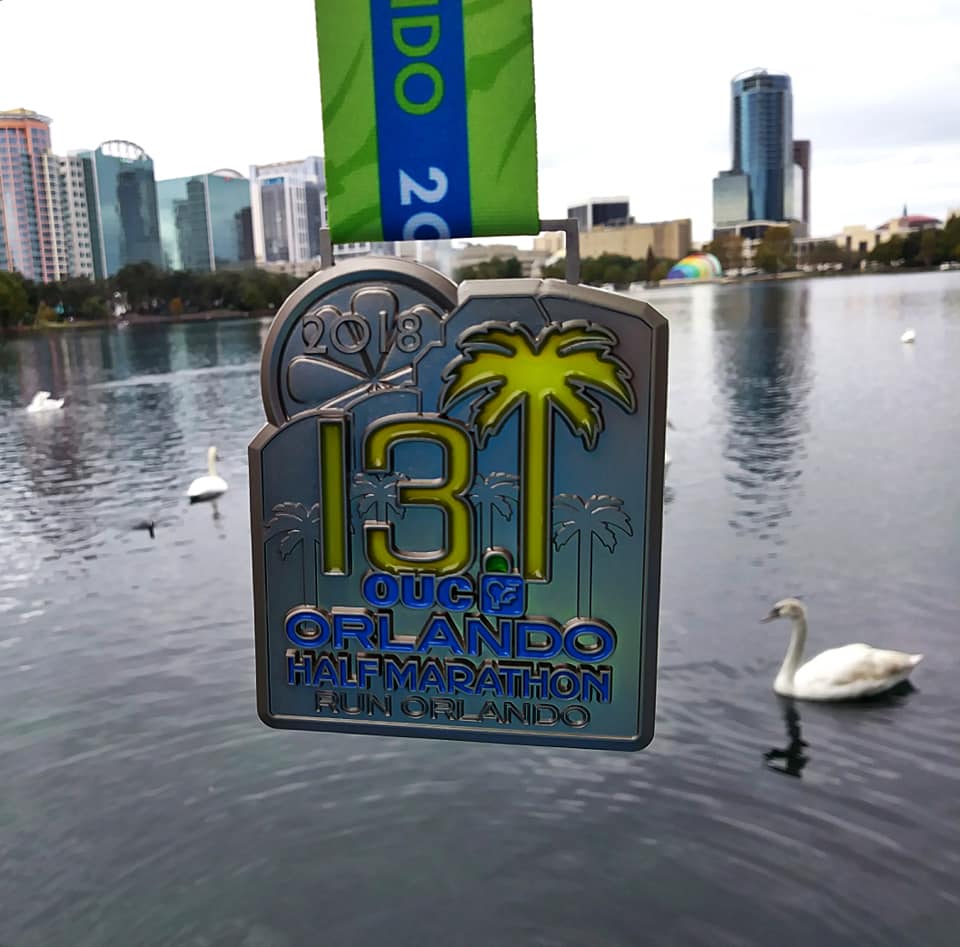