Disclaimer: I received entry into the Mount Dora Half Marathon as part of being a BibRave Pro. (Ambassador) Check out BibRave.com to find and write race reviews.

Since the race was on Sunday, I was able to drive over on Saturday to pick up my packet, then take it easy for the rest of the day before the race. Mount Dora is about 36 minutes away from me via toll roads, and I got there pretty easily. Took a couple of minutes to find parking, but once I did, it was a fast and easy packet pickup! 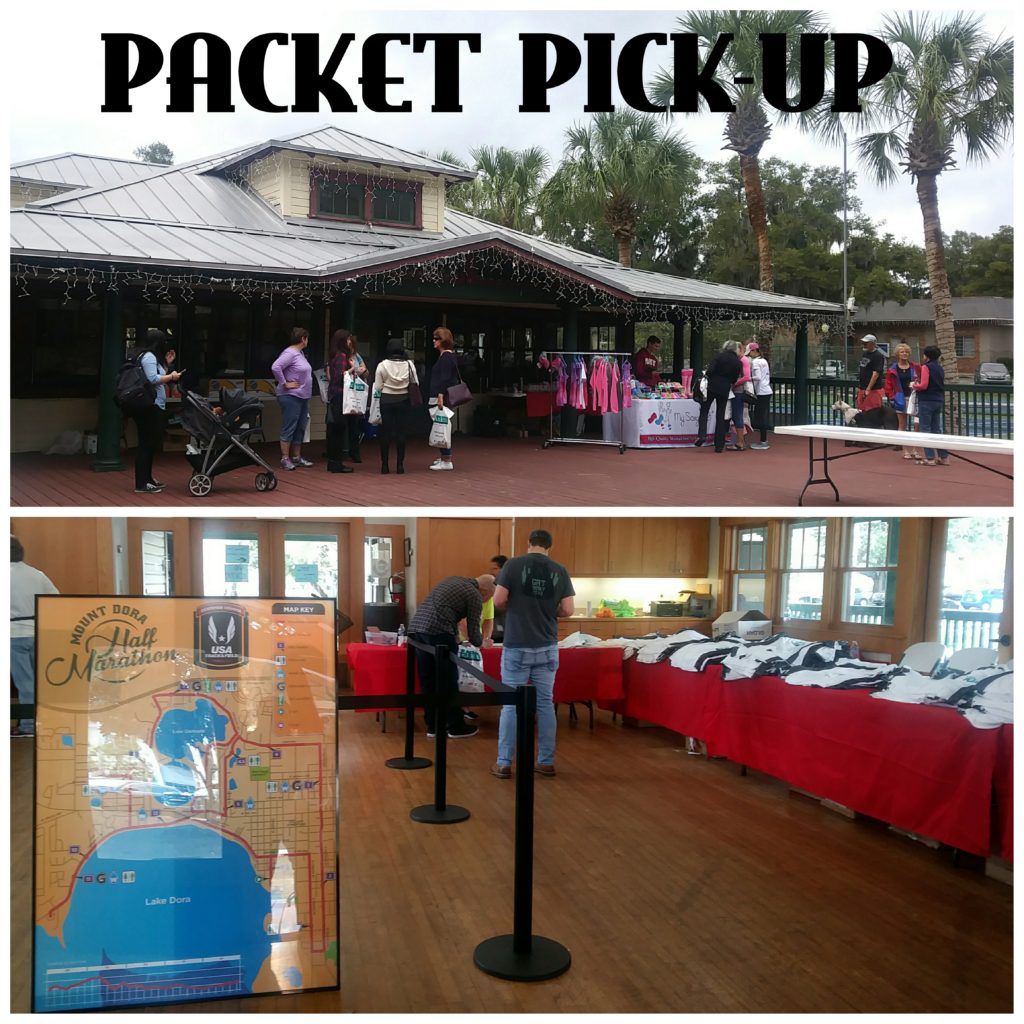 On race morning, I got to Mount Dora around 6am, and was able to park in a garage that was overlooking the finish area. Definitely a good thing! Once I parked, and gathered up my gear, I walked over and hit up the port-o-lets. As I did, I ran into fellow BibRavePro, Kim, aka BarkingMadRun.

We chatted as we waited for the race to start, then headed over to the starting area. As it turned out, her goal for the race wasn’t far off from mine, so we decided to start the race running together. I had my Aftershokz headphones with me, so I was prepared to run solo, so it was nice to at least get going with a friend! 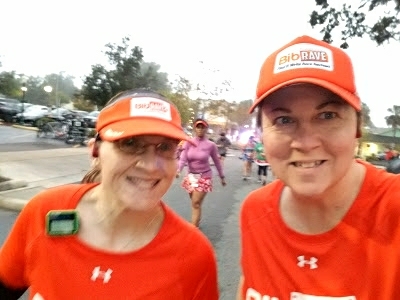 As the race began, we had a pretty decent pace out of the gate. According to my Garmin, we hit mile one at 13:48/mile, then continued to stay under a 14 minute pace through mile 4. My basic goal for the race was to keep an easy pace, and try to finish in 3:15. This is my usual pacer goal, so I figured it would be a nice, manageable race for me.

Those hills in Mount Dora are no joke though, and you can see some of that in later miles. I will say, it was easier than the Atlanta 10-Miler back in October! I was thankful my legs seemed to be doing well through the ups and downs, and while I still need more hill work in my training, I felt pretty good. 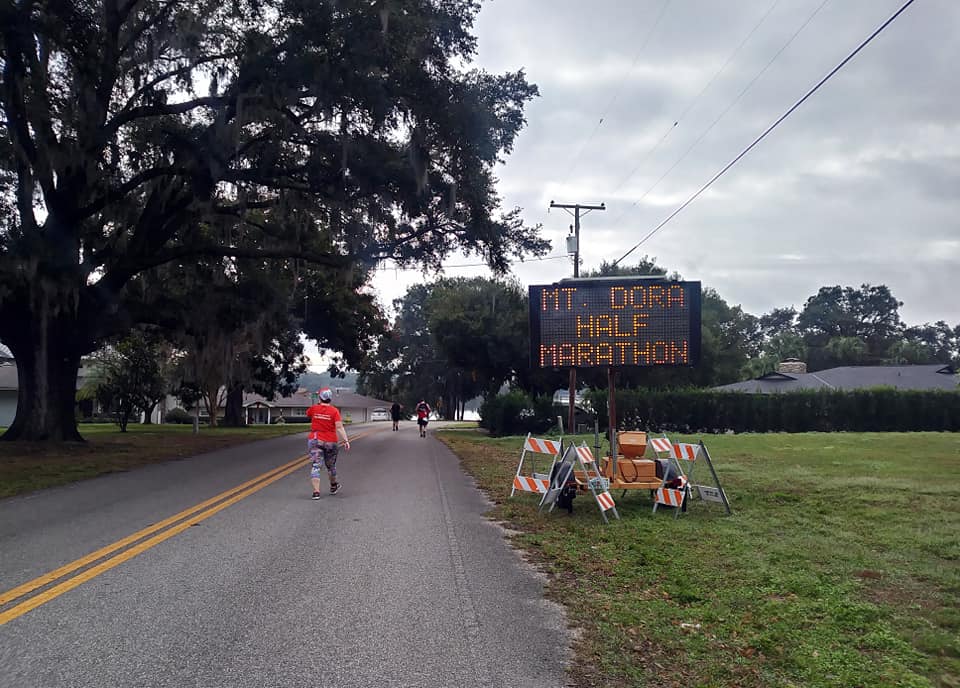 Mount Dora is a very pretty little town, the big old trees with Spanish moss are a trademark of the area. I especially love the back side of the route, against the waterfront. It’s hilly, but very scenic.

Kim and I stuck together until about mile 10ish, when she decided to slow down a bit. I was feeling good, so I took off. It was about that time that I put on my music. I did really enjoy running with Kim, it was nice to get to know my fellow BibRavePro and Skirt Sports Ambassador sister a little more through the miles. I’m also a social runner, and boy does running with friend make those miles fly by! 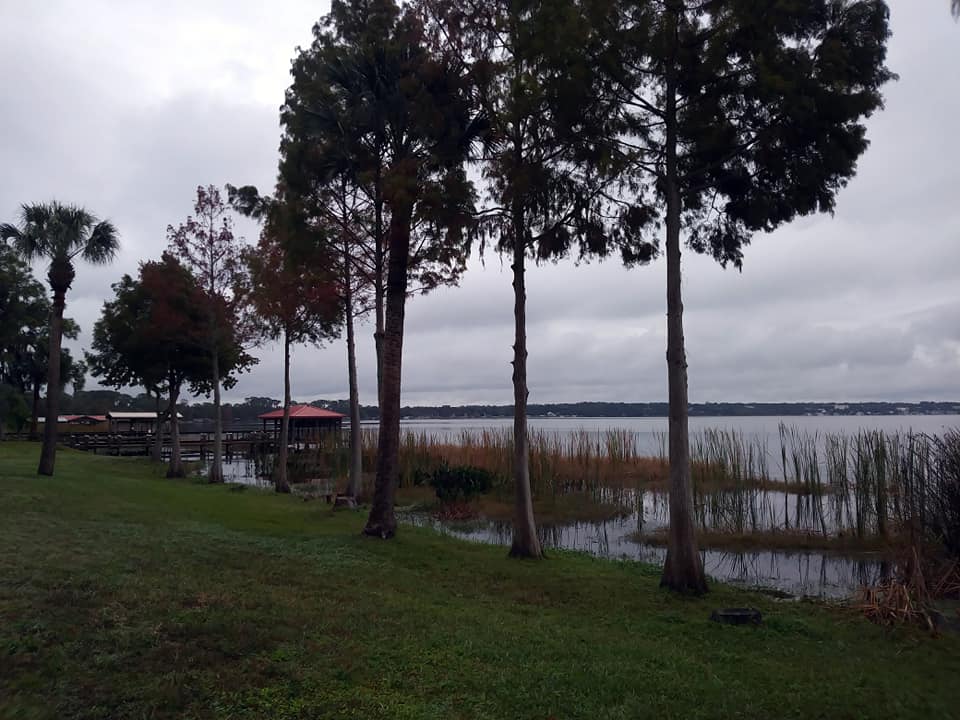 When I turned the corner and saw the finish line (and the huge blow up Santa), I was happy to see that I was ahead of my 3:15 finish goal. I ended up crossing the finish in 3:09:41. 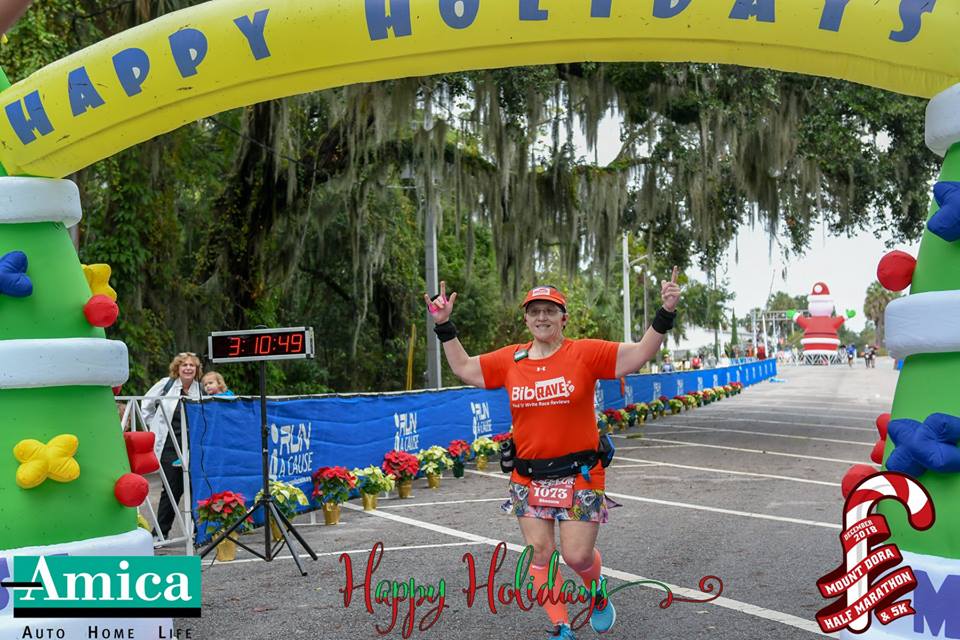 After the race, I was able to take advantage of a cool perk! Physio Med Inc Rehab had some staff on hand to provide free chiropractic adjustments. I had never had a chiro adjustment before, but since my right leg has been tight since running in Atlanta a couple of months prior, I decided to give it a try. It definitely wasn’t without some discomfort, but the girl who worked on me, Melodie helped loosen my legs and shoulders. I will have to look into doing it again for future races. I noticed my legs, especially that right one she focused on were better the next morning. 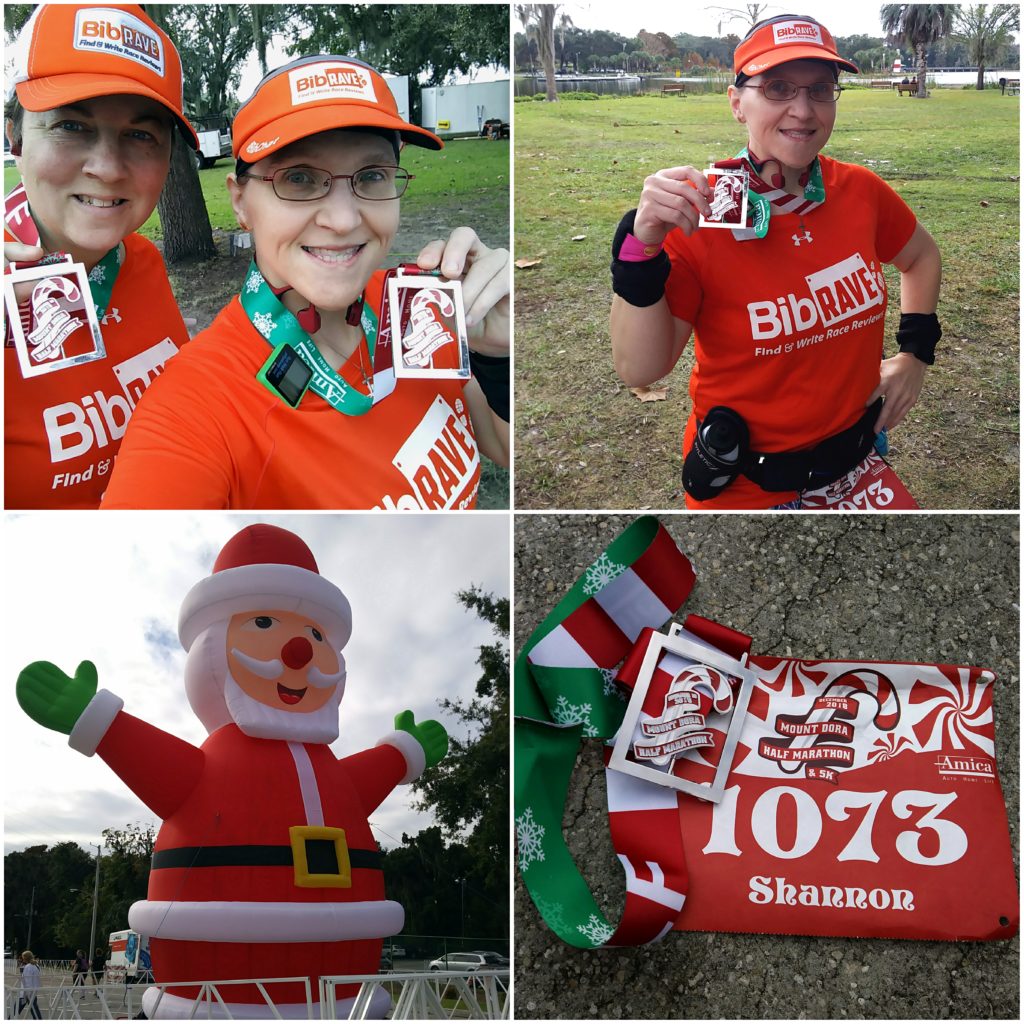 I loved seeing a number of friends at this race, as local races are some of my favorite because of that. Nothing like seeing a familiar face on the race course, or before/after the event!

The race also offers free photos, so I loved seeing the few the photographers got of me on the course, and finishing the race. They actually didn’t have me looking so bad. LOL! 🙂

Overall, it was a fun race. I do think they need to work on a few things like making sure the course truly is closed off to traffic (had a few close calls with cars on the back side), update the website to be a bit more clear on information information (changes being made to 5k race day and such not so clear to participants), and would have been nice to have a Christmas themed shirt per previous years. That said, the volunteers were awesome, and the course itself beautiful. I look forward to returning to run this one again. 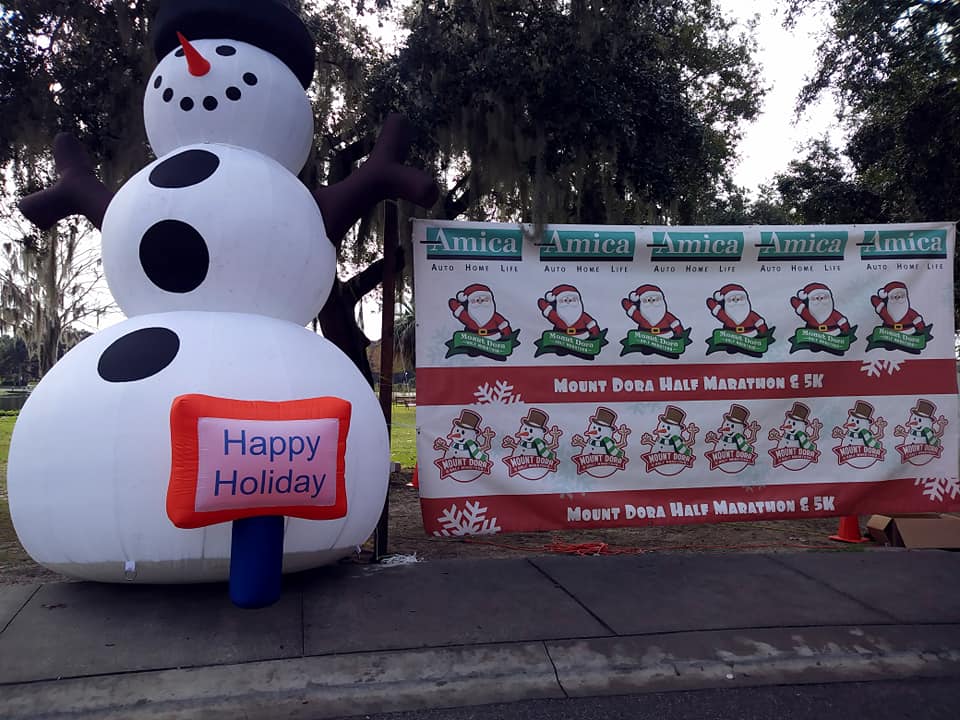