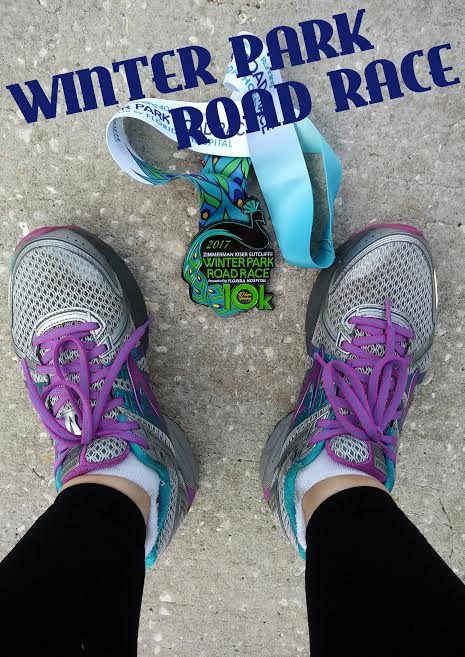 On March 25th, I ran the Winter Park Road Race 10k. It was my 5th time running the race and it’s one I look forward to every year. It’s a popular 10k race in the area, so it’s also one many local runners love to run each year.

I met my weekly runner friend, Annikki at her house on race morning, and we headed to Winter Park. We made good time with traffic, and parked and walked over to Park Avenue with about an hour until the start. As we were making our way to the port-o-lets, I spotted a number of other running friends either getting in line, or just hanging around. 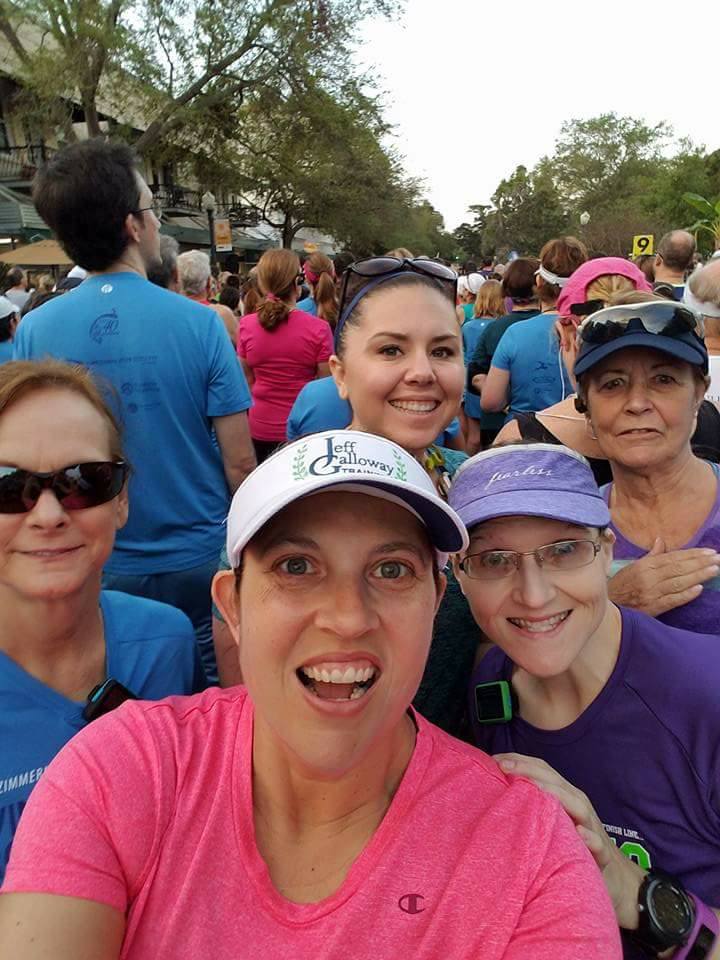 After the obligatory port-o-let stop, we converged with some of my Orlando Galloway friends. We chatted about this and that for a bit before we began to head over to the starting area.

Before long, the starting gun went off and the 10k had begun. There were four or five of us that started the race together. I had set my GymBoss to 30:30 intervals, as that’s my favorite these days. My first goal at this year’s race was to try to get a new 10k PR. I was feeling pretty good, so I though that just might be a possibility. The only issue was that the first half mile or so was pretty crowded, making it difficult to get a good pace going. I knew the first mile out would likely not be so great. 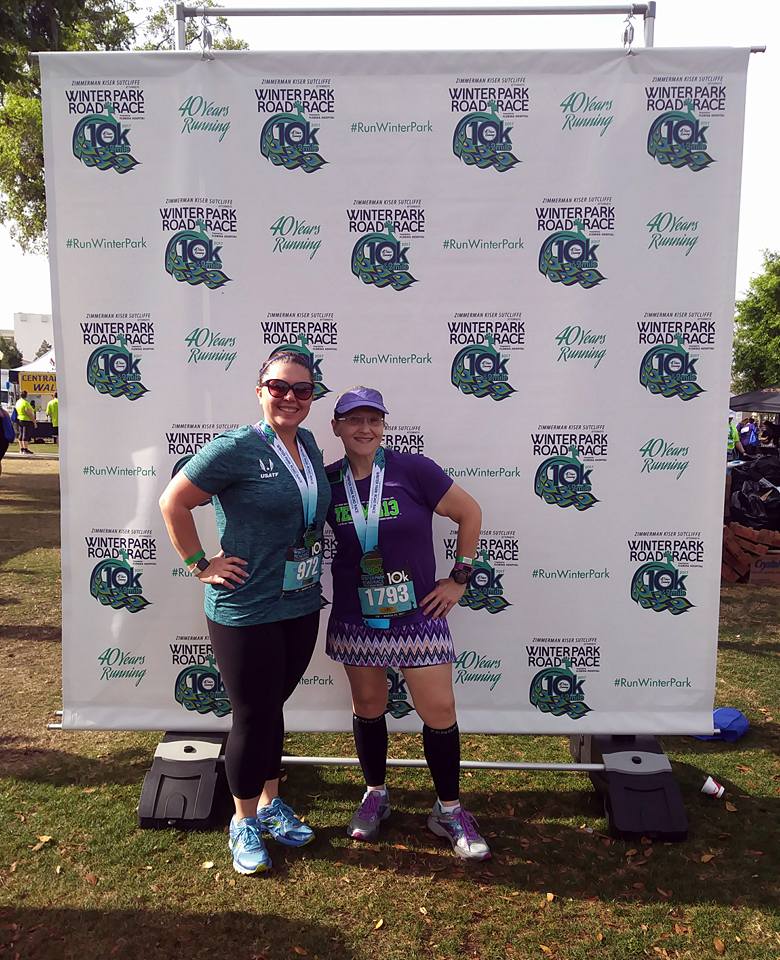 Annikki and I post-race.

By mile two, I was with Melissa and Colleen (who I found just after we began the race), and two other friends, Barbara and Annikki were just in front of us. They decided to do 60:30 intervals, which was funny when we ended up playing “leap frog” for awhile with one another. Goes to show how great the 30:30 interval can be compared with a 60:30!

I hit the halfway point feeling pretty good about how I was doing. I was settling into a pace that felt like a push, but I was okay with it. It was about a 12:45 average pace per mile and pretty good for me these days. I just hoped that I could maintain that the next half. 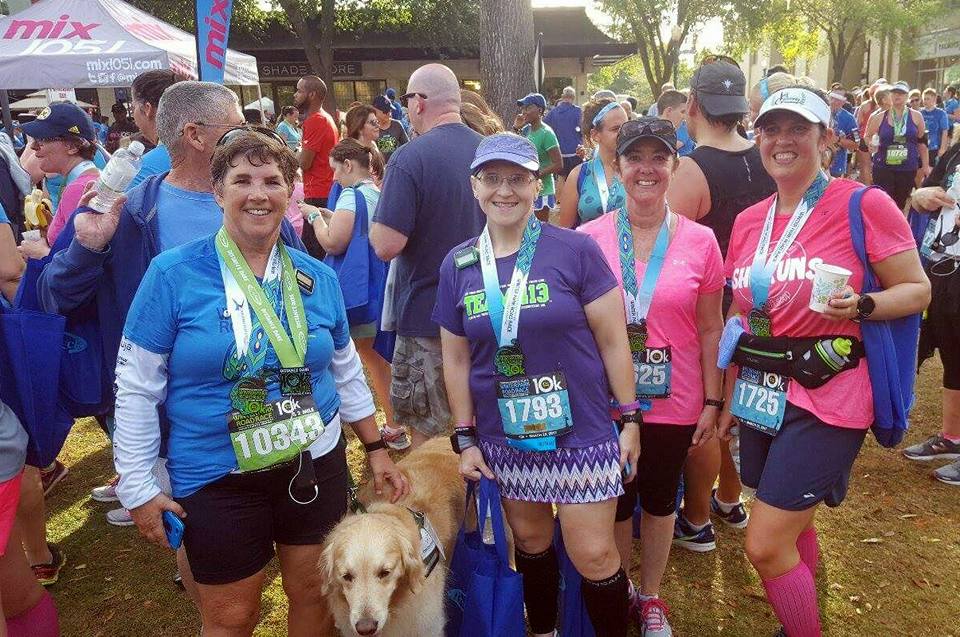 Some of Orlando Galloway post-race.

A mile or so later though, I started to experience some soreness/uncomfortable feeling in my right upper arm and shoulder. I guess I was holding my hand-held water bottle in such a way that it was bothersome to my body. Or, maybe it was just that I wasn’t used to running more than three miles with a hand-held, but either way, it was bugging me.

Pushing through the soreness, I tried to loosen up my arm and it only sort of helped. By the last mile and a half, I was feeling the push I had been giving my legs. It was also getting a bit warmer out, and that didn’t help. I told Colleen who was with me to keep going and I was going to be right behind her. I knew she seemed to have more left in the tank that I did and I didn’t want to hold her back.

Turned out though, that I was still able to push myself to stay right behind her through the last mile. Melissa even caught up to me as we hit Park Avenue and the final stretch of the race. I crossed the finish in 1:19:20, which while not a new 10k PR, was a time I was proud of. I pushed myself and powered through, so that made me happy. Will be back in 2018 to run the 10k again! 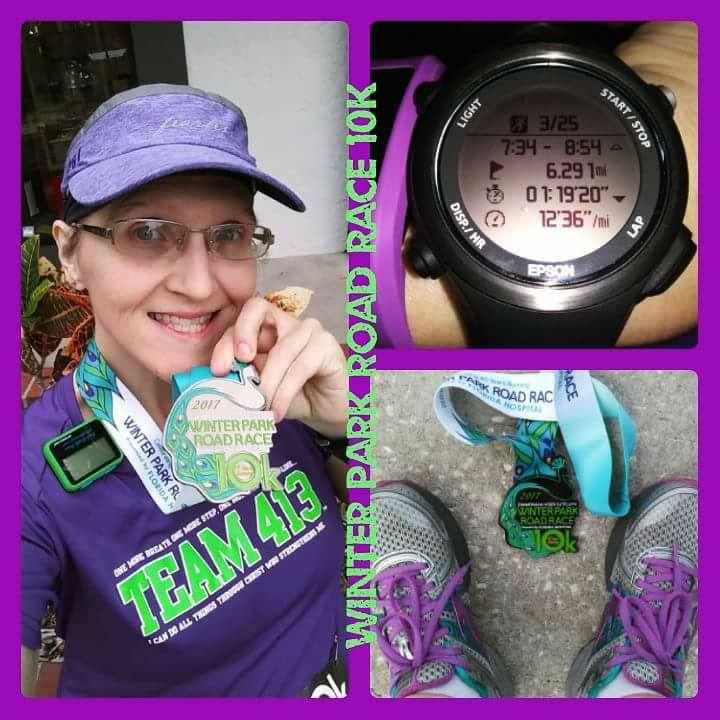