On February 26th, I ran the 9th Annual Princess Half Marathon at Walt Disney World. I ran the event as a Galloway Pacer for the 3:15 finish time. With over 18,000 runners participating in the race, it was a fun 13.1 journey through Epcot and the Magic Kingdom.

This was my first race as a Galloway Pacer and I was looking forward to the experience. I was supposed to have paced the WDW Half Marathon back in January, but the race unfortunately got canceled due to bad weather. I would be pacing this half with a fellow Galloway runner from Tampa. Melanie is the Program Director for Tampa and had run four other races as a pacer before the 2017 Princess Half Marathon. 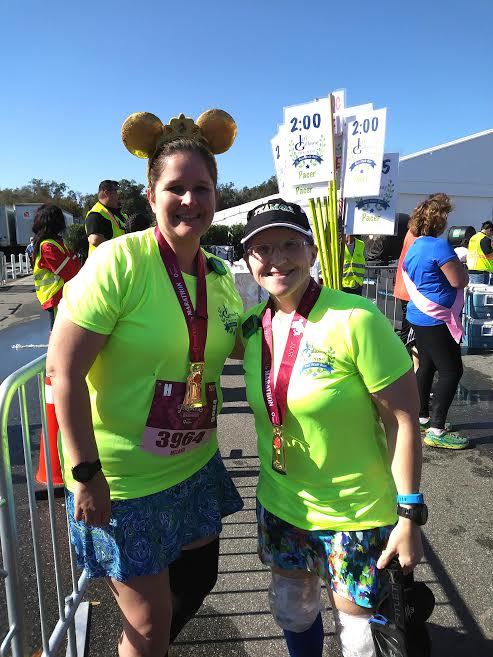 I met up with my fellow Galloway Pacers at 4:15am race morning to get our pace flags and all. This is when I met my co-pacer for the 3:15 finish, Melanie for the first time. I was excited to not only do the race (Princess has been on my race bucket list), but to pace it. We would be doing 15:30 intervals which equaled a per mile pace of about 14:53.

Once we all met our co-pacers and got our flags, we hit the port-o-lets before heading to our designated corrals to wait for the start. Since we were in corral N, it ended up being quite a wait. It was about an hour after the actual race start time when we reached the starting mat. But, this gave us time to talk to other runners in the corral who were going to run in our pace group. I always love talking running and all, so I enjoyed meeting folks and hearing about their goals. Some of the runners were even running their first half marathon which is always cool. 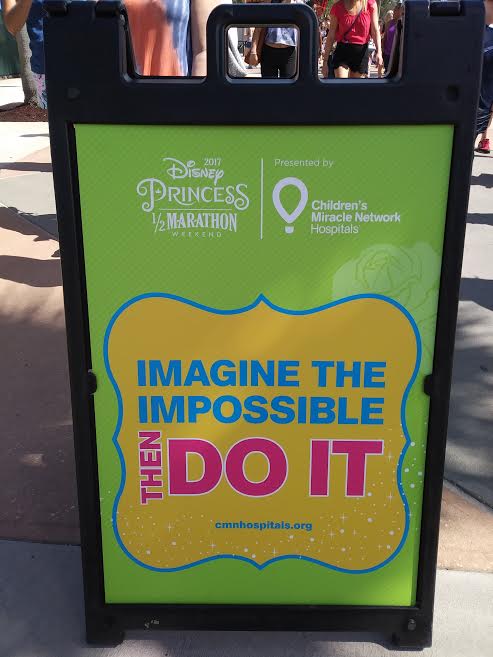 At about 6:30am, we made it to the glorious start and were off! Disney always makes every corral feel special with their starting send off. Every corral, every group of runners gets a firework show as they are sent off to run their 13.1 miles. I do love seeing all the fireworks when I do runDisney races. We were on our way with our GymBosses beeping!

As a Pacer, we signal and yell out at each run or walk interval. We were running for 15 seconds and walking for 30 seconds. So, Melanie and I were yelling out RUN or WALK throughout the race. We also put a hand up to signal walking intervals to the group behind us. Also, we work to stay to the right as much as possible during our walking portions. With how crowded Princess was, it was a bit more of a challenge to do this, but we made it happen when we could.

Running along, I loved seeing all the costumed runners, many dressed as Princesses with the theme of the race. There are guys that run the Princess Half Marathon, and some even wear tutus! I noticed a few guys with their girlfriend/wife running beside her in support which is neat to see. Whenever you can make running or fitness a family affair, it’s awesome. 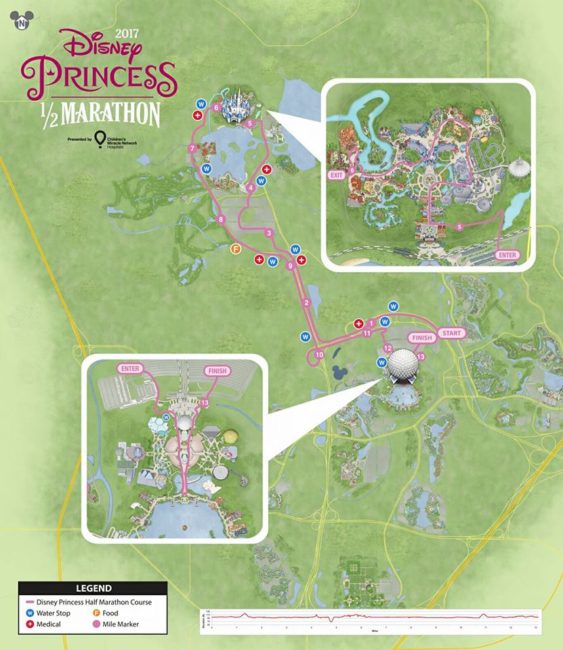 The Princess Half begins near Epcot then heads toward the Magic Kingdom. Time is spent on nearby roads and near Disney resorts. Once inside of the Magic Kingdom, you get to run down Main Street USA where there is a lot of spectators cheering everyone alone which is quite motivating. A highlight of the race is running through Cinderella’s Castle, which I enjoyed doing. I mean, what is a Princess without a castle? 🙂

Despite the amount of runners on the course, I had a great time running. By the time we neared Epcot and were inching closer to that finish line, our awesome pace group members seemed to pick up energy. Chants of “3:15! 3:15!” erupted on our running intervals. Talk about inspiring stuff! It made me smile to think how I was a part of leading these runners into the finish. We had some cool folks in our group!

And, then there it was, that beautiful finish line! We told our runners to go for it as we sprinted in. I heart announcer Carissa announcing our pace group and how big we were as I crossed the finish mat at 3:15:02. A smile crossed my face, we did it. I had just paced my first race and it was awesome! 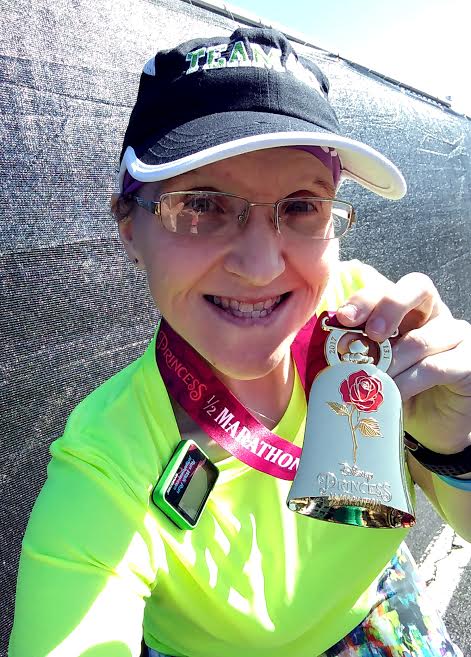 I had a great time at the 2017 Princess Half Marathon and I can’t wait to run my next runDisney race. I will be running (and maybe pacing) the 2017 Star Wars Dark Side Half Marathon in April. Should be another great time, looking forward to seeing what costumes people come up with for Star Wars!