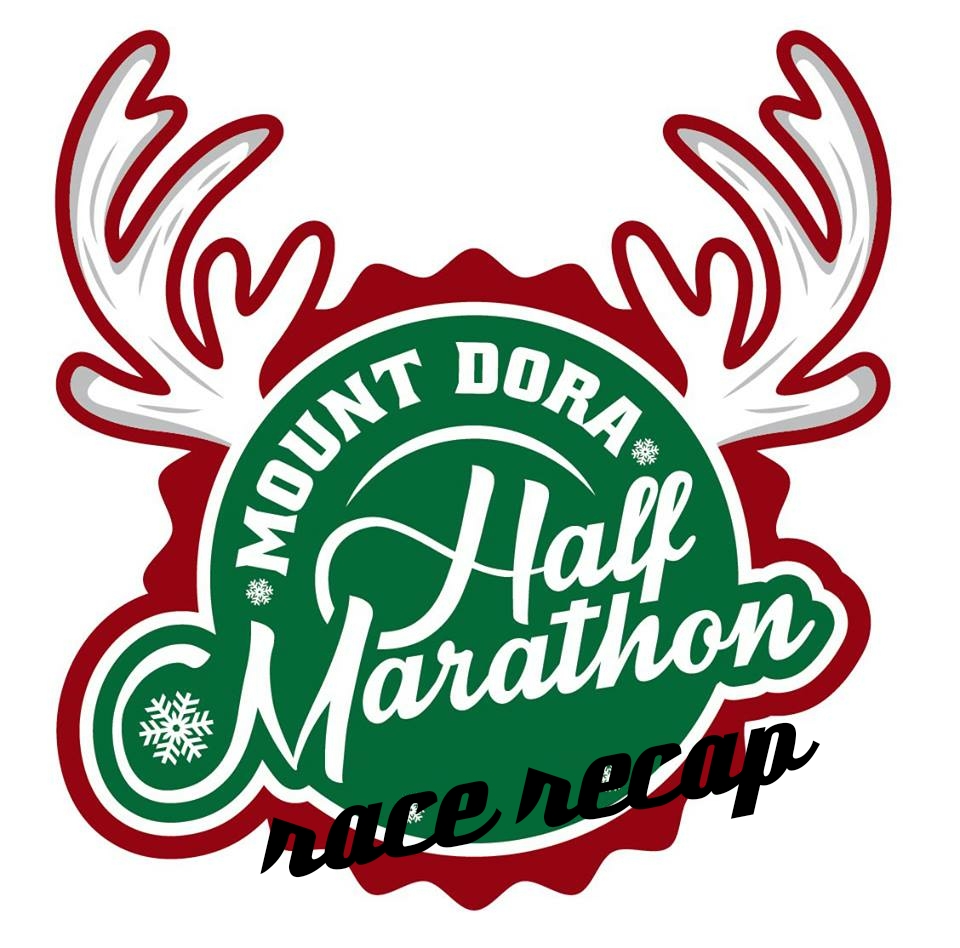 On December 17th, I ran the 2017 Mt. Dora Half Marathon. This was my 30th half marathon, and first time running the half in Mt. Dora.

I was able to carpool in with a fellow Orlando Galloway runner friend, Dave which was great. We opted to do race-day bib and packet pick-up, so we got to the race site around 6am (the race began at 7am). It’s not a long drive from Seminole County, I believe it took us about 40 minutes to get there.

We easily picked up our race packets and then went back to the car to sit for a bit as we had time to spare. At about 6:40, we got out of the car and walked the block over to the starting area. I did have to use the port-o-let, but was lucky that I got in and out of it in time to find my friend a couple of minutes before the race started.

I ran the race with my runner friend, Natalie. Things started out well, we both felt pretty good out of the gate. That first 5k was good, I know I was happy to hit the first “milestone.” The hills weren’t too bad… yet. 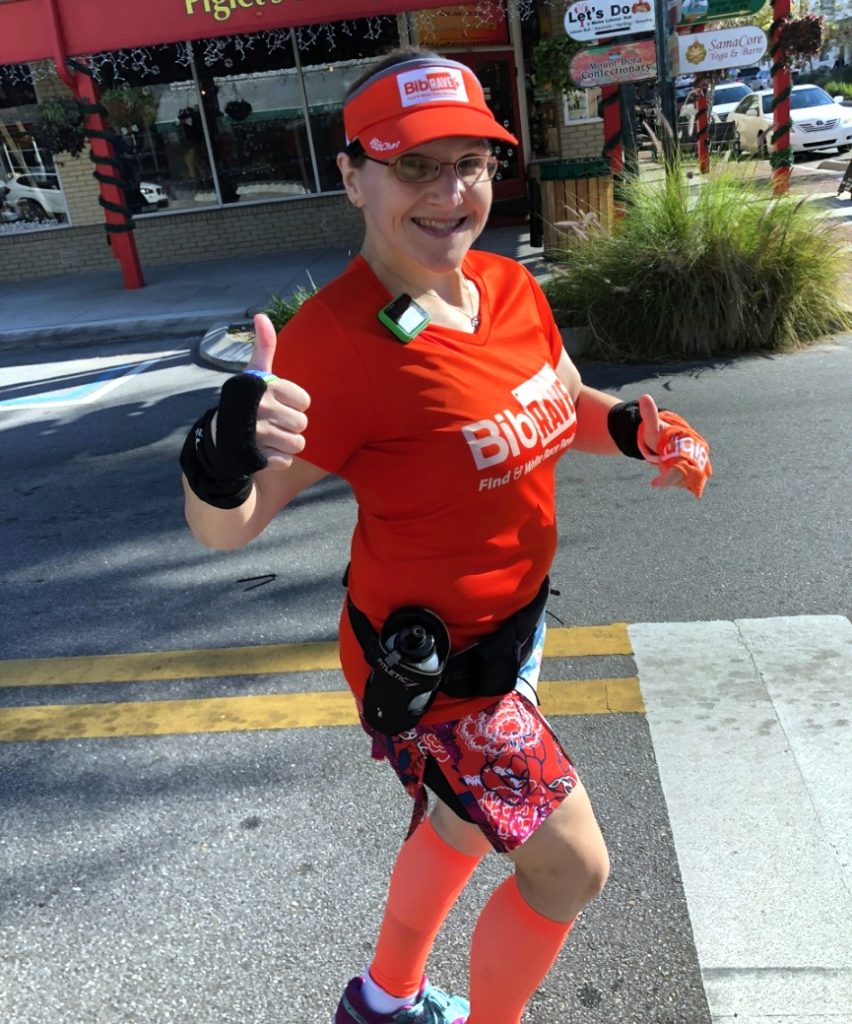 The next three miles however, I believe those were the toughest on the course. Our strategy was the run all of the downhills and then walk fast uphill. The downhills were also where we were able to run more then the 30 second run interval we had set (we were using 30:30 intervals). I know we ran at least a minute and a half a couple of times. And, I actually felt good doing it. Goes to show, downhills are good. LOL!

On the race course

The support on the course was excellent. Not only did they have a lot of water/Gatorade stops, but the cheering and encouragement from other volunteers and locals was awesome. I love seeing that on a race course, it definitely boosts my motivation and keeps me smiling.

I also need to mention the weather, we got lucky race morning. It started in the early 60s and was maybe 70ish when I crossed the finish line. It was comfortable for sure. 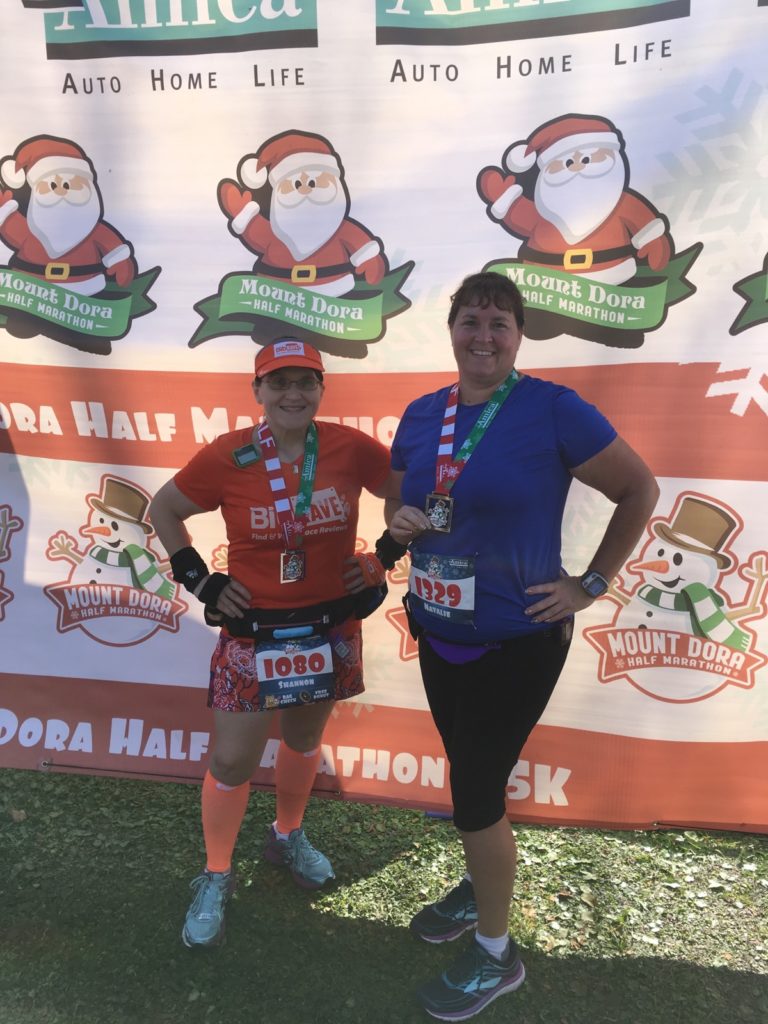 The last 2-3 miles were walked. My friend, Natalie was having sciatica issues, and I stuck with her. I didn’t have a time goal in mind, plus my Plantar Fasciitis was acting up a bit. I am definitely a social runner, and would much rather be out there with friends than running solo. The race experience has more meaning to me that way.

I did run in the last quarter of a mile or thereabouts. It allowed me to finish strong, which I do admit I like doing. Even if I am walking through parts of a race, there’s just something about running through that finish line! I love a strong finish.

Mt. Dora Half Marathon is a challenging race for those of us used to running in mostly flat Florida. But, I hope to run this race again in 2018. I would train more for those hills though! I mean, it would be nice to have them feel a bit easier next time. 🙂 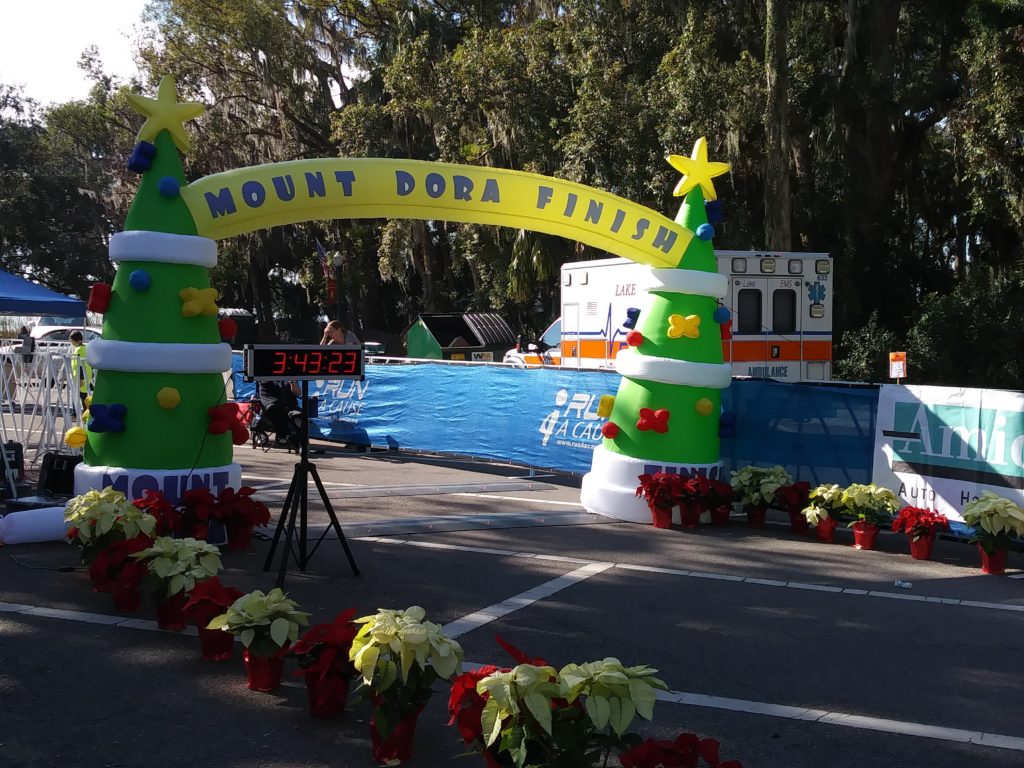