Disclaimer: I received a free entry to Hot Chocolate 15k in Tampa as part of being a BibRave Pro. Learn more about becoming a BibRave Pro (ambassador), and check out BibRave.com to review find and write race reviews!

On Sunday, December 18th, I ran the Hot Chocolate 15k in Tampa, FL. I was looking forward to the race, as I’ve been hearing about the Hot Chocolate race series and it sounded like a lot of fun. How can you go wrong when you combine the awesomeness of running and chocolate? 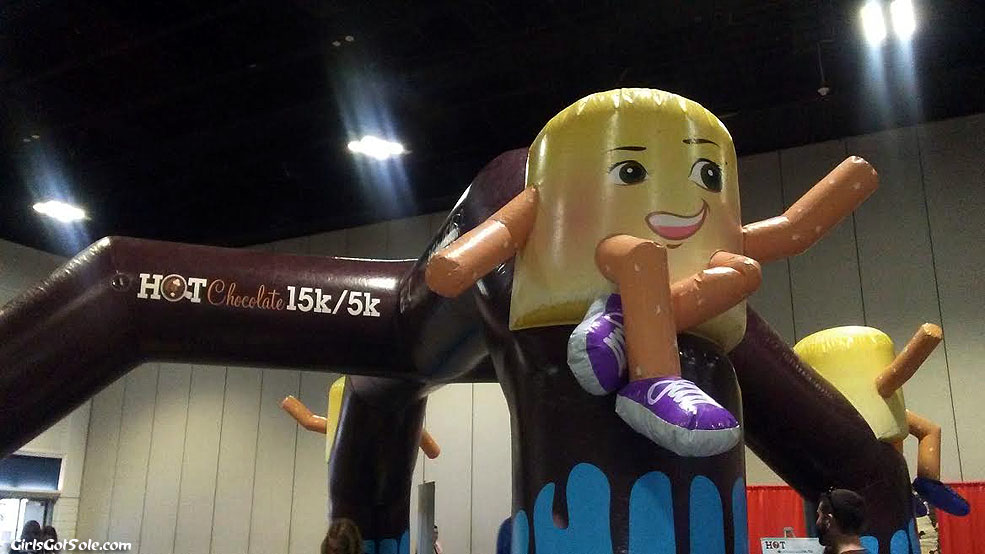 I drove over to Tampa from Orlando the day before the race and was able to stay with a friend. When I arrived in Tampa, the first thing I did was go to packet pickup at the Convention Center. The Hot Chocolate race expo was pretty small, but that made it easy to get my bib and goodie bag pretty quickly. I checked out the few vendors that were there and then headed out.

The race itself was scheduled to start at 8:20am for the 15k. So I arrived to park about an hour early which gave me plenty of time to use the port-o-let and get some pre-race water in my water bottle. I also spotted some fellow runner friends before I walked over to the starting corrals. 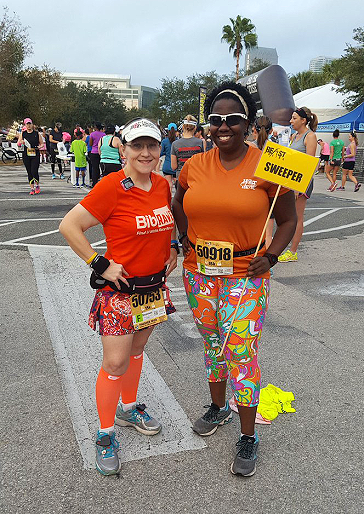 Fellow BibRavePro Samantha and I before the race start.

Since I was in the last corral, my start time was even later. I crossed the starting mat at 8:29am according to my watch. Unfortunately, it was already pretty warm and humid out by that time. I found myself wishing for cooler temps and even a light rain even though I knew the weather forecast didn’t call for rain.

The late start time made the weather conditions rough, even for this Florida runner. I’m so used to running early to avoid the sun as much as possible. An almost 8:30am race start is late for Florida since we tend to have questionable weather conditions. You just never know what sort of temps you’re going to get this time of year. 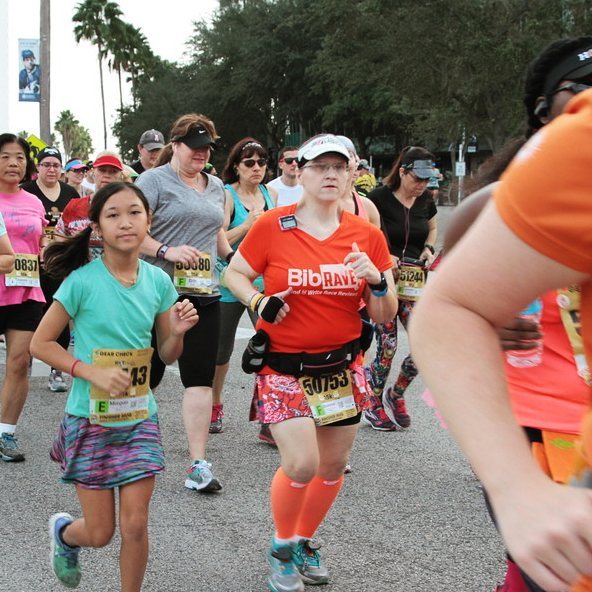 As I ran along the first half of the course (it was an out and back), I found myself mentally challenged by the heat. I have to admit, it took pushing myself to get through those miles. Since I was running solo, I also didn’t have the aid of a runner friend to keep my mind off of how hot I was feeling.

So, I did my best to push through the conditions and think of other things while I checked out the course route. On the out portion, we had neighborhoods to our right on Bayshore Boulevard. There was the bay channel to our left, which would be the side we would be looping back around to on the final half of the 9.33 miles. 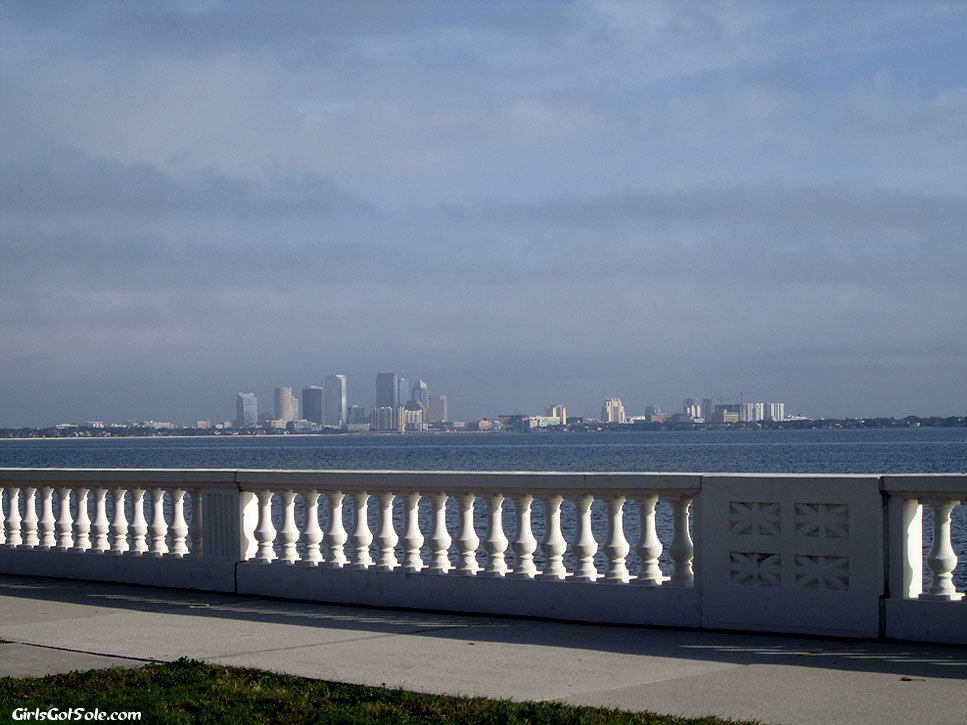 The course was nice, as I did enjoy looking out at the water view along the bay. The scenic view was most definitely there. The back side of the 15k was just not shaded enough with the high heat that we had that morning. I think it would have been better if we had reversed the course and ran the back portion first, as the out portion was more shaded with the neighborhoods on one side.

As far as support goes, there were lots of Police and EMTs on the course who were there for assistance and safety. I applaud the race director and organizers for that, as it was right on point. What unfortunately wasn’t on point was the amount of aid stations with water and nuun. There were three water stations on the 15k course which was not enough with the hot conditions that morning. That made things tougher as I didn’t feel hydrated enough. Thankfully, I was carrying a water bottle on my Fitletic belt, so I had that in between the actual stations. 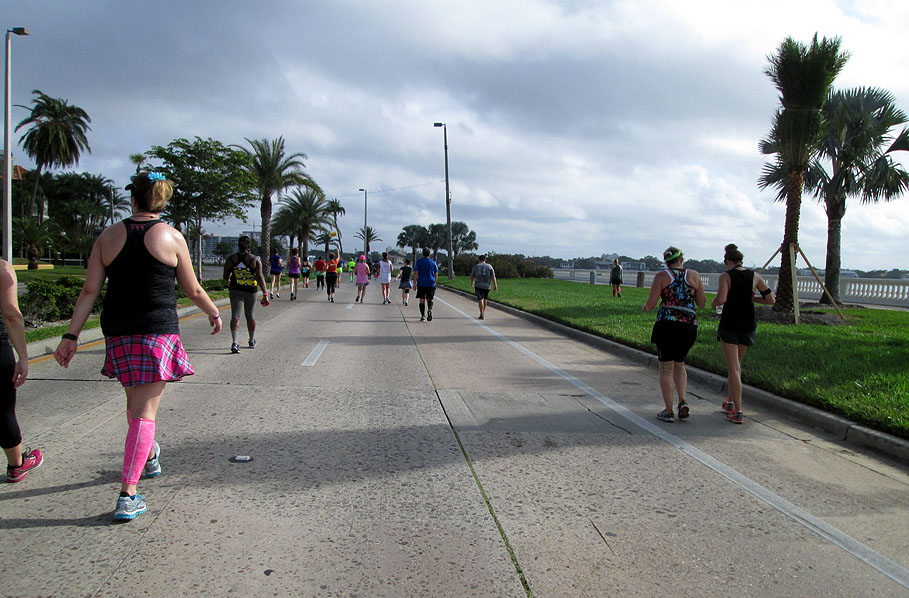 I was able to maintain my run/walk/run 30:30 intervals for just over 10k of the race before I opted to walk. I did end up doing almost a mile of 30 sec run to 60 sec walk though in an attempt to get that last 5k done. When the 15 minute per mile pacer came up on me and passed, I knew I needed to pick things up somehow. After strictly walking for a quarter of a mile or thereabouts, I pushed myself to 30:60 intervals. I was still walking more than running, but at least I was running something.

When the finish line was in sight, I was so happy. Crossing it, I was glad to be done and despite being hot, I was ready for chocolate! That said, the chocolate finisher mug had great chocolate to dunk pretzels, marshmallows and a banana in. The hot chocolate, I wished was iced or frozen, but otherwise, that chocolate was good! 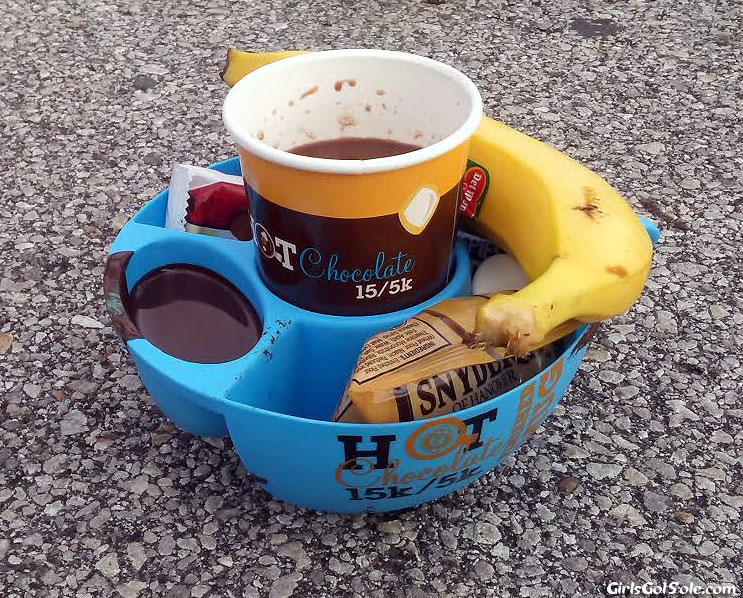 Bottom line, the Hot Chocolate race is a unique, fun race. I think once they work on the water station/hydration issues they had at the Tampa race, as well as get the race started earlier (thinking 7am or 7:30am), this race will become really awesome. If they can get frozen hot chocolate, well that would just rule! That all said, I would love to come back next year and run it again. 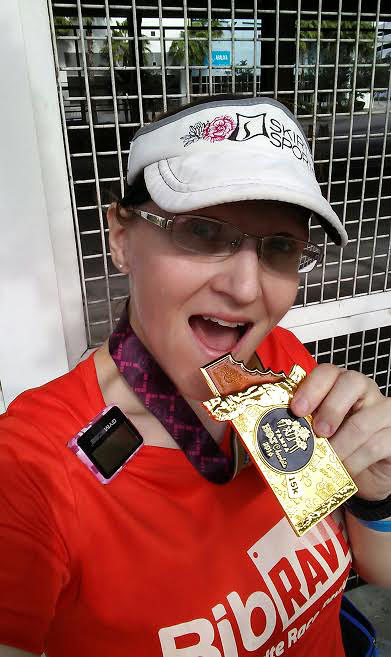