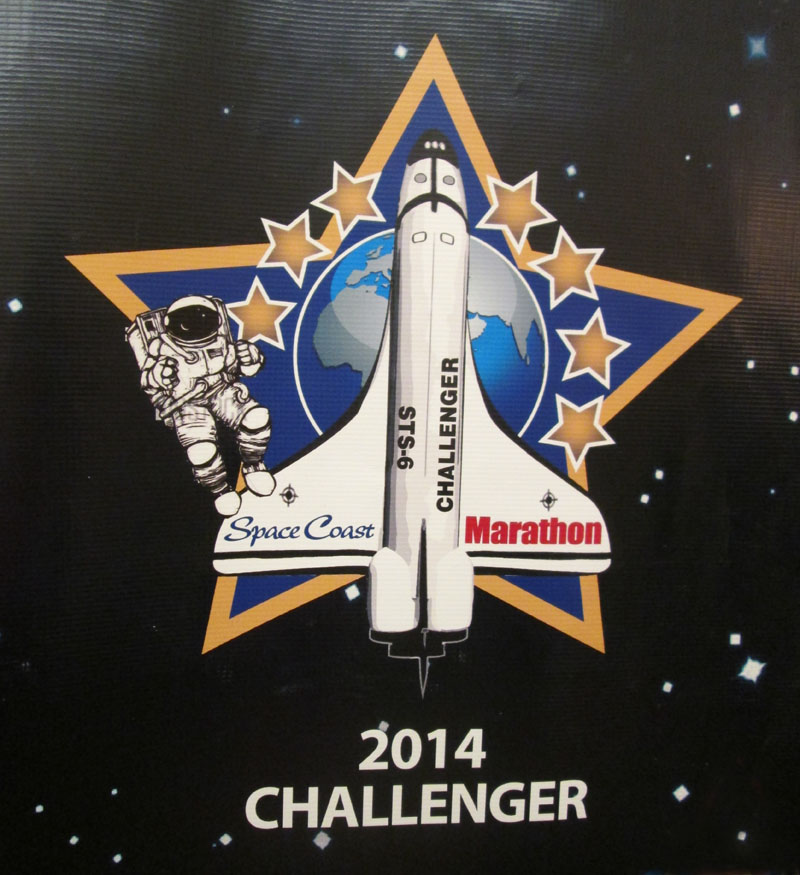 2014, the year of the Challenger at Space Coast.

The 2014 Space Coast Marathon and Half Marathon event was the second year in the Big Bang Series. This year’s theme was Challenger. After running my second marathon at Space Coast last year, this would be my third time running at this race (first half there in 2011). Not only was I excited about running the second in the series, but this race has become a big one for my Orlando Galloway and other Orlando running friends. So, lots of familiar faces would be there. 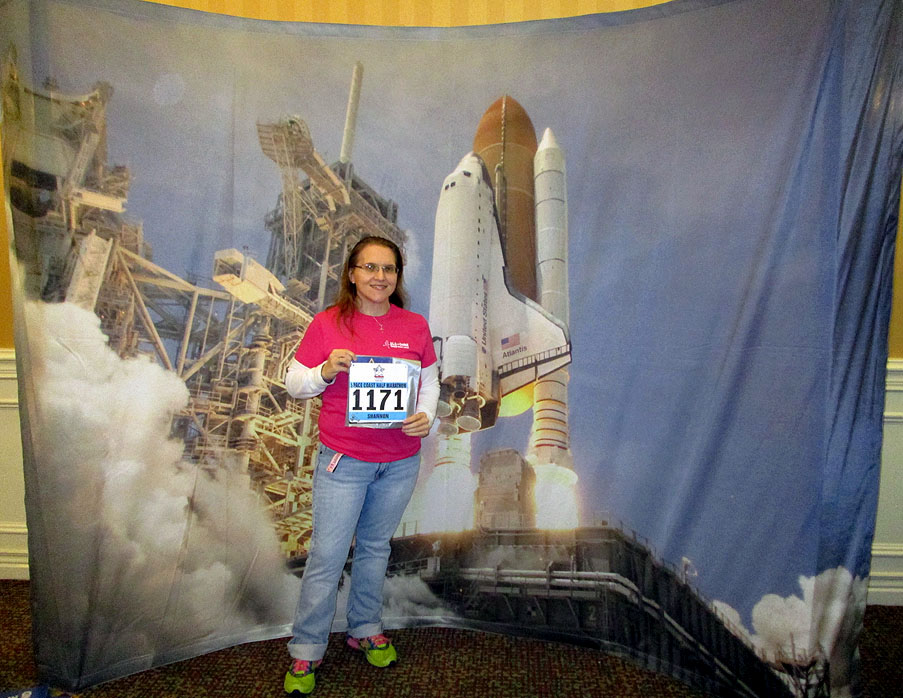 I went to the expo on Saturday to pick up my bib and shirt. After getting my packet and such, I joined the 26.2 with DONNA booth for a bit to promote my favorite race weekend. I love talking up the DONNA whenever I can. It was nice to be able to spend even a short time there at the expo. This year, the race expo was in a better location than it was in 2013. It was at the Radisson Hotel in a ballroom and the bib pickup while still somewhat crazy, was definitely better organized than last year. You picked up your bib from one area, then got in another line to get your shirt. Unfortunately, the race did have an issue with the shirt vendor, so that became a problem when folks who had ordered women’s sizes came to pick them up. I was able to get a small in men’s so while it’s a bit bigger in the sleeves than the women’s small, at least I wouldn’t have to wait a month or more to get my shirt (the race was ordering more shirts). They did have quite a variety of merchandise available if you were interested in shirts, mugs and such as well. The one thing I still didn’t see were car magnets. Not sure why they didn’t make them available this year. Otherwise, the expo was good.

After some time at the expo, I drove back to Orlando, as I wasn’t staying overnight this year. The race is about an hour away, so it is drivable from Orlando which helps you save money on a hotel. On race morning, I got ready and headed over to a friend’s place where a number of us were carpooling over. It was an early morning (had to wake up before 3am), but I’m sort of used to the crazy dark hours these days. We all got to Cocoa Village at about 5am. With the half starting at 6am, there was plenty of time for port-o-let stops, meeting up with fellow Orlando Galloway friends, and all. 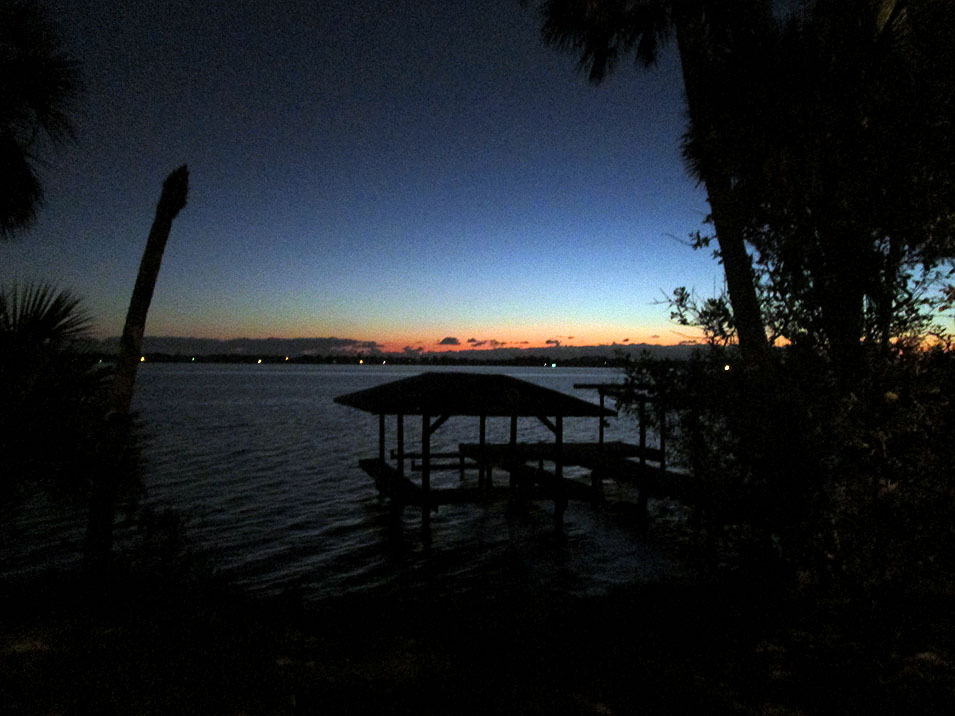 Beautiful sunrise on the half marathon course race morning.

Before I knew it, I was heading over to the starting area to line up for the race. Half marathon #12 was about to commence. A fellow Dream Chaser, Melodie and I decided to run together for this race. She hoped to get a new PR, and I told her I’d help her. When the race began, we stuck with the 3hr Galloway pacer, who was supposed to be doing 30:45 intervals. Unfortunately, she was not doing that. Instead, she was doing 1:00 minute run, 1:00 walk and she was going a bit fast pace-wise. It was already difficult to keep up with the group with the large number of runners (3,400 runners in the half), but we did our best to keep an eye on her pace sign and the people closest to her. By the 5k timing mat, we decided to leave the pace group and do our own thing. I set my Gymboss timer for 30:45 intervals and we took off.

Yes, took off. We really pushed on those 30 second run intervals for awhile. By the half-way point in the race, I was definitely feeling it. Mel also began to feel the intensity. Our chatting gradually went from frequent, to not much talk at all. That meant neither one of us was feeling so great. I was having stomach pains and cramps and had to really ‘grin and bear it’ to make it through the miles. While I was doing my best to keep hauling onward and help my friend get that new PR, I began to wish I was doing just about anything but running. I didn’t want to disappoint her, so I kept telling that nagging voice in my head to “be quiet” and my stomach to “relax.” Somehow, that worked to get me through those final miles. 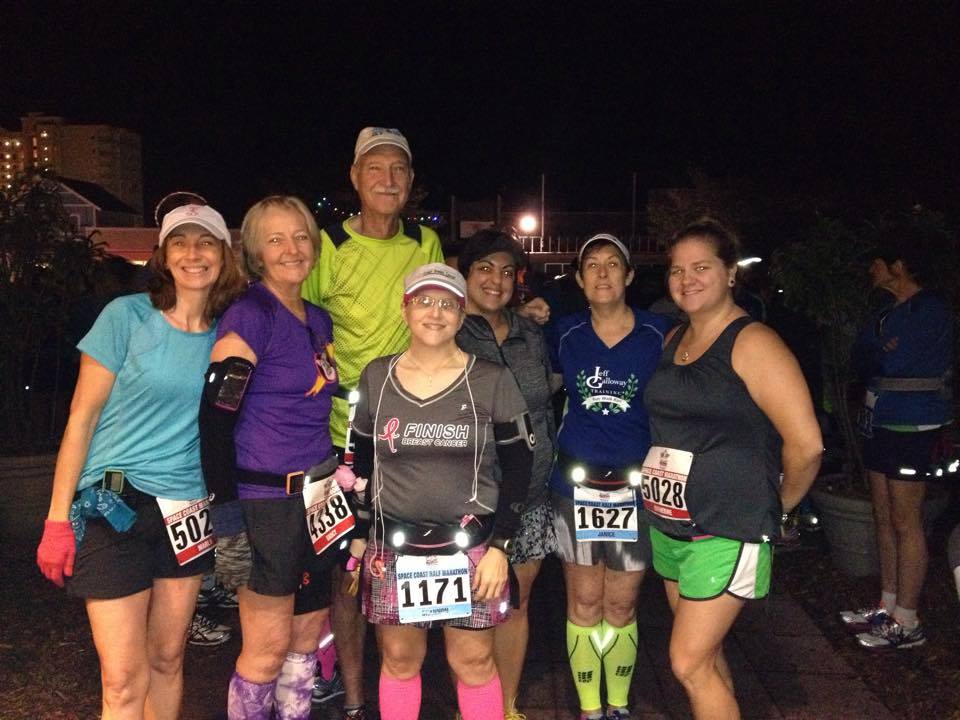 Some of the Dream Chasers before the race.

Rounding the corner to the finish line, I tried to really use every last drop of energy I had left. I ended up slowing to a walk for a few seconds however before resuming my all-out run to finish. As I crossed, Mel and I high-fived one another. I missed getting my own PR by about a minute, but I did something better. I got my friend a new PR. Sometimes, it’s not about your success, but the success of a good friend that makes it all worthwhile. 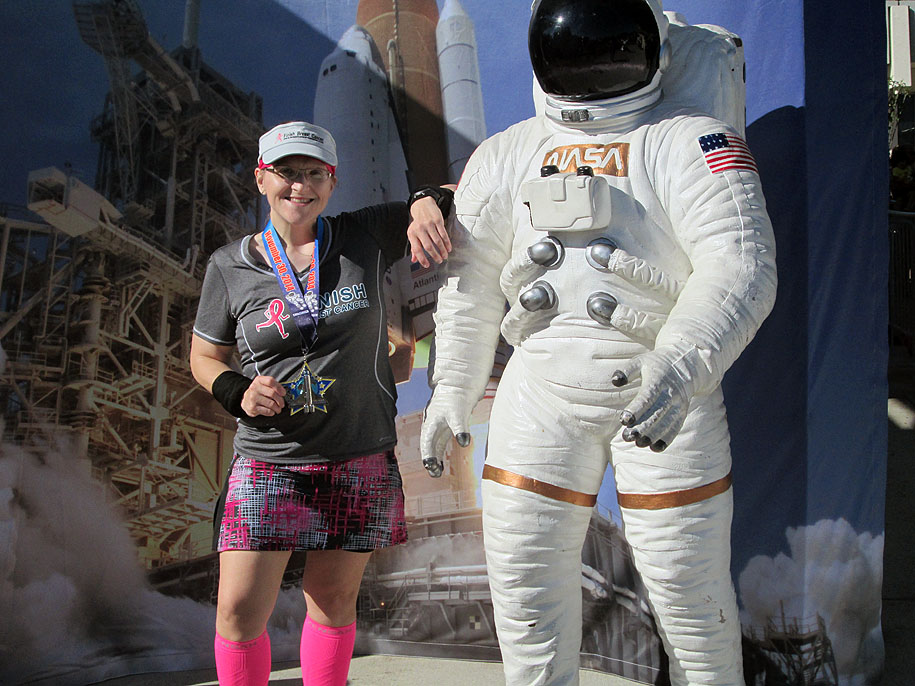