So, I guess I’ve hit that point in my running journey where I question myself. I question if I’m starting to lose something.

It all came out of this past Sunday’s half marathon (race recap is coming soon). I was feeling okay at the get-go, but by the halfway point, the wheels felt like they were beginning to fall off. My legs hurt and I started to question myself and why I was running the race. 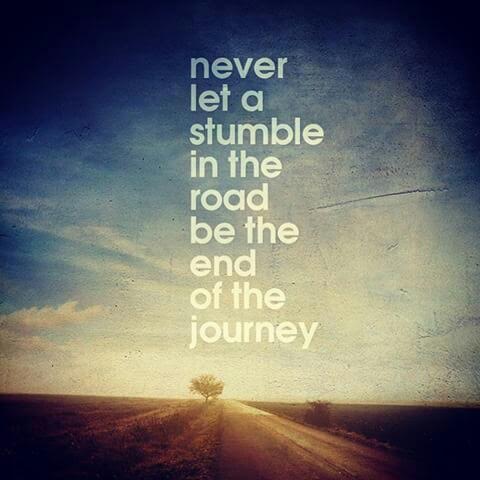 What was the deal with that? Why did the race feel so tough? I’ve done 21 half marathons before that one, and did my training, up to 14 miles two weeks before the race. So, why did I feel like 13.1 miles was such a difficulty?

This mindset started to get me wondering about my future races. Not to mention my plan of training for marathon #6 in 2017. Would it be too much? Were my marathon days over? Was marathon #5 truly my last 26.2?

That’s where I had to pull out my bag of tricks. It was obviously a mental game in progress and I had to overcome those negative thoughts with positive ones and win with my mantras.

“I can do all things through Christ who strengthens me…” my favorite Bible verse that was emblazon on the back of my shirt immediately hit me. I CAN do the race, and I WILL do it. Stop questioning and believe in yourself.

Having been through a lot over the years, this was just a stumbling block. I was a marathoner and I have pushed through this sort of thing before. I overcame not running even a mile almost six years ago, this was just another challenge I would have to get through.

Finishing the half marathon, I could not have been happier for it to be over. Part of me wondered if the heat and all was the issue, and I was just overthinking things. So, I told myself, forget about your finishing time and just be glad you were able to get out there and run with friends.

It took me a couple of days to realize something. It wasn’t that I wasn’t a good endurance runner anymore, no it wasn’t that at all. It was that I wasn’t training for a marathon this season. Every other season of my Galloway training since 2012 had a marathon involved. The 2012-2013 season I was training for my first marathon, 26.2 with Donna. Then, four more marathons followed between 2013-2015.

My endurance is just not at the level that it was used to being. Training for a marathon makes half marathons feel a bit less difficult. Not that the half marathon isn’t a challenge, on the contrary! When we run more miles and are able to run 20+ miles, that 13.1 distance just doesn’t seem as much of a push.

This season, I took off from marathons. I knew that my body needed a break from that distance, and so my goal for this training season was the half marathon. It also helped me realize how much I truly miss training for 26.2. 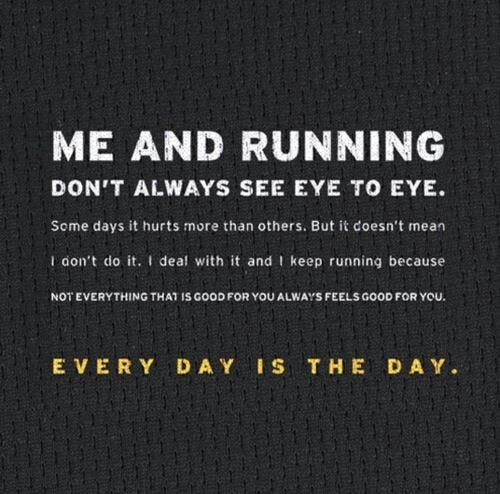 I’ve got half marathon #23 in 25 days at Space Coast Half Marathon. I’m going to work on my speed-work between now and then, and my mental training. I guess keeping our mental training sharp is just as important as our physical training.

I love to run, so irregardless of how much I disliked how I performed during that race, I refuse to give up. The experience will only make me stronger.

Have you ever questioned being a runner?