When you head out for a run, do you use a running app on your phone? There are many running apps out there, but none of them are like the RunGo app. It can not only track your run, but it has voice navigation. It’s like a GPS navigation for your run!

RunGo provides turn-by-turn navigation allowing you to just enjoy your runs without having to think about looking for street names and when you may have to turn next. Other great features include, audio cues with your running stats, split updates, the ability to share your runs via social media, and create new routes. There are over 100,000 running routes worldwide in RunGo’s database, with hundreds added daily. Another great feature of the app is the ability to work offline. You can create and download your routes ahead of time, before your run so you don’t have to use data during your run. 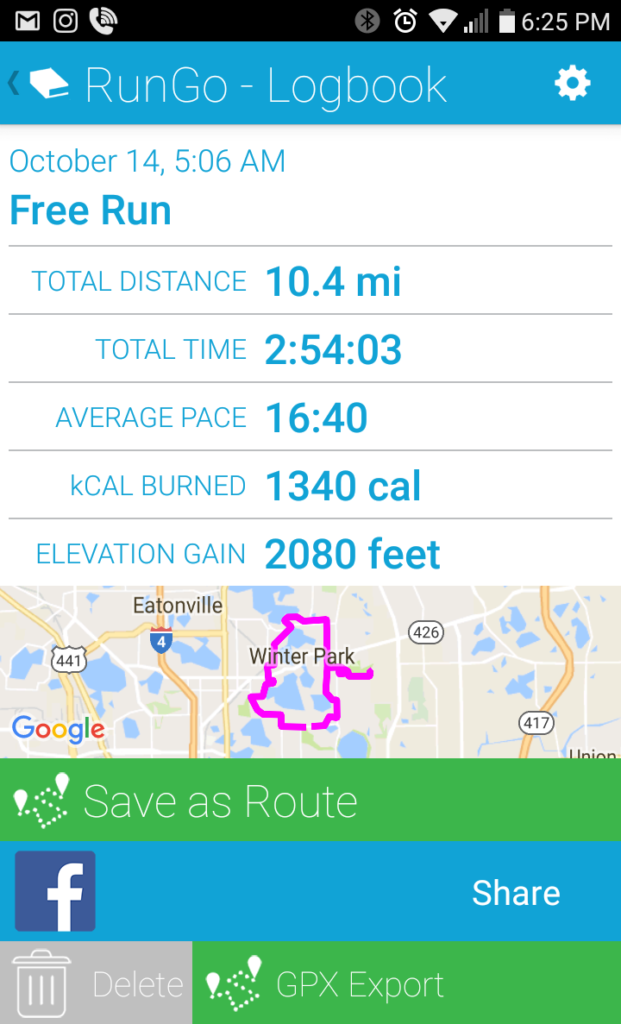 I’m usually not the one to use a running app on my phone, but when I was given the opportunity to try out RunGo, I was excited. It’s not your typical app. I loved how you can not only track your run, but get GPS turn-by-turn directions. Definitely unlike any other app I’ve seen out there.

The turn-by-turn navigation allowed me to program a route that I wasn’t as familiar with, and let it tell me when to turn. After having to follow directions “the old-fashioned way,” during a recent run, RunGo is SO much better. I didn’t have to keep looking on directions I had written down to know when to turn left or right. RunGo told me where to go. It made the run much more enjoyable.

RunGo is also very accurate I’ve learned. Sometimes, running apps overestimate the distance of a run, but my experience with RunGo have been positive. The mileage data compared to my GPS running watch are pretty right on. I would feel comfortable ditching my GPS watch and just running with the RunGo app on my phone, knowing it would track my run pretty accurately.

If you’d like to see the app in action, check out the video below. I recommend the app to everyone, definitely worth trying out on your next run!

Check out the RunGo app for yourself in the Google Play store or Apple store. You can download the app for free, and subscription options range from $2.79 a month to $13.99 a year for premium features.