On Sunday, June 15th the new season of the Orlando Galloway training program kicked off. Olympian and program creator, Jeff Galloway was on hand at the event which is always a great time. This is my third season with the training program and I can’t say enough good things about it. I started back in June 2012 never having done more than two half marathons and a handful of local 5k and 10k races. I have since completed three full marathons and eight more half marathons (and of course many more 5k, 10ks, etc.). I credit not only Jeff’s run/walk/run method with my success, but the awesome people that I’ve met and been motivated by being in Orlando Galloway. 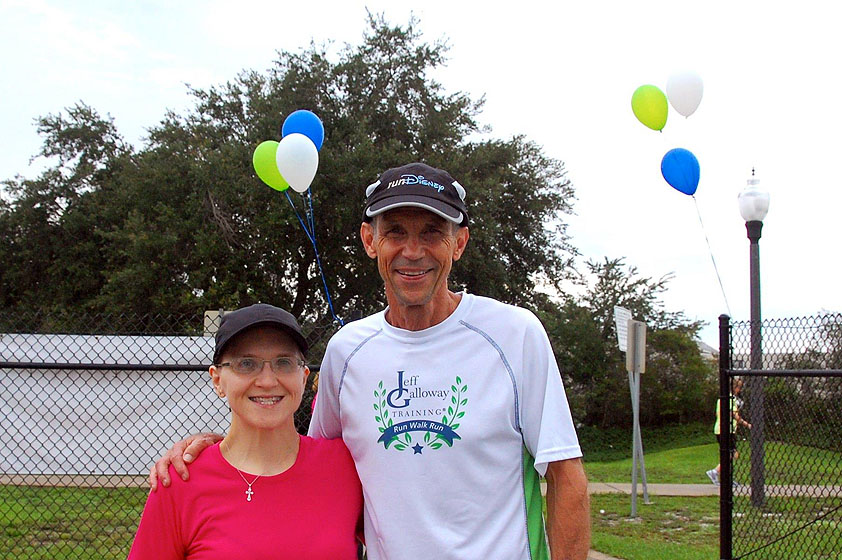 Back in June 2012 with Jeff Galloway at kickoff.

This season, I have been fortunate enough to move up to a Group Leader. It’s something I’ve wanted to do for about a year now in order to help inspire and motivate a new group of people achieve their goals of running a half or full marathon. I mean hey, there’s nothing like your first finish line (and really, every finish line after that)! Also, I’m training for marathon #4 this season. Yup, I’ve become full of crazy. I’m planning on running the 26.2 with Donna again in 2015. It was my first marathon and I really want to run the full 26.2 again.

The kickoff was a great success. We have well over 150 runners signed up as of early this week! That’s just for the full season, as there is a Fall session which kicks off in September which targets just half marathons for early 2015. I’m not sure how many are returning runners versus new runners (new to the program), but I’d guess at least half, likely more are returning folks, but not sure. There were quite a number of familiar faces!

After the kickoff, I attended Jeff’s running school which took place at Track Shack. It’s a three hour class that I had the fortunate opportunity to go to last year and it’s good stuff. I learned new things this time around, and I never get tired of hearing Jeff Galloway speak. He has so much experience and lots of great stories to tell. The time just seems to fly by. I definitely recommend his running school to anyone who has yet to attend one, you’ll come out a more knowledgeable runner! 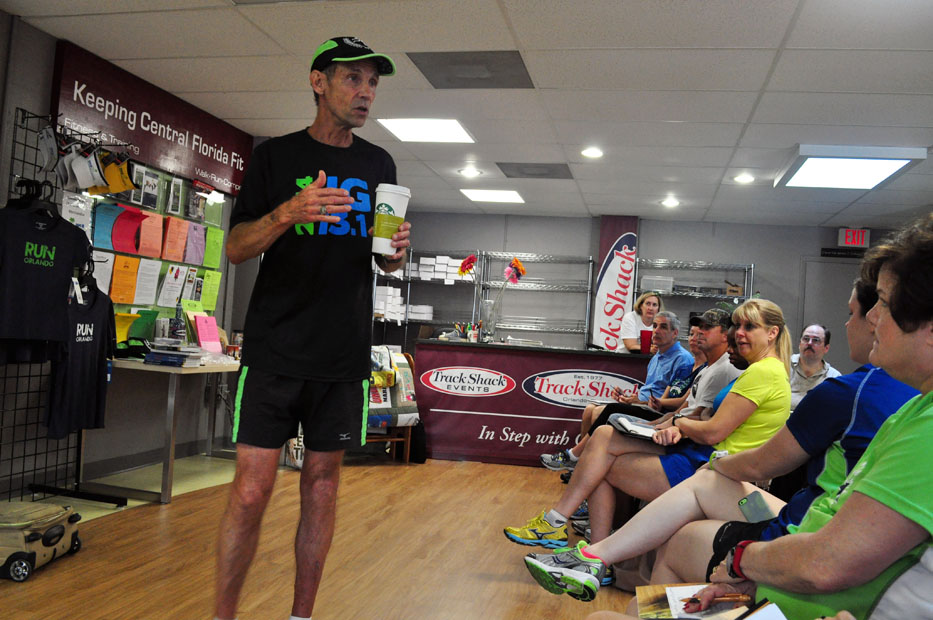 I’m excited about the new season and what it will bring. I met some of the new runners during Tuesday’s pace group run and I love the enthusiasm that I’m seeing so far. Our first long run is this Saturday, and some of us will be running 8 miles, and I’m looking forward to that. There is more than 30 weeks before the 2015 DONNA, but with some of the half marathons I’ve got on my schedule before that, I’m ready to get started.