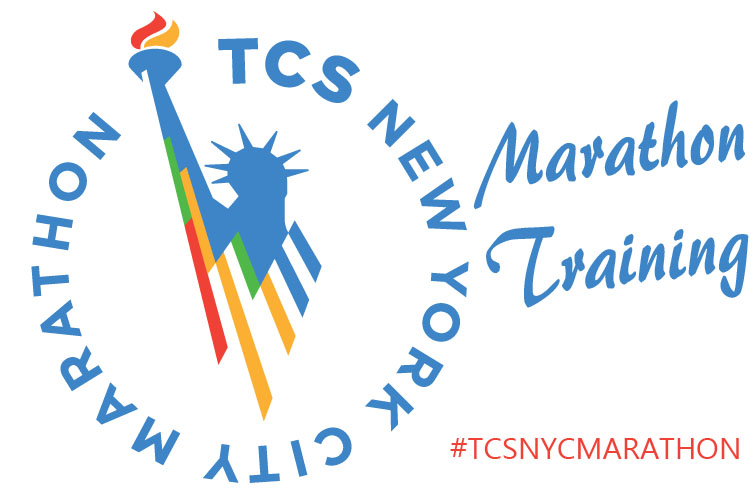 I am officially done with marathon training for the NYC Marathon. Saturday was my last long run for marathon #5. I had 26 miles on the schedule with Jeff Galloway’s program, but ended with 29 miles instead. According to Galloway, if you do up to 29 miles on your last long training run, it can improve your marathon time by an average of 11 minutes. I didn’t exactly plan on doing the extra three miles, but I’m actually glad that I did it.

We started the morning off dark and extremely early at 3am. It was drizzling out for the first 3-4 miles or so. It felt kind of good though. It also wasn’t too hot out which was nice for a change. I was feeling pretty good as we made our way toward Winter Park. When you run in the dark, it’s kind of peaceful. I do enjoy seeing the lights and especially the way Park Avenue looks at night.

The morning took us all over the place. We literally did our own half marathon well before the sun came up. We do our long runs slow, but it’s not about the pace on the long ones. The purpose is to get in the miles. You get the benefit of the miles you put in even if you walk them. No reason to overdo things when there’s no reason to. Weekday runs are for tempo and more race pace work with the Galloway program. 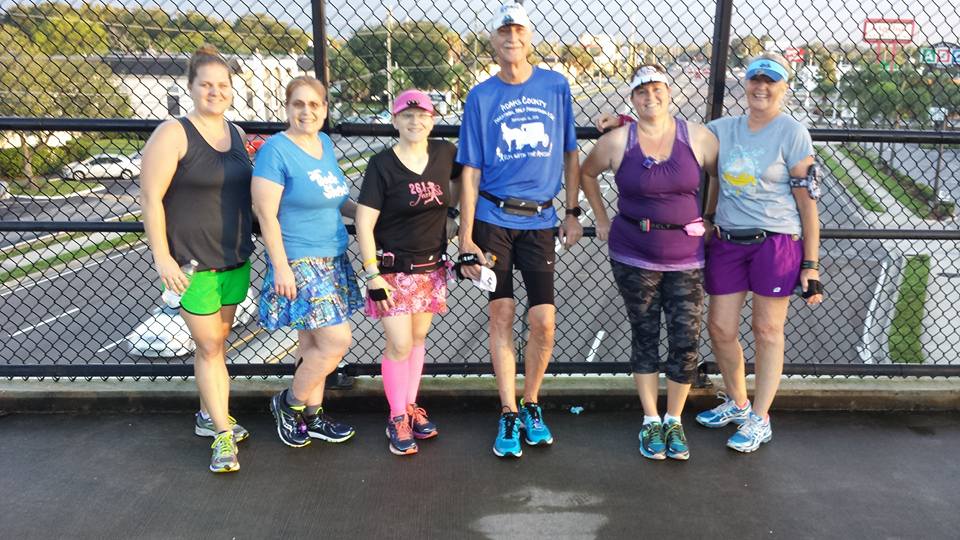 Group on top of the bridge during the run.

When we got to 14 miles or thereabouts, I ended up jumping into another group to finish my miles. My group only had up to 23 milers, so I would end up being solo on my last three. That wasn’t something I wanted to have to deal with if I could prevent it. The group I joined in with I knew well, all five I had run with before, just not as much this season. It was a nice change to run with the group, as I missed running with them. The six of us went over the Cady Way bridge and back before running through Baldwin Park around the lake.

By the time we got back to the school (where we meet and start our Saturday runs), I was at the 20 mile mark. In order to hit 26, we headed back out for another 6 miles after taking a brief water break. We laughed our way through those miles because we were definitely feeling the run all over our bodies. I figure, you either need to learn to laugh or you’ll go crazy. I’d prefer to try to find some comedy in the situation. I mean, when you think about it, those of us that run marathons are pretty darn crazy. LOL

When my Garmin finally hit that glorious 26 mile mark, I rejoiced. And yes, out loud. It was sooo wonderful to be done with those miles. Then, my fellow NYC Marathon and Galloway runner friend kind of persuaded me to go back out. That’s right, go back out for more miles after just practically running a full marathon. Talk about crazy, huh? But, the idea of doing it, just walking to get in that extra mileage for NYC was appealing I had to admit. 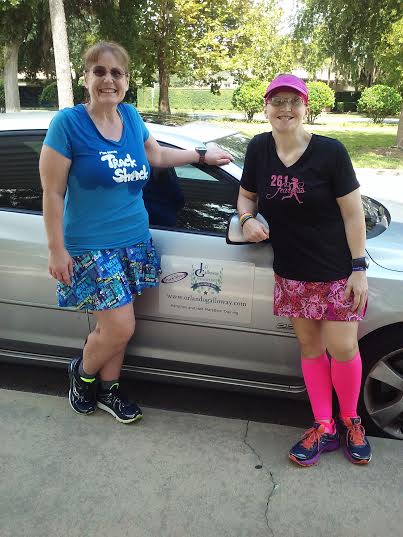 Sunshine and I after 29 miles

So, once I got my Vega Sport Recovery Accelerator mixed, I took off in the nearby neighborhood with my fellow running buddy. Her motivation to get in those extra three miles were rubbing off on me. Even though I hurt in every part of my body, I knew I could push through walking those miles. It’s amazing how capable our bodies really are when we challenge them to do the seemingly impossible.

At the end, I had 29 miles (could have been slightly more, my Garmin died during those final 3), and I was tired, but happy with this accomplishment. I mean, how many other marathoners go out and do their final marathon training miles and run 29? I almost felt like an ultra-marathoner by doing this. Though, they say you need to do a 50k to be a true ultra-marathoner.

Now, it’s time for taper. I have mixed feelings on taper time. I’m looking forward to the lower mileage and being able to run less mileage. But, I know the closer it gets to the marathon, the more I’ll get nervous about the big day. NYC is my biggest race ever and I’m thrilled that my dream is coming true in just 27 days. I feel so extremely blessed to have this amazing opportunity to run NYC.