One month into 2016, I can say that this year is already proving to be one of changes. I came to a big realization last week about a big part of my life which will affect everything else in some way. Not to mention that I’m already seeing how different the year is going to be for me.

I feel that 2015 was the best year of my life, but it was kind of the cherry on top to the end of that chapter. Then, this year begins anew, it’s a blank journal ready to be filled in with all of the ups and downs of this new chapter of things. I’m excited, yet I’m also not sure how to feel right now. Part of me is just here, existing, just being ready to take whatever comes my way. 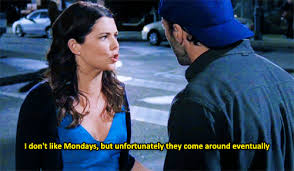 Saturday also marked a sad day that happened two years ago. With all these timehop and “looking back” applications we have, the bad memories roll in along with he good. It was January 30, 2014 that I learned a friend had decided to take her own life. The news hit me like a punch to the gut. And, it took me quite some time to grieve. While I very much miss my friend to this day (not a day goes by that I don’t think about her), thanks to my faith and great friends, I’ve been able to come to terms with it. Having a friend commit suicide is something I would never want anyone to have to go through, it’s difficult losing a loved one through accidents and other means, but it just seems more difficult to come to terms with a suicide. The questions that bounce through your head, the not knowing, or understanding the whys…so much is just forever left hanging. I will always miss my dear running friend and I hope to be able to see her again one day in the future up in heaven.

On the good side of things, I was able to create a new, good memory on Saturday. I ran the annual Lady Track Shack 5k here in Orlando. This was my first-ever race back in 2010, so it has more meaning than most 5ks. I have since run it every year, less for 2013 when I got sick and wanted to be sure I was healthy and rested up for my first marathon a couple of weeks later. It was a nice morning for the run, and I always love seeing all the pink and lots of familiar faces of fellow running friends. I’ll be posting my race recap later this week. 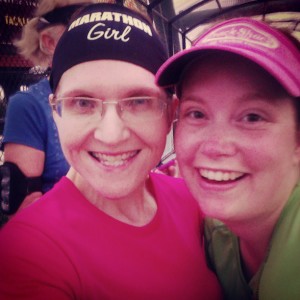 Also on Saturday, my mom added two new furry babies to my parents home. After hearing a fellow local vegan needed to re-home two guinea pigs, I asked my mom if she was interested. She had been wanting a guinea pig, but obviously wanted to adopt and not buy one from a pet shop. She said yes, so I headed to my parents place Saturday around lunchtime to head over to get them with her. Let me tell you, they are the cutest! Mom is already in love with the two girls and I know my dad who isn’t as excited about them, soon will be. How can you not fall in love with furry creatures who love to snuggle?

On the losing weight front, I have to admit it’s been an up and down deal. Overall, I’m doing well on not having that extra snack, but there has been a day or two that have been harder to get through. It’s an ongoing journey and I know that some days will be better and easier than others. I’ll get the 3-4lbs off that I gained during the holidays, it might just take some time. 🙂