I hit a milestone this past weekend. In running that is. Yesterday’s race at the Daytona Beach Half Marathon was my 20th half marathon that I’ve run to date. I originally thought it was #19, but after re-counting my medals last night, it was definitely #20. It’s amazing how far I’ve come since that first half marathon. 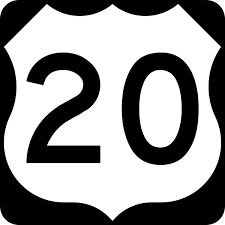 My first 13.1 was the 2011 Space Coast Half Marathon. I hadn’t done a race beyond a 15k and I recall how nervous I was. Thankfully, I had great friends around who supported me from start to finish. I’m blessed to call these ladies friends to this day. Running friends are a different kind of breed, loyal and there to the end and beyond.

The more I run, the more I appreciate the fact that I can run. As well as that not every race or run is going to be a good one. Some races aren’t going to go as you may have wanted them to, or planned, but in the end, as long as you go out and do your best, that’s all that matters. Yesterday’s race became about finishing it. Getting to that finish line beside a running friend and not worrying about what time the clock said. I’ve learned so much about myself and running since those first races, and that first half marathon. I go out there every time to start and finish the race, period. I’m definitely a social runner, one out for the fun of running as well as to push myself while I’m out there. No age group or speed awards for this runner girl.

While the race was the highlight of my weekend, I also experienced a low. On Saturday, a long-time neighbor that lives across the street from my parents suddenly passed away. It’s news that I don’t think I’ve fully processed just yet. The couple have lived there since my family moved in back in the late 1980s, so I’ve known them since I was about 11 years old. I basically grew up knowing both of them, and when I heard the wife had died, well it was definitely a shock. 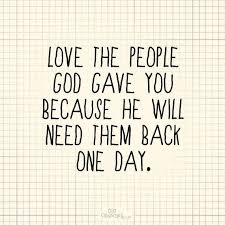 Every time I go to visit my parents, she was outside with the dogs waving at me. The support they gave me when they learned I was running was awesome. Especially when they learned I was running the NYC Marathon last year. Patty (that’s her name) was so incredibly sweet. She told me how excited she was that I was doing the race and then later how happy she was to track me on race day. I’ve always taken for granted that she and her husband were around, across the street from my parents that it’s hard to imagine the lack of her presence when I go back over later this week.

Life is precious and tomorrow is never promised. Sadly, we end up learning this lesson again and again whenever we lose a family member or friend. It’s hard to understand the why when someone we care about is taken from us suddenly, too soon in our minds. I know that God has His reasons, His plans for each and every one of us. We are put here for a reason. Once our work is done here on Earth, we go home to Heaven. So, we just never know if someone close to us is nearing that point. All we can do is love one another embrace each day we are given.