The X-Files is back! My inner geek girl has emerged and it is quite excited! For those living under a rock (sorry, just wanted to use that phrase), The X-Files has returned to the Fox Network for a limited 6 episode revival run. It premiered last night and the second episode airs tonight.

Here’s what you need to know about this X-Phile. Yup, I mean me. I have been a big fan of the show since it first aired back in 1993 (I was about 14 then). I vividly remember sitting in my living room each week watching X-Files in all of it’s spooky glory. I was hooked pretty much from the get-go, the names Mulder and Scully quickly became a regular part of my vocabulary. I bought just about everything I could get my hands on that had anything to do with the show. I created my own fan site for the show, it was called X-Treme X-Files. The show and it’s mythology pretty much consumed my life until about 2000 which is the end of season 7. Sure, I plopped myself on the couch each week to watch, but it just wasn’t the same without Mulder, aka David Duchovny.

I did continue to watch the series through it’s series finale on May 19, 2002. After all, Duchovny did somewhat return, and I was a fan til the end. While the first movie, Fight the Future was a hit, a movie that I loved, even seeing it in the theater 3-4 times before owning the VHS (remember those?), then later the DVD copy, the second movie was anything but. I Want to Believe was a disappointment IMO. A lifelong X-Phile, I felt as though my favorite show truly had ‘jumped the shark.’ And, up until the other day, I refused to even add a copy of said movie to my X-Files DVD collection. So, when I heard Chris Carter had gotten Duchovny and Anderson to come on board for a limited television revival, I was excited. I chose to remember the better times…the better days of my favorite show. 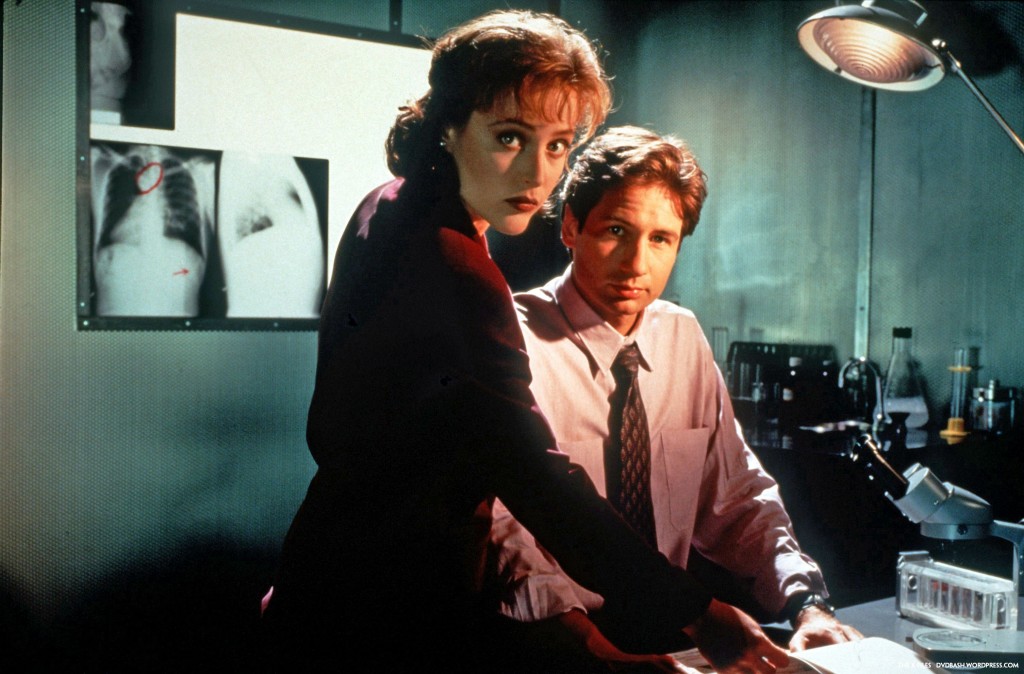 Anyway, the X-Files returned last night and it was GLORIOUS. That theme song, the feel, Mulder & Scully (and Skinner), it was all there. By the end of the episode, I felt like it was the 1990s again when the show was regularly airing. I won’t post any spoilers here in case anyone is still playing catch-up, but I LOVED IT! Seriously, already antsy and excited about tonight! 🙂

As you can see, talking about my favorite show (now, there are other shows I love, but nothing will ever top X-Files for #1), I wrote far more in this post that I thought I would about it. That said, I’m not sorry because hey, I love it and this is my blog. I really hope you share my X-Files love, but if you don’t, that’s okay too. I just think you are totally missing out on some of the best drama TV had to offer and that has since returned to give us crazy fans some spooky goodness yet again.

Otherwise, on a not X-Files related topic, I’m doing okay with my start of being accountable again on my food. I admit, I’m pretty darn hungry as I type this blog post (I’m dreaming of cookies and other carb yumminess), but I’m chugging down my water (with some Nuun for awesomeness added in sometimes), and logging my food. If I can push through this week, I know it will only get easier and that darn rumbling stomach stuff will learn that it’s just bored. Thank goodness for online support! I’m sure I’m going to be needing it from my facebook group this week. Ha.

Are you a fellow X-Files fan?
Excited about Duchovny & Anderson taking back their alter-egos?