I have no idea what my big goal is for the new year. I’ve been searching my heart and self for what my next dream might be. It feels kind of bittersweet that I finally had such a large dream come true in 2015. Now that I’ve gone back to New York and run my dream race at the NYC Marathon, where do I go from here?

What I do know is that I will be concentrating on doing half marathons, 10ks and 5ks for 2016. Beyond that, running-wise, I’m feeling a bit unsure. Dare I say lost even. There’s just something about having something big that you are dreaming of achieving. Sure, there’s lots I can do, lots of things I’d like to do in my life going forward, but thus far, nothing big.

While thinking about this very subject, the only thing that comes to mind is finding Mr. Right. Okay, so there’s probably not exactly such a thing, but I would like to find my future husband. There’s a feeling that I’m in a good place right now for getting into a relationship. I’ve accomplished so much in the last 3-4 years and I am feeling more ready to leave single-hood than I’ve ever been (is that even a word, single-hood?). 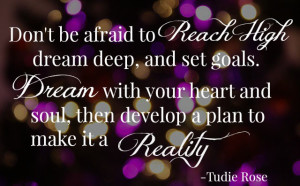 Because of my faith in God, I know He has someone out there for me. That said, I do joke with Him and tell Him that I’m not getting any younger here. I mean, I’m inching closer to that 40 year mark (yicks, wasn’t it just yesterday that I turned 30? I mean, I’ve got a few years before that point, but yeah), and if I want to have kids, which i do, the clock seems to be ticking, you know? 🙂

The topic of love is kind of awkward for me, since I’ve never truly been in love. There you go, the honest truth. It doesn’t bother me (well, not much) that I’ve been single for so long, but I’m feeling as though I’d like to start a family. A loving husband, a kid (I’m going for the number one at this point), some pets…the good old American dream. Don’t get be wrong, I know it’s not a fairy tale world, but maybe it can resemble one once in a awhile?

Other than that, I don’t know. What will 2016 bring this gal? Your guess is as good as mine, but I will say, I will never give up on my dreams. Even if they are a bit silly or seemingly impossible. I’ve achieved so much up until now, and I know anything is possible with God!

Have you come up with your goals for 2016? I’d love to hear about them!