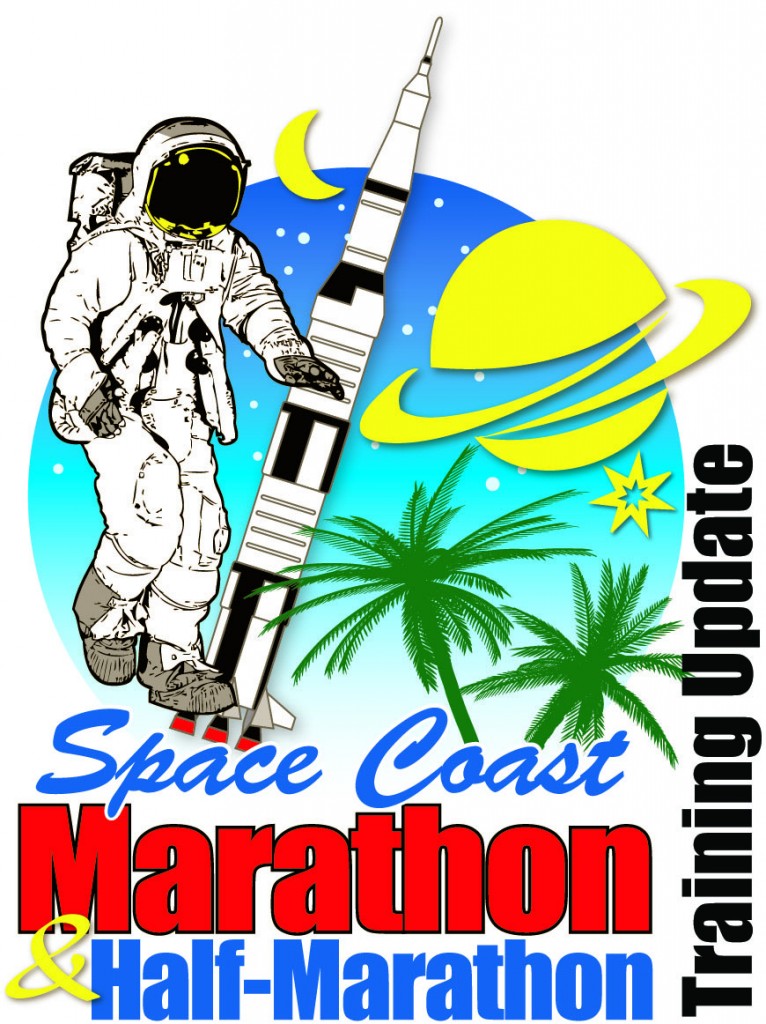 I have officially entered the “Taper Zone!” Okay, so you have to imagine that Twilight Zone theme music playing there, but I’m sure you can manage that. 🙂

Saturday was my last long run, my 26-miler. With Galloway’s training, you go up to 26 miles for the ‘To Finish’ program and even 29 miles if you are seeking a time goal. I opted to do as I did for my first marathon and do 26 miles. Jeff Galloway’s training program is unique in this way, as most training schedules for a marathon only take you up to mile 20 or 22.

At 3am, the party started. There were four of us doing the 26 mile total, with others coming and going throughout the mileage fun. The first portion was 12 miles as one group leader lead us (she had just run Marine Corp Marathon the weekend prior, so hey, getting out there to do an almost half marathon distance with us was awesome). I felt okay for the most part until the last mile or so. I began to feel lightheaded and just “off.” Not sure if it was a bonking issue or what, but I was definitely not feeling right. I had taken a couple of gels as well as some chews and salt tablets, so I don’t believe it had to do with nutrition.

Fortunately, by the time we arrived back at the school where we meet and I had a mini Bonk breaker, I felt better. We then headed back on the road with two other group leaders and quite a number of newer runners (newer in that they had fresh legs). Things went pretty well from that point on until about mile 18 or thereabouts. Then, I began to have some leg soreness and such. I pushed onward though. I was not going to quit, I was going to finish this.

We had some light yet steady rain begin around the 20 mile mark. It didn’t feel too bad, kind of felt nice. I was trying to let the rain distract me from the pain in my hamstrings. This was about the point where one of my running friends asked me how many times I will have run 26 miles after today. This was the third time, marathon #2 will be the fourth. And yes, I began to question my sanity on wanting to go through this pain again. What was I thinking? How did I not recall all of this from training for my first full? 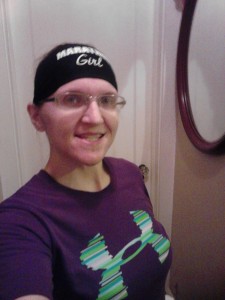 After running 26 miles, still smiling despite the rough of it.

Maybe it’s like childbirth…the amazing feeling you get from not only accomplishing such a feat as running a marathon and that beautiful medal being put around your neck makes you forget about the hard parts. I suppose I won’t be able to truly compare the two until I have a kid of my own. 🙂

The end of this run was rough, with the rain even coming pouring down harder as I got the final quarter of a mile in. But, I not only felt great for getting it done, but felt more hardcore for doing some of those miles in the rain. I mean, the rain does make us more bad ass, right?

Space Coast Marathon is in 27 days! Taper will be both a nice thing and likely drive me crazy with running less mileage. But, I’m going to do my best to enjoy this time and work on some of my other fitness.