This morning at the track, I ran my magic mile for my fifth season of Orlando Galloway. My fifth season of Galloway training. Definitely nice to have been doing something going on five years! I thank God that I have been able to run since 2012 after my back injury. Jeff Galloway’s run/walk/run program has a lot to do with me being able to become a runner again and a five-time marathoner.

Since I didn’t do my magic mile on Saturday at our season program kickoff event, this morning was my day. There were some other alums and new members also running their magic mile this morning, so I was not alone in the slightest. I was both looking forward to doing my magic mile and not all at the same time. I suppose there’s a love/hate (or at least dislike) sort of relationship with the magic mile. At least for me there is. I love knowing what my fitness level is, but having to run so hard for a mile isn’t always the funnest thing in the world.

In case you are unfamiliar with the magic mile, it’s a group placement and predictor tool for Jeff Galloway’s training program. Jeff has learned that by running a time trial of a mile, it can be used as a way to predict how you can perform at different distances as well as what you are capable of. For the training program, it helps place you in a pace group for the long runs.

This morning, once I did a couple of laps on the track with some of the girls to warm up, it was time to get this thing done. I lined up at the “start” with one of the girls who was hoping to run about my pace and we took off (started our watches of course). Four laps of the track are a mile, so I was hoping to keep around a 2:30 per lap pace or thereabouts. My watch showed we were pretty right on pace after that first lap. I could feel the push in my legs as I got in my second and third laps. By the fourth and final lap, I began to give it all I had left in the tank. I finished my mile in 10:13, which is so so great for me. My best time ever since I joined Orlando Galloway. The group I’m a pace group leader for this season is from 10:15-11:00MM, so it’s nice to be at the top of the pace chart. Heck, I would have been happy with a 10:30. LOL!

Looking back at my last four seasons of magic mile times, I’ve really improved each season which is just how it should be with Jeff’s program as long as you are staying fit and consistent with your training. My first magic mile back in 2012 was 12:30, my second in 2013 was 11:04. That first to second season was a great improvement. Then my third season’s magic mile was 10:48, and last year’s was 10:40. While I didn’t improve much from season three to four, it’s nice to see that’s changed for the better now. I think the fact that I was doing marathons and not working on my speed like I should have had to do with the lack of much improvement on my time. 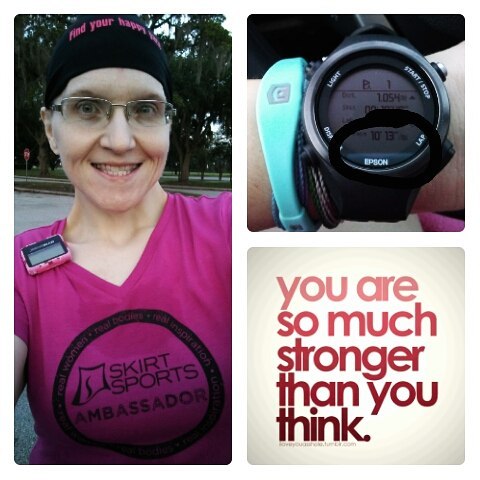 This season my plan is to embrace the track. Embrace the speed work. I’m not normally a fan of the track, but I need to learn to love it…or at least like it. This is what I did last season with hill training. I wasn’t really into doing hill work, but since I was running NYC, I knew it was important that I did anything I could to prepare for those bridges. I still didn’t do as much as I would have liked or should, but I found that hills aren’t so bad after all. Now, it’s onto that speed work on the track in 2016!