I usually don’t respond via my blog about what other bloggers blog about. I feel that every blogger has their right to state their thoughts and opinions. After all, it’s a free country and all that jazz. However, today I read a blog from fatchicksings.com and knew I needed to respond. There’s always another side to the coin, right? You don’t have to agree with either one, but I feel that the other side should be heard. 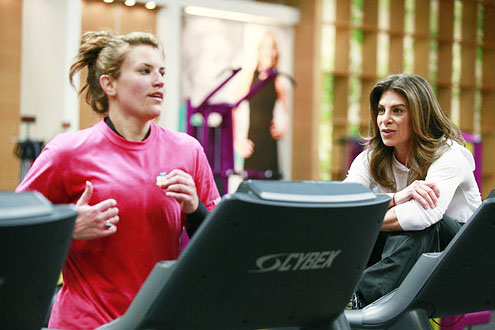 Jeanette wrote a blog post about how Jillian Michaels doesn’t deserve the right to speak out in favor of loving yourself and your body. That Jillian is the “queen of mean.” Wow. That’s quite a moniker to grant to a trainer who has changed the lives of many contestants, not to mention hundreds of people who have not been on The Biggest Loser. Jeanette goes on to say that Jillian came into our living rooms each week telling the overweight contestants how ugly they were. Come on, are you serious? Did she yell at contestants to keep moving and how if they didn’t change their lives that they would be heading toward a premature death? Yes, but that’s a far cry from telling someone they are ugly and insulting them.

Let me be transparently clear, I have been watching The Biggest Loser for about 10 years now (started watching during season two) and NEVER did I think Jillian was some meanie out to sink fat people. In fact, when I started watching Biggest Loser, I myself was well over 200lbs and in need of a health intervention. It was the reality show along with my own personal wake-up call that lead me to forever change my life for the better. I watched the show each week dreaming of being a contestant on the Ranch. I knew that if I had trainers like Bob Harper and Jillian Michaels that I could become a better, healthier person. In the end, I did it on my own, but the show always was and continues to be that motivation and inspiration to continue to challenge myself and be all that I can be.

What I think Jeanette is missing here is the true person that is Jillian Michaels. What most Americans saw on The Biggest Loser was a screaming trainer who got into the faces of these overweight and unfit individuals. And yes, she did get in their faces when she felt it was necessary to keep them going toward their goals. But, that’s just a portion, a small chunk of what went on while these people were on the Ranch. Do you not think the drama of a trainer screaming maybe made good television (for the network)? She was compassionate, caring and listened to them when they needed to talk. Jillian knows that there is so much more to being unhealthy than merely wanting to keep eating. It’s an emotional roller-coaster that didn’t just crop up out of nowhere. Some of the contestants dealt with being raised on fast food, others used food as an escape from their troubles. Yet others had such a tragedy occur in their lives like losing family members that they just let themselves go, and didn’t care about anything. No matter what the reason, the gym and learning how to eat better can help drop the weight and get off of diabetic medication, but it can’t heal a broken heart. 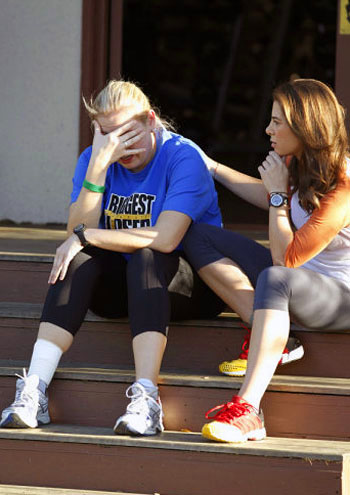 So, when Jillian comes out with tips on body image, I have to tell you, I’m listening. Is she perfect? Of course not. Who the heck is? I know I’m far from it as are most people I know. I still struggle to this day with accepting myself even being 80lbs lighter. If you have blinders on and only see that one side of Jillian Michaels where she is the screaming trainer on Biggest Loser, well, I guess you are not going to care what she has to say about anything at this point. I’ve got to tell you though, I know a lot of people ARE listening to her. They may not always agree with what she is saying, but she is a big voice in the health and fitness arena.

As far as Jillian Michaels’ line of workout DVDs about banishing fat and the like, do you not think people aren’t buying them? No matter whether you are doing P90X or Jillian’s Shred workout, if you are one of those who seeks to workout in your living room, these are the workout DVDs you likely have in your collection. It doesn’t mean any of these trainers don’t believe in loving yourself, they are offering people a variety of workout options to keep yourself fit. With Americans especially sitting on their butts for an average of 8 hours a day at the office, there is nothing wrong with getting your sweat on before or after work. Whether it be at the gym, a run outside or a workout DVD, it’s all about being and staying fit. Does that make these DVD workout trainers against a positive body image? I think not.

Anyway, I just wanted to put my $.02 out there on this topic. At the end of the day, don’t let anyone, myself included tell you who you should or shouldn’t listen to. Just make sure to educate yourself on both sides and go from there. 🙂