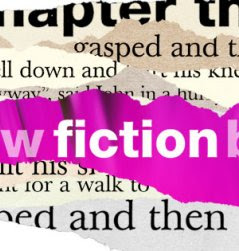 “Why can’t you just give me my space?” He screamed at me, just inches from my face. Out of the corner of my eye, I could see his right hand forming a tight fist. I knew he wouldn’t dare hit me, but still, something inside of me feared him and I took a step backward.

“Alright Greg,” I began with a lump now forming deeply in the back of my throat, “if you need space, that’s what I’ll give you.” Taking another step backward, I eyed him all the while doing my best not to project the tinge of fear that was slowly but surely beginning to overcome my body.

“Good,” he responded, his face still crumpled up in anger and anxiety. He then turned away from me and started going back to the living room.

I just stood there frozen, as though I was paralyzed in that spot. Part of my brain was yelling at me to do something, say something to him before he turned that television back on to the game. That was all he ever did, watch the game. The man worked all day and then would come home, turn on the tube to whatever sports game was on. All I wanted was for the two of us to spend some time together. Greg, on the other hand did not.

Before I could even rethink my original request to him, I heard the sound of the television and the sports announcer’s voice booming. ‘So much for alone time Jill,’ I told myself. My body loosened and I was able to again move. Slowly, I moved into the kitchen to make dinner. There’s always tomorrow…