Okay, yes, I have been talking about the NYC Marathon a lot on the blog. So much so that some of you may wonder when the constant New York talk might come to an end. I’ll be honest, I’m not sorry about it, because well, it’s my dream. But, I can see where my seemingly one-track mind might get a bit overwhelming to someone else. So, I’ll likely stop talking about NYC Marathon a week or so AFTER the marathon. Maybe. 🙂 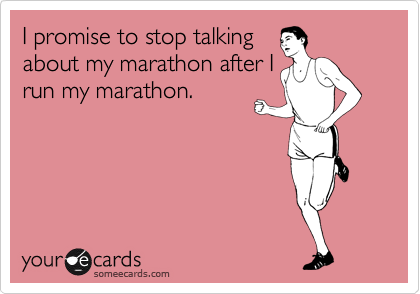 When you dream about something as much as I’ve been dreaming of running through the streets of New York City in the largest marathon major, my excitement is quite big! I have run with some of my Orlando Galloway friends now since 2012, and they can recall how I’ve been talking about New York pretty much ever since I started running half and full marathons. I know that there have been races up til now that I have meant a lot to me and still do (26.2 with Donna in 2013 specifically), but deep down in my heart, I know that this will THE race that I will never forget for the rest of my life. It’s like nothing else, and I’ve heard that from fellow runner friends who have had the opportunity to run NYC.

Looking at the week ahead, I’m working Monday, Tuesday and Wednesday. I’ll be doing my usual Tuesday morning run with my group, but it will be my last run before the big day (unless I run a bit up in NY). My mom and I have an early morning flight from Orlando to New York on Thursday morning. This gets us into the Big Apple late in the morning, so we will have some time with family. I haven’t seen most of my New York family in over five years, so being able to spend time with them is a great part of this trip. Family from both my mother’s side as well as my dad’s side live in Long Island. 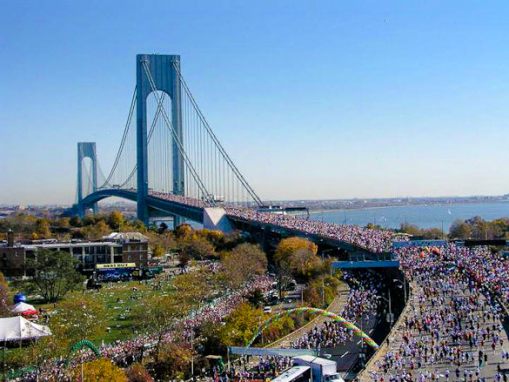 Friday morning, mom and I will ride the LIRR (Long Island Railroad) into NYC from Long Island. It will be expo day, aka bib pickup! I’m really excited about getting into NYC and getting my bib for the marathon. We will check out the expo fun, then do some touristy fun things. Not too much walking of course, because I don’t want to get my legs too tired. It’s going to be hard to not want to just wander around the city, but I know that I have to think ahead about how I’m going to feel on race day if I don’t take it easy on Friday and Saturday. I’m also excited about finally meeting one of my favorite marathoners, Kathrine Swtizer at the expo!

On Saturday morning, I’ve got to take an early train into the city because I’m doing an 8am shuttle tour of the marathon course with a fellow Orlando Galloway friend. It’s a four hour tour of the route with a lot of history and such. I love the idea of learning more about the marathon history and route. After that, my mom will meet me for lunch most likely before we can check into our hotel in Manhattan. Thanks to having family on Long Island, I only have to stay in a hotel for one night. Then, I plan on mostly relaxing (ha, well as much as I can make myself) and trying to get some sleep that night.

Then Sunday is race day! I’m on the 8am Staten Island ferry since I don’t even start the race until 11am. The late start time is a bit nerving, but I knew going in that I would be in the back somewhere. It’s just weird to start a race so late. I’m so used to running no later than 6am, so 11am sounds so late! The waiting around before I can go to my corral will be crazy, but I hope to chat up some other fellow runners and just stay warm.

The week is going to be a great and busy one! I just need to keep my taper craziness at bay as much as possible. I almost feel like it was yesterday that I was waiting to hear if I was chosen in the NYRR lottery to run the 2015 TCS NYC Marathon…now that day is around the corner! Time sure flies. 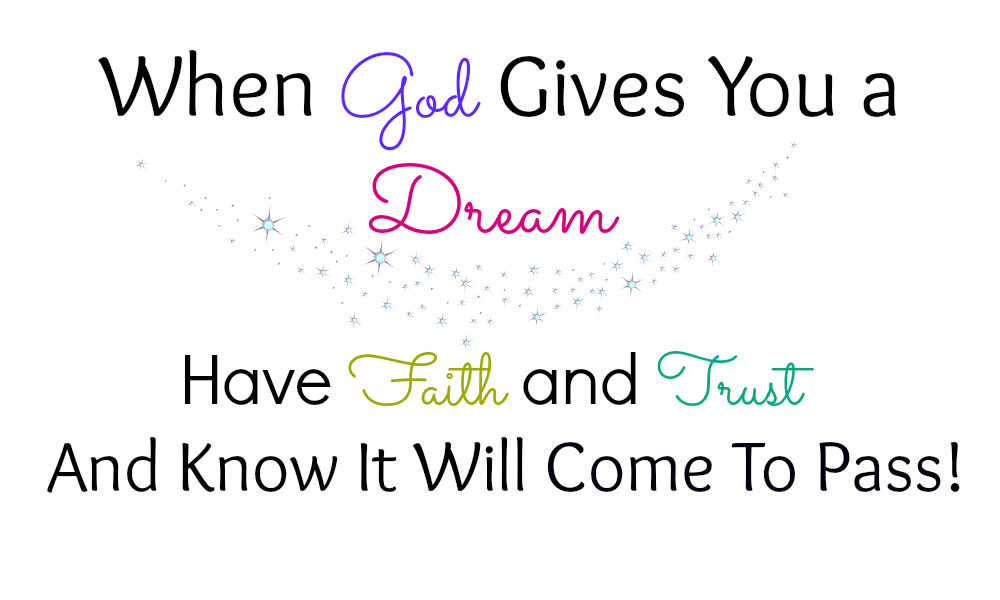 If you would like to track me on race day, my bib number is #69065. You can download the TCS NYC Marathon app in both the Apple store, or Google Play for android.